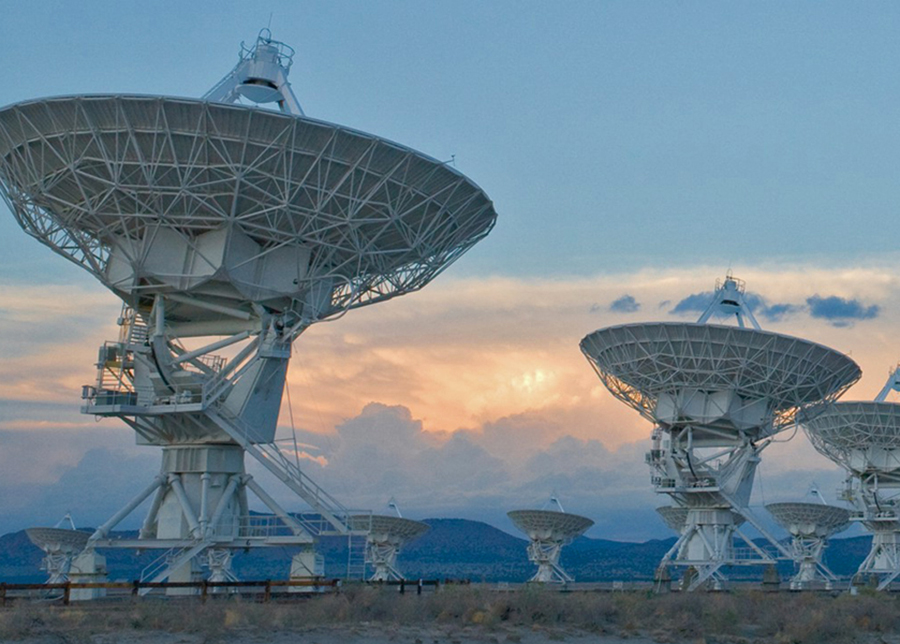 Using five different radio telescopes on three continents – and one X-ray telescope in space – an international collaboration of astronomers has observed a black hole ejecting material at close to the speed of light, out to some of the largest separations ever seen. These observations have allowed a deeper understanding into how black holes feed into their environment.

“This work is another example of how black holes can sometimes put on spectacular light shows,” Richard Plotkin, assistant professor in the Physics Department and a co-author on a paper published in Nature Astronomy this week, said. “Thanks to contributions from multiple telescopes across the world we saw jets being ejected at extraordinary speeds. The ejecta even appeared to be moving faster than light speed, even though they are not – rather they displayed a sort of optical illusion called apparent superluminal motion, which has only been seen a handful of times within our own galaxy. " 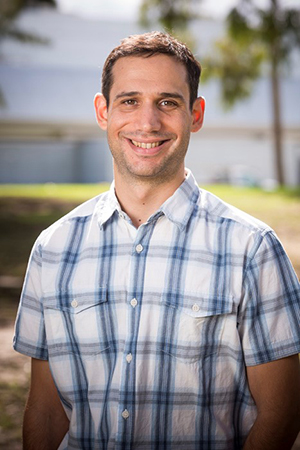 Plotkin, based in the College of Science at the University of Nevada, Reno, spearheaded the team’s observational efforts with the Karl G. Jansky Very Large Array in New Mexico. The system studied in this instance, known as MAXI J1820+070/ASASSN-18ey, contains a black hole within our galaxy and an ordinary star orbiting one another. The black hole, due to its strong gravitational pull, syphons material from its companion star and accretes (accumulates) it. But not all of the material is lost into the black hole as many people expect. Sometimes, outflows are also launched away from the black hole at extreme velocities – almost the speed of light – and can be observed on Earth with radio telescopes.

“Systems like the one studied here spend most of their time accreting very small amounts of material, being barely visible (if at all),” he said. “However, in summer 2018 the MAXI J1820+070 system went into an outburst and became extraordinarily bright.”

The system is in the constellation Ophiuchus, and is nearly 10,000 light years away from Earth.

“I was regularly monitoring this source with the Very Large Array over a three-month period in fall 2018, and I saw extra radio emission that I was not expecting,” Plotkin said. “I reached out to colleagues at Oxford University in the United Kingdom, who I knew were observing the same source with other radio telescopes, particularly with MeerKAT in South Africa. The extra radio emission I was seeing lined up with fast moving jets that they were also tracking with MeerKAT. I was amazed, because the emission from these types of jets usually fade away in just a matter of days to weeks, yet the emission we were observing was several months old.”

At the time of observations Plotkin was based at the International Centre for Radio Astronomy Research – Curtin University, in Perth, Australia.

Joe Bright, a doctoral student at Oxford Universit,y is the lead author of the paper published in Nature Astronomy March 2.

“With these facilities we were able to observe the system launching ejections of material, and we tracked these ejections over a wide range of separations from the black hole,” Bright said. “The final angular separations of these systems were among the largest ever seen from such systems, and they provided some of the best measurements to date on the energy content of such ejecta.”

It turns out that only a small fraction of the energy is radiated away as radio waves.

Co-lead of the project, and co-author on the paper, Rob Fender, head of astrophysics in the Physics Department at Oxford University, said. "We've been studying these kinds of jets for over 20 years and never have we tracked them so beautifully over such a large distance. To see them so early on in the operation of a new facility like MeerKAT is fantastic, and – as is often the case – teaches us not to confidently predict what we're going to see in the future".

“The measurements of these ejecta were possible only because our team pieced together an impeccable dataset, one of the highest quality ever assembled for this type of event,” Plotkin said. “The global scale of this work is one of the aspects that makes science so much fun for me. Being part of an international and collegial team like this is exciting, to be able to contribute data from one of the U.S.’s powerhouse telescopes that has a been a staple of radio astronomy for decades, and to see that data be incorporated with a brand new telescope on a different continent."

The authors on the paper represent Australia, Canada, France, Israel, the Netherlands, South Africa, the United Kingdom, and the United States. This work is published in the journal Nature Astronomy.