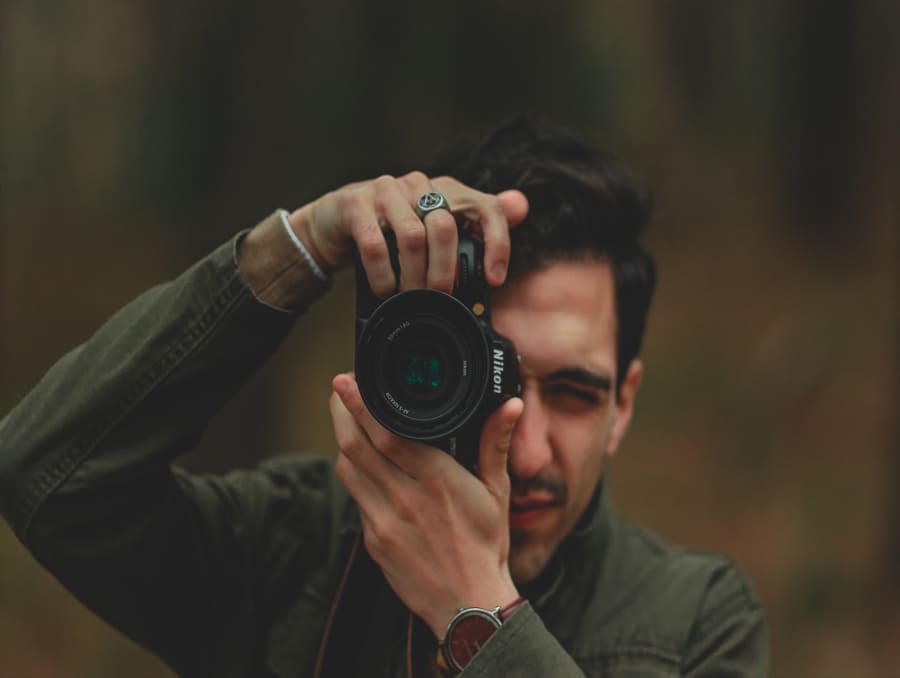 Reynolds School of Journalism student Ben Engel’s honors thesis project could only have been done during this unique time in history. It also happened to be a subject the theater minor was passionate about documenting.

Engel photographed four artists in Reno, Nevada, who reinvented their day-to-day lives to get through the COVID-19 pandemic. He compiled his photos into a photo essay titled “Pandemic Performers.” The photo essay was Engel’s Honors Signature Experience, the capstone project needed to earn his University of Nevada, Reno Honors Baccalaureate.

“I saw what the pandemic was doing to the artist community and how venues were shut down and how there wasn’t a lot of ways for artists to display their art,” Engel said. “I wanted to document their processes and not only how their art has changed but also how their home life and families have changed.”

Engel was experienced behind the camera before he became a journalism student with an emphasis in strategic communications at the University. Originally from Nashville, Tennessee, and raised in Salt Lake City, Utah, he was first introduced to photography in high school and immediately developed a passion for the field.

Prior to working on “Pandemic Performers” though, Engel captured mainly portraits. This project was his first deep dive into photojournalism.

“I had to completely rework my workflow and my editing style, which was definitely a challenge.”

The overall process took Engel around four months to complete, from initial photo-taking sessions to editing, sequencing and finishing the website. He sought to produce something more in-depth than other pandemic-centered stories he had seen.

“I wanted to try and capture a story that was a little bit more all-inclusive, that showed their lives at home with their families,” he said. “I hope it shows people artists are affected outside of where they normally perform. Their entire lives are affected, not just their lives as artists.”

“It was inspiring to see the resilience of artists; pandemic or not, they're out there,” Engel said. “They're trying to showcase their art, and they're doing it in new ways.”

“The big dream is to work for Broadway or in one of the really big theater scenes in America or abroad. The arts have given me so much in my life. If I can get more people to see a theatrical production in their own life, all the better.”