Department has posted a record score of 85 percent in this year’s report, up four points from its previous high-water mark 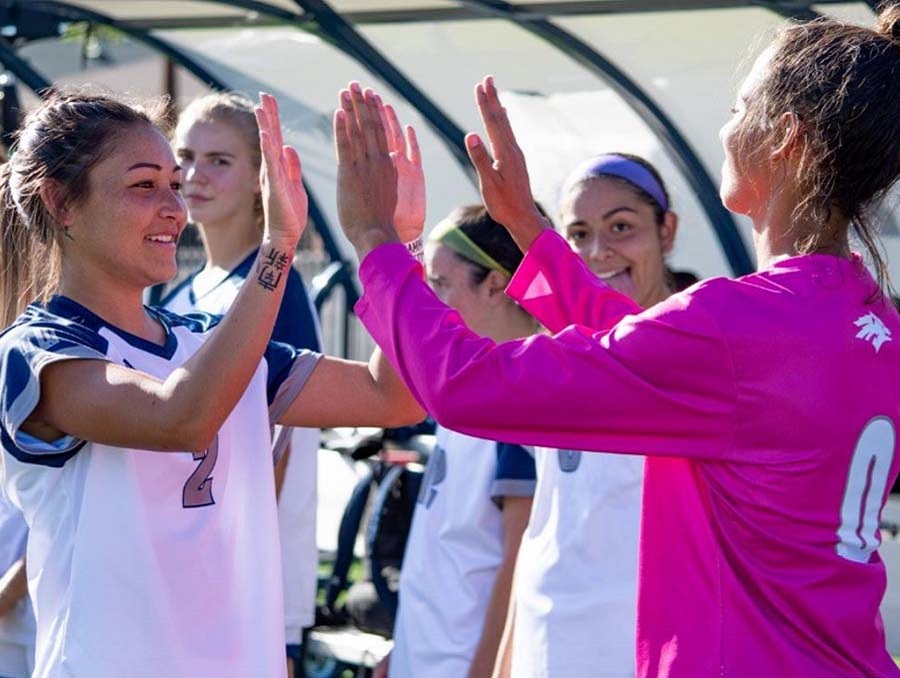 Department has posted a record score of 85 percent in this year’s report, up four points from its previous high-water mark

Student-athletes at the University of Nevada are graduating at an all-time high rate of 85 percent, according to the NCAA's Graduation Success Rate report announced today.

The record score of 85 percent for the Wolf Pack is four points clear of its previous top mark, comes on the heels of another round of strong Academic Progress Rate scores this spring.

“The latest snapshot into the Graduation Success Rate of our Wolf Pack student-athletes speaks to the high level of achievement that is reached when a university, its department of intercollegiate athletics, academic support staff and coaches, and the student-athletes themselves are all working together toward a common goal,” said University President Marc Johnson. “Wolf Pack student-athletes are not only excelling in the classroom but in our community as well through outreach that has been honored in recent years by the Mountain West Conference. I wish to commend our student-athletes and our department of intercollegiate athletics for their notable efforts in reaching this historic institutional milestone.”

This is the 15th year that the NCAA has calculated data for the GSR and the Wolf Pack's rate has risen 10 times in that span. The Wolf Pack's first score was 62 percent in 2005 and the GSR has risen steadily since, setting its previous high-water mark of 81 percent in the 2017 report. Overall, Nevada has seen more than 1,000 of its student-athletes graduate in the past dozen years, a figure that includes 102 student-athletes who walked in commencement ceremonies this past academic year.

"Each and every day, our student-athletes strive for excellence in competition and in the classroom, and we are incredibly proud of their achievement," athletics director Doug Knuth said. "We are steadfast in our support of the academic mission of our great University and are thankful for the commitment and support from the campus administration and the academic units on our campus.”

This year's GSR is based on student-athletes who began enrollment in the fall of 2012 or the spring of 2013 and received athletic aid in their first year of college. The Graduation Success Rate was developed by the NCAA as part of its academic reform initiative to more accurately assess the academic success of student-athletes.

The Division I Board of Directors created the GSR in 2002 in response to Division I college and university presidents who wanted data that more accurately reflected the mobility of college students beyond what the federal graduation rate measures. The federal rate counts as an academic failure any student who leaves a school, no matter whether he or she enrolls at another school. Also, the federal rate does not recognize students who enter school as transfer students.

The GSR formula removes from the rate student-athletes who leave school while academically eligible and includes student-athletes who transfer to a school after initially enrolling elsewhere. This calculation provides a more accurate appraisal of student-athlete success. The rate also allows for a deeper understanding of graduation success in individual sports than the federal metric, which provides only broad groupings.