"It’s important that there are people doing what I do because we can help our community by teaching them how to have a healthy lifestyle."

"It’s important that there are people doing what I do because we can help our community by teaching them how to have a healthy lifestyle."

"What motives me to do what I do is contributing a little something to better the health of low-income families," Ana Nunez Zepeda said of her job as a community-based nutrition instructor with University of Nevada Cooperative Extension.

She began in the job about four years ago.

"It was a very meaningful opportunity," Ana said, "because that’s when I started to realize how my education will bring new opportunities."

Ana teaches nutrition programs to low-income families. A typical day at work has her preparing a lesson, grocery shopping for lesson supplies and then teaching a nutrition topic to families at five Reno Housing Authority sites.

"Teaching nutrition lessons to low-income families has a great social impact," Ana said. "It’s important that there are people doing what I do because we can help our community by teaching them how to have a healthy lifestyle."

Ana said families in her Coordinated Approach to Child Health, or CATCH, programs learn why eating healthy is important. They also learn, she said, simple small changes that they can include in their busy lives to better their health. 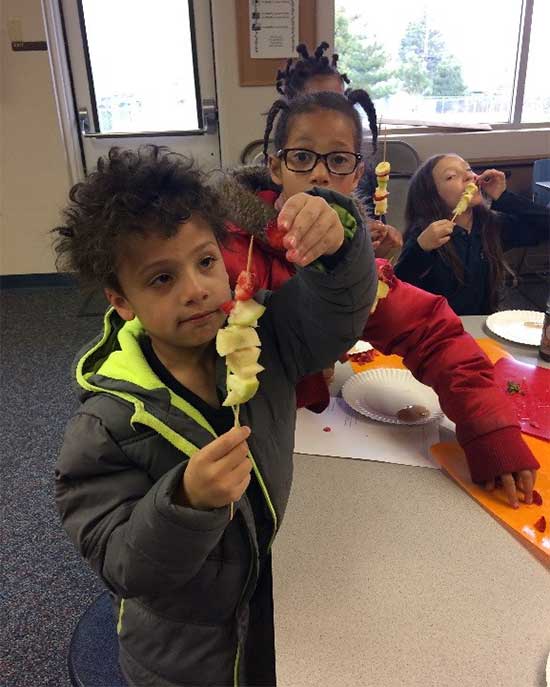 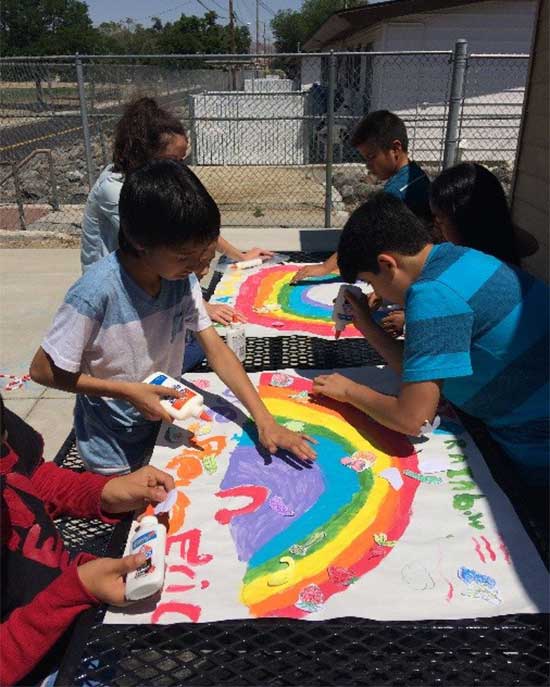 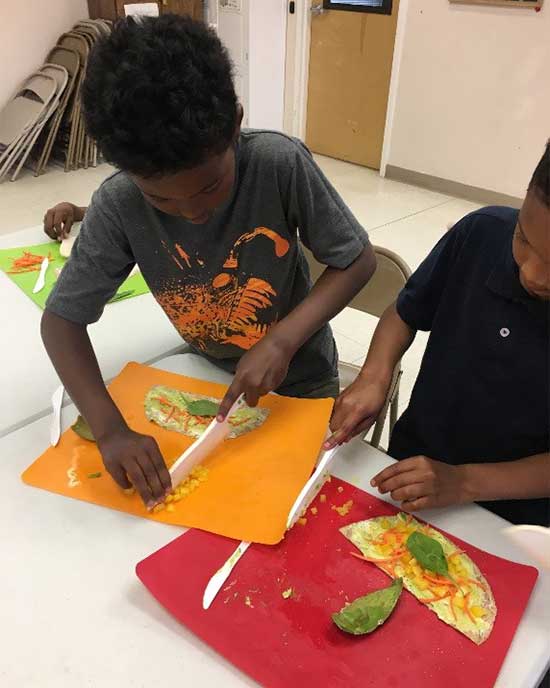 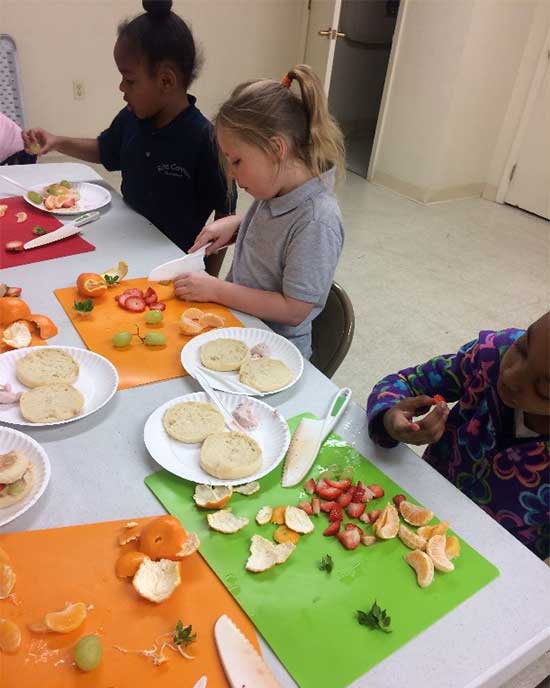 Through her Cooperative Extension work, Ana helps Nevada communities. Her work helps her too.

"Cooperative Extension helped me greatly to accomplish what I have done so far," Ana said. "Working there during my undergraduate was definitely the best thing that I could have done."

As an undergraduate, Ana studied nutrition in University of Nevada, Reno's College of Agriculture, Biotechnology & Natural Resources (CABNR). She graduated this May.

"I chose the nutrition field because I've always been interested in healthy eating," Ana said. "Knowing that I can make a difference in helping with the epidemic of obesity and chronic diseases will be my greatest satisfaction." 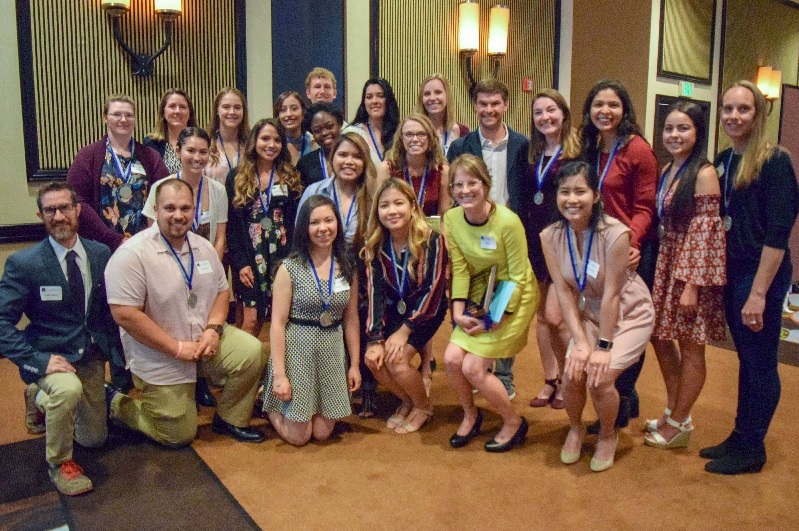 Balancing her nutrition work and education with her personal life was difficult. It took sacrifice. The hardest part was the lack of time she had with her family, but it was her family who motivated her to go to college.

"I chose to go to college because I knew education is the key for bigger opportunities," she said, "and coming from a big family with no academic background, I knew I had to be the one starting a new future for my family."

Her family was there for her as she started that new future.

"Even though my parents had limited knowledge about college," she said, "they did everything to support me because they knew their efforts will have a recompense."

She wanted to make her family proud. And, she wanted to show them that anything is possible.

She said, "My success pays off my parent's hard work and motivates everybody in the family to continue with our dreams because by working hard and being persistent dreams do come true."

Ana, the youngest of ten siblings, has 20 nieces and nephews. She hopes they will be encouraged by her example and will top her academic success.

"I knew at the end, it was not only to better myself but also to improve the future of my nieces and nephews," Ana said. "Even though I missed some of their birthday parties, now they see me as a role model, someone in the family who pursued a higher education." 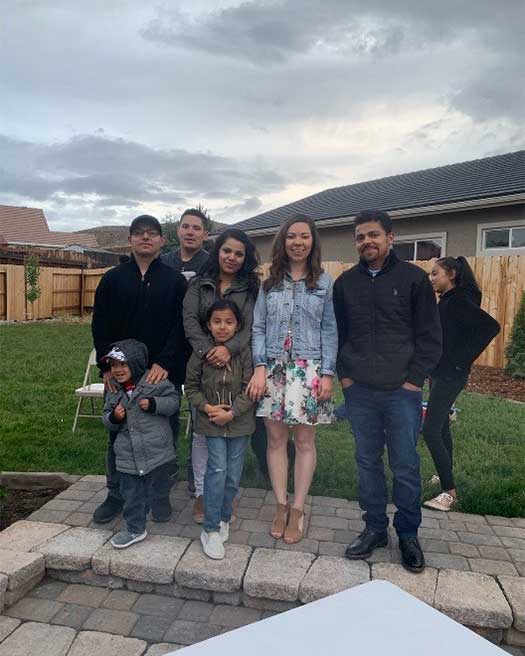 Ana (third from right) at her graduation celebration with some of her siblings. Photo courtesy of Ana Nunez Zepeda. 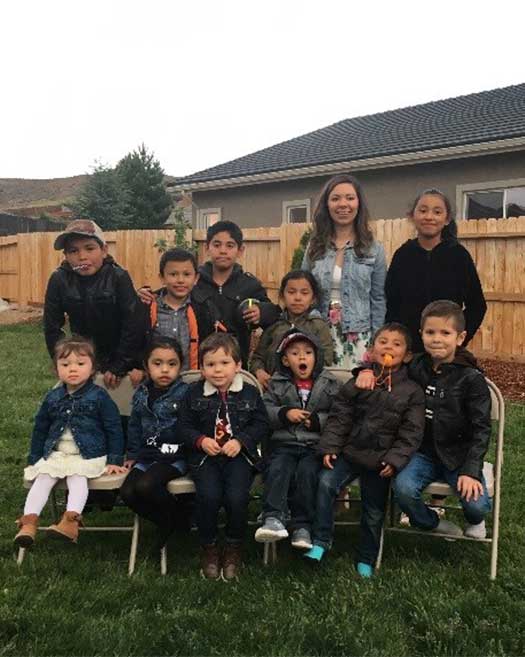 Ana (back row, second from right) at her graduation celebration with about half of her nieces and nephews. Photo courtesy of Ana Nunez Zepeda.

Her work and schooling has helped her to be a family role model not only for education but for health too.

Her father has diabetes, and he greatly appreciates it when she explains what his doctor means when the doctor says to count carbs and maintain a healthy blood sugar level. And, she is the aunt who offers fruits and vegetables to nieces and nephews instead of candies and sweets. 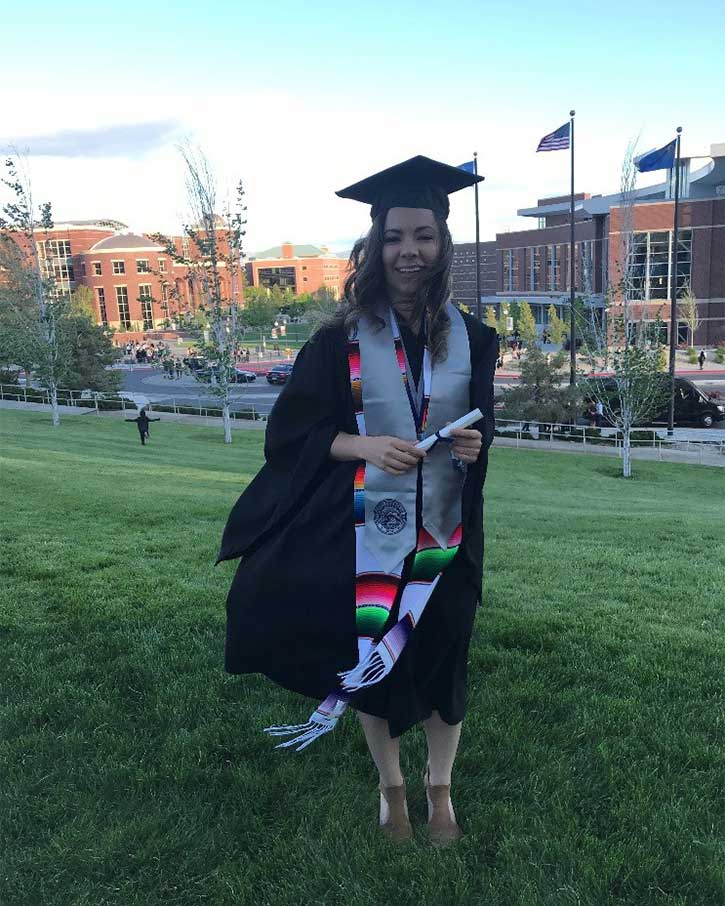 Ana graduated May 2019 from the University's College of Agriculture, Biotechnology & Natural Resources with a bachelor's of science in nutrition. Photo courtesy of Ana Nunez Zepeda.

A first-generation student, Ana is very proud to be the first in the family to receive a bachelor's degree. Her parents are proud too.

"It’s very significant for my parents," Ana said, "because they were only able to do few years of elementary school."

Ana was born in Mexico. She came to the U.S. when she was 13 years old.

"Arriving in the United States was a life-changing event," Ana said. "Not only did I have to learn a new language, I also had to assimilate into a new culture."

She felt behind at school compared to her classmates because she had to learn English as well as the subject material. What motivated her in school then was the opportunity to seek a better future.

At the University, Ana always found a reason to continue on with her hard work at school, even though, she said, her life during college was hectic.

During the week, she would start the day at work before heading off to class. After class, she would return back to work. And, once the workday was done, she would go to back to campus to complete her school assignments.

Saturdays were for family, friends and housework. Sundays were for studying. Early mornings or late nights were for preparing homemade lunches and dinners.

"Eating healthy and exercising was very important to me because they definitely helped me to focus on work and to study as well as helped me to have fewer days of getting sick," Ana said.

Carving out time in her busy schedule for family and health was important to Ana. And, on this schedule and with her family's support, Ana earned her degree.

It was a big step, she said, to continuing her career path.

She plans to continue to work in Nevada's communities through Cooperative Extension.

"It is important to me to return back their great support throughout my undergraduate," Ana said. "And now I can deeply apply my knowledge and skills into my work and continue growing professionally."

Ana's family is happy with her career choice, but she isn't stopping here on her career path.

"My career goals are to continue with my education either by getting a master’s degree or becoming a Registered Dietitian," she said. "Ultimately, I would like to have both and perhaps think about getting a doctorate."

To that end, she'll soon apply to a master's program in nutrition or to a dietetic internship.

Ana said one of the speeches from commencement resonated with her and her future plans.

"President Johnson's words ring into my head over and over again: 'Continue on the road that you already are on,'" she said. "I will continue with my education."