'It's an awesome realization of how far we've come'

On March 1, 1869, Nevada made history by becoming first state to ratify 15th amendment 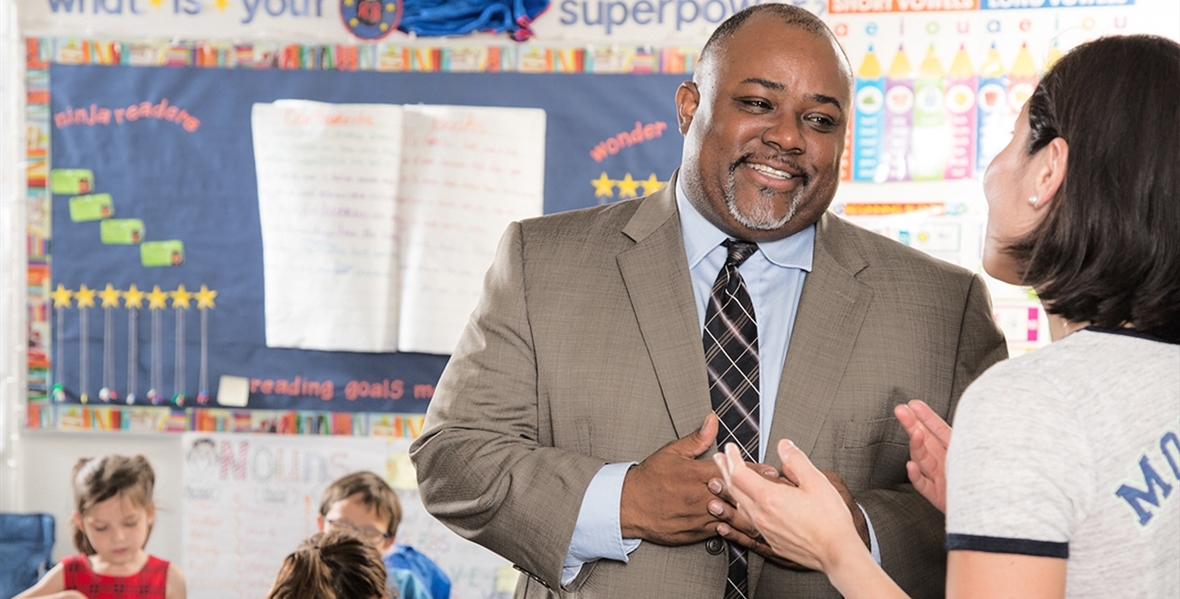 'It's an awesome realization of how far we've come'

On March 1, 1869, Nevada made history by becoming first state to ratify 15th amendment

When Jason Frierson came to Nevada as a student-athlete at the University of Nevada, Reno a little more than three decades ago, he had no inkling about the state's role in the passage of the 15th amendment.

His has been a history-making life since then. But long before he made history, Frierson had no idea that the state that would turn out to be his home also had a hand in an important moment in the nation's history.

150 years ago today, March 1, 1869, Nevada made history when it became the first of several states to ratify the 15th amendment, which gave African-American males the right to vote. To commemorate the milestone, T-shirts will be distributed in the student section of the Nevada Wolf Pack men's basketball team's final home game on Saturday, March 9 at Lawlor Events Center.

In the years that Frierson has come to live in Nevada - first as a promising running back whose career for the Wolf Pack was cut short by knee injuries, then as ASUN president in 1994 (he served in student government that year along with Steven Horsford, who today is one of Nevada's members of the U.S. House of Representatives), and later, in his role as one of the state's leading progressive voices in the State Assembly - he has also come to understand and appreciate his state.

"Thirty-plus years ago, when I first came to Nevada, this wasn't a very diverse place, particularly in northern Nevada," he said. He added with a smile, "I've come to learn, though, that Nevada certainly has an independent spirit that you see running through this state on a daily basis. I think in hindsight, regarding the 15th amendment, maybe Nevada's role in its ratification isn't all that surprising.

"Take a look at where we are right now, at this moment, in the legislature."

Indeed, Frierson is leading the most diverse Nevada Legislature in history. Nevada is the first state in history to have a female majority in the legislature, and it's the first time where both the speaker of the assembly and the majority leader in the senate are African-American.

"When you look at where we are today, we've been out front, in a lot of ways," he said.

Frierson is the first admit that the road to where Nevada is today has been uneven and often fraught with challenges and setbacks. Even today, he knows that the work isn't over; in fact, as he recently talked about ensuring the rights of all Nevada voters, it was apparent that in many ways, the work is only just beginning.

"We still need reforms, we still need to make sure, particularly given the tone in our nation's capital, that we make sure all votes are always counted," Frierson said. "If anything, the lessons we have learned from the passage of the 15th amendment, what it has meant for the past 150 years and what it will mean 150 years from now, these are lessons that are actually magnified ... with the passage of time, they've become even more important, to all of us."

150 years ago, there were numerous individuals involved with Nevada's role in the passage of the 15th amendment. One of the most important was Dr. W.H.C. Stephenson, an African-American who was born in Washington, D.C., sometime in the 1820s. He was trained at the Eclectic Medical Institutes in Philadelphia, and arrived in Virginia City sometime around 1863 to practice medicine. Over the next several years Stephenson would organize, write and speak on behalf of the African-American struggle to gain the same rights as whites.

According to most histories about Nevada's Comstock Lode era, there were fewer than 100 African-Americans in Nevada. The Nevada ACLU has called Stephenson "One of Nevada's first Civil Rights leaders," noting that "Dr. Stephenson advocated for the rights of African-Americans to fully participate as citizens through petitions that address access to public education and the ability to testify in a trial."

Claytee White has written of Stephenson, "Stephenson began the fight for political inclusion of blacks as early as 1865, when he helped organize the Nevada Executive Committee with a mission to press for legal equality. The committee united blacks in Virginia City, Silver City, and Gold Hill. This larger group agitated effectively to seek equal representation in small ways, such as securing participation in city parades, and in large, tacking such significant issues as serving on juries and having access to schools."

Stephenson saw the struggle in its most real and stark terms: Truth v. Error, Right v. Wrong. He effectively used his skills as a writer and as an activist to help inspire others to closely examine issues of equality. He wrote, "The Spirit of Liberty is again being kindled in the hearts of the people, and tyrants tremble," and, "It is a contest with Liberty arrayed on one side, and Tyranny, of the foulest and most despotic character, on the other. It is a conflict of force against right - of truth and error ... the final result will be to establish the principles of freedom and to obtain an extension of individual liberty."

White noted that Stephenson, as president of the Nevada Executive Committee, went directly to the Nevada State Legislature, pushing for African-American rights: "He subsequently drew up a petition that was presented to the legislature in February 1866 requesting that ‘colored people be allowed to testify in civil cases.' The petition also called for black access to public schools since they paid taxes." In a speech delivered before a predominantly white audience in Virginia City, Stephenson said, "It is for colored men (to) ... fearlessly meet the opponents of justice ... Let colored men contend for ‘Equality before the Law.' (We want) nothing short of civil and political rights."

Stephenson, of course, wasn't alone. Another voice advocating for more rights belonged to the African-American writer Thomas Detter, who lived in Elko and later, Eureka. He would arrive in Elko in March 1869 and would live in Nevada until at least 1883. In writings previous to his arrival in Nevada, Detter clearly laid out what was at stake. In October 1868, Detter wrote, "We claim this to be our country and our home, and nothing less than the rights of freemen will satisfy us." He had written earlier, in 1866, that "... if Congress has the power to declare us citizens, it should have secured to use the same rights and immunities others enjoy ... I say we are American citizens with no political rights ... we are freemen and still oppressed in our native land ... slavery is fallen, but it is not dead, oppression is still striving to fetter justice and to lull the voice of freedom."

Nevada's role in the ratification of the 15th amendment occurred quickly. Former State Archivist Guy Rocha wrote that, "Congress passed the landmark legislation on Feb. 26, 1869, and (Nevada U.S. Sen. William) Stewart, as one of the principal sponsors, immediately telegraphed the news of congressional passage to the Nevada Legislature so that it could act before adjournment.

"The telegram signed by Stewart, James W. Nye, Delos R. Ashley (the outgoing member of the House) and Thomas Fitch (the incoming member of the House) was received in Carson City at 8AM on February 27. On the following Monday, March 1, 1869, Nevada was the first state in the nation to ratify the 15th amendment. (Nation-wide) Ratification was completed on Feb. 3, 1870, and the U.S. Secretary of State declared in a proclamation dates March 30 that the legislatures of 29 of 37 states had ratified the amendment."

Stephenson became one of the very first African-Americans in Nevada to register to vote. Wrote White: "He registered to vote as soon as the 15th amendment passed and urged fellow black men in Virginia City to do the same." Stephenson went on to represent Nevada on the National Executive Committee in Washington, D.C. He is believed to have died sometime in 1873.

Detter, in a speech given in Elko in honor of ratification of the 15th amendment, said, "... this Government was founded upon the idea that all men were created equal."

There was much more work to do over the next century and a half. Women, for example, could not vote in Nevada until 1914. Women such as University graduate Anne Martin (who had also taught at the University) led the movement in the state, which "resulted in women, age twenty-one and over, getting the right to vote and hold office in 1914," Rocha wrote.

Just as Stephenson had written more than 150 years ago, there was still truth and error, much right and wrong, that Nevada would experience.

Against that background, the words of Jason Frierson in his State Assembly leadership office just a few days before the March 1 150th anniversary of the ratification of the 15th amendment seemed all the more poignant.

"It's an awesome realization of how far we've come, not only as a nation, but as a state," he said. "It's all a culmination of the idea that 150 years ago, the country did the right thing. We need to keep facing these issues head on. There are a lot of uncomfortable truths involved with this history; but it's especially important to always remember that when we learn from these uncomfortable truths, we become a better state, a better nation, and a better people."

"Dr. Stephenson advocated for the rights of African-Americans to fully participate as citizens ..." from "One of Nevada's First Civil Rights Leaders," Feb. 25, 2011, aclunv.org

Stephenson on the Nevada Executive Committee from "My Nevada 5: The Black Pioneers Who Helped Tame Virginia City," by Claytee White, Feb. 19, 2014, unlv.edu

Stephenson writing, "The Spirit of Liberty is again being kindled in the hearts of the people ..." from a letter published in the Pacific Appeal newspaper, referenced in "Thomas Detter: Nevada Black Writer and Advocate for Human Rights" by Elmer Rusco, Nevada Historical Quarterly, Fall 2004.

"He subsequently drew up a petition that was presented to the legislature in February 1866 requesting that ‘colored people be allowed to testify in civil cases,'" from "W.H.C. Stephenson (1825-circa 1867) by Claytee White, Jan. 26, 2007, blackpast.org

Stephenson speech in Virginia City before a predominantly white audience, from "Justice, Slow But Sure: The Civil Rights Movement In The West: 1950-70) by Quintard Taylor, Nevada Law Journal, Fall 2004.

Anne Martin background and role in Nevada suffrage movement from "Who was the first woman to run for the U.S. Senate," by Guy Rocha, Sierra Sage, Carson City/Carson Valley, December 1999.

Stephenson registering to vote and encouraging others to the do same after passage of 15th amendment, from "W.H.C. Stephenson (1825-crica 1873) by Claytee White, Jan. 26, 2007, blackpast.org

Detter, in a speech given in Elko, from "Thomas Detter: Nevada Black Writer and Advocate for Human Rights," by Elmer Rusco, Nevada Historical Quarterly, Fall 2004.