Where is blockchain used?

Nathaniel Jones, CISSP and a blockchain instructor at the University of Nevada Reno, Extended Studies, explains where blockchain technology is used beyond Bitcoin

Where is blockchain used?

Nathaniel Jones, CISSP and a blockchain instructor at the University of Nevada Reno, Extended Studies, explains where blockchain technology is used beyond Bitcoin

When you hear the word blockchain what comes to mind? You may associate it with Bitcoin, but blockchain is much more than just Bitcoin. A blockchain at its core is a distributed ledger with an immutable or unchangeable record of transactions or assets. So anywhere there’s a need to keep track of something, you might soon find blockchain. Blockchain rapidly is growing from its cryptocurrency roots to finding its place in government and industries like healthcare, real estate and transportation.

The U.S. Postal Service (USPS) has filed a patent in blockchain technology, and it is looking into increasing efficiency, security and establishing an identity verification system or Digital Identity on blockchain. A 26-page report issued by the USPS Office of Inspector General stated, “Identity services are one of the biggest areas of opportunity in the blockchain community, and the Postal Service, as a highly trusted government agency, would be well-suited for a role in identity verification.” The USPS report continued, “Customers could use these verified identities to log in to secure websites, notarize documents or participate in smart contracts.”

Leafy greens may not be the first thing you think of when you think of blockchain, but in the wake of an outbreak of E. Coli in 2018, Walmart worked with IBM to deploy a blockchain-enabled Food Traceability Initiative. Consumers now will have an unprecedented ability to see exactly what, when and where their food comes from, and this helps to create a new level of trust and transparency in the food industry. Walmart will require farmers and food suppliers to have these blockchain-enabled systems in place by the end of 2019.

The social media company Facebook also has launched a cryptocurrency called Project Libra with 27 other partners such as Coinbase, Mastercard, Visa, eBay, PayPal, Stripe, Spotify, Uber, Lyft and Vodafone. This project differs from other cryptocurrencies such as Bitcoin and Ethereum as Project Libra is a stablecoin designed to minimize the volatility of the price and is backed by a reserve fund, while Bitcoin has a volatile value. 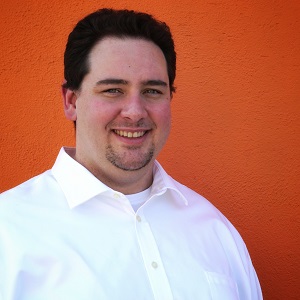 Nathaniel Jones, CISSP is a blockchain instructor at the University of Nevada Reno, Extended Studies. He is one of the instructors for both the Blockchain Basics and Advanced Blockchain for Business certificate programs. His interests are in Linux, open source software/technologies and security research. Currently, he develops blockchain projects as a blockchain consultant.

From an undergraduate Sports Management minor to an Executive Certificate in Sports Management, the new program is set to ‘develop leaders and instill best practices in the sports industry’