Allison D. Evans, assistant professor of political science at the University of Nevada, Reno, has published an article that focuses on protests and strikes from Russian steelworkers in the journal  Economy and Society. The article is part of Evans’ larger research about Russian protests in the 1990s, more specifically after the dissolution of the Soviet Union. 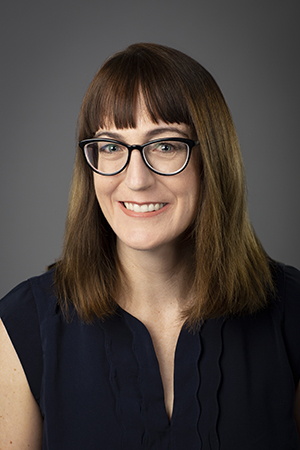 Students studying political science may not recall the tension during the Cold War and what it meant for world politics, but many are aware of the current state of affairs between Russia and the United States. The College of Liberal Arts promotes the University’s mission to serve the cultural needs of the citizens of Nevada, the nation, and the world by supporting researchers like Evans, who has used her research to accurately document a portion of Russian history that until recently was misunderstood.

“I got the sense that we had missed the story about what actually happened in 1990s Russia, which is important because it is such an integral time period for Russians. I really wanted to get the story right in terms of what happened to ordinary people and the average experience,” Evans said. “And, I was reading news from that time period, analyzing my data and thought well, contrary to belief, there were a lot of protests.”

Evans has been inspired to study Russian politics for a large portion of her life and even focused her dissertation on comparing protests in different Russian cities. From the data she collected from her previous research, Evans realized many scholars might have been incorrect about why and where protests occurred.

“I researched provincial industrial cities because everybody knows about Moscow and Saint Petersburg, and I wanted to gather how average people who went through this eight-and-a-half year period of turmoil figured out how to make it work – or not,” Evans said.

In comparison to the United States, where protesting is a time-honored tradition and protected under the Bill of Rights, the number of protests in Russia may not seem like many protests.

“But you have to remember,” Evans said, “these are people who had previously been living under an authoritarian regime that didn’t tolerate protest. So, the fact that it sprung up when things started to change is something to think about. It’s important to research why this change of behavior occurred.”

As a result of the Soviet Union collapse during that time, the Russian people were trying to create a democracy, create a capitalist economy and revamp their society altogether.

“They were trying to do three things at once, and it was a total disaster,” Evans said. ”If you think about it in a comparative way with Reno. Imagine if, all of a sudden, nobody came to casinos anymore; Tesla didn’t have any orders and all of the workers who worked for the state – professors, teachers, police, etc. – stopped getting paid, but were still expected to go to work. That’s what was happening in these places in the ’90s.”

Within the Russian steel industry, and in opposition to what some researchers might expect, Evans’ data showed that steelworkers protested.

“There’s a big controversy in sociology and political science about when to expect workers to strike,” she said. “Steelworkers, in particular, don’t seem to follow any pattern. There’s a belief that steelworkers wouldn’t strike in Russia because of their dependence on their jobs for everything, but I had this data that showed they actually did. There were plenty of strikes, but my data also showed that they protested in other ways. They hadn’t really given up fighting for their rights.”

Evans stands out front of the main library in Cherepovets, Russia where she researched a larger steel company of the region.

Evans’ article explains why Russian steelworkers responded in different ways. One steel company actively protested because the company had been bought by a foreign entity, and another had multiple unions that all protested to be seen as the best union. Workers at another companydidn’t outwardly protest and instead advanced their interests by working directly with their employers.

“Those who worked for a domestic steel company weren’t as likely to strike because they realized that their company wasn’t getting any orders and that if they went on strike, it wouldn’t make a difference,” Evans said. “Instead, they tried to negotiate behind the scenes to make their work better for themselves. They took a much more ‘let’s do this together’ approach.”

Evans showed that the strategies of the workers largely depended on the particular circumstances at the steel company. The fact that steelworkers reacted, even if in different ways, advances the understanding of how workers react to dramatic changes in their jobs and the economy and helps clarify why earlier research found that Russian steelworkers didn’t protest their circumstances after the fall of the Soviet Union.

Evans is currently working on a book with her research on Russian protests.