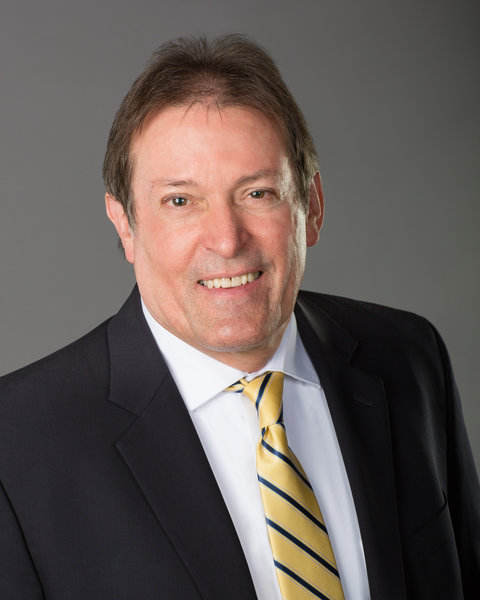 After a career spent working with computer simulated earthquake research studying ground motion and bridgework, David McCallen has turned toward hardware experimentation analysis as the Director of the University of Nevada, Reno's Center for Civil Engineering Earthquake Research, or CCEER. And as his new projects begin, McCallen, who joined CCEER in July, sees the department's opportunity to lead earthquake technologies research.

Most recently, McCallen held the position of Associate Vice President for National Laboratories in the University of California Office of the President, where his continued pursuit of earthquake analysis eventually led to the work he will be a part of at the University of Nevada, Reno.

"I always tried to keep doing technical work and research while I held that administrative position, so I started a couple of large projects," McCallen said. "One of them involved developing a simulation tool for analyzing soil and structure systems. If you think about a building and the soil around it, those things are coupled and they interact with one another when an earthquake happens. So, right now, the Lawrence Berkeley National Laboratory is part of building an entirely new software that can model that coupling, and here at Nevada we'll be working on the experimental side of this project."

McCallen, and faculty with CCEER, will be developing a large soil box, which will hold structures on top of the shake tables that are a part of the University's renowned Earthquake Engineering Laboratory, and simulate earthquake motions to track how the structures act on top of the soil box and interact with the supporting soil. The project is part of a $4.8 million grant Ian Buckle, civil and environmental engineering professor, received in 2015 for the design and construction of the soil box and its shake table.

"We're working on this here at Nevada so we can better understand the phenomena and to validate our computer software," McCallen said. "Very few places in the country can generate earthquakes on a weekly or monthly basis with the efficiency that we have here. It's such a wonderful test-bed for not only looking at concepts, like we've done historically, but looking at new technologies for monitoring and assessing damage."

Along with his initial research, McCallen wants CCEER to be a part of the testing and development of new earthquake technology.

"In my view, we're kind of at the beginning of a renaissance time for civil engineering," McCallen said. "Since we as a country went through an era of building-out our infrastructure, so much has changed. The information technologies have completely exploded. Just look at the phone in your pocket. So things like monitoring a structure, where historically we've had to drag cables all over and put accelerometers everywhere, has really begun to take off with new sensors and wireless communication. And for the Center, strategically, we want to anticipate and be a part of the development of these new technologies."

Building foundations for earthquake analysis
McCallen, whose undergraduate work took place at California State University, Chico, became involved in earthquake research during his time as a graduate student at the University of California, Davis.

"At Davis I got deeply interested in earthquake analysis," McCallen said. "It was something that had a close link to earth science which I've always been interested in, and I really appreciated that multi-disciplinary characteristic of earthquake research."

As a graduate student, and into his professional career, McCallen worked for the University of California National Laboratories at Lawrence Livermore Lab and Lawrence Berkeley Lab.

"At the Livermore lab, I was part of the structural and applied mechanics group for the first part of my career," McCallen said. "I was involved in developing and utilizing high performance computing to predict the response of structures in extreme earthquake environments."

Having been a part of earthquake research during formative years of the discipline's growth and his own academic and professional career, McCallen is excited to now be a part of helping CCEER grow its department as new faculty members join.

"There are internationally recognized professors here in civil engineering who have been the backbone of the department and its research," McCallen said. "We have two postings out now for new faculty, and hiring new faculty is incredibly important because it's the future of the department's research. They're the next generation and it's exciting to have a mixture of senior researchers and new members that can add a spring to what's being done on campus."