The Nevada System of Higher Education Board of Regents announced the 2017 winners of their Regents' Awards this spring, which are given to teachers, advisors and students across all of the state's eight institutions as recognition of superlative performance in the areas of research, advising and education. Two faculty members and two students from the University of Nevada, Reno have received awards this year.

Sarah Cummings completed her undergraduate work at Haverford College in Haverford, Pennsylvania, where she 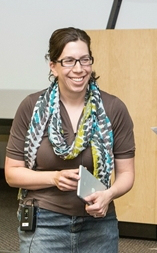 appreciated her close relationship with her professors, specifically the way they helped their students to mature as scholars. During her time at Haverford, Cummings became fascinated with the role that professors played in the development of undergraduate students.

"That was such an important time for me," Cummings said. "I really value the opportunity to work with students in that same part of their career."

Cummings went on to do her graduate work at Columbia University. It was there, while working with undergraduate students, that she was bitten by the teaching bug.

After some time in Utah doing post-doctoral work, Cummings made her way to the University of Nevada, Reno, where she now serves as a lecturer and organic chemistry coordinator.

"The position really brought together the things I am interested in," she said. "Close one-on-one interaction with students through undergraduate advising, teaching in a classroom setting, largely at the undergraduate level, and overseeing an organic chemistry laboratory program."

Cummings has taken her opportunities since arriving at the University in 2007 to develop student skills in the lab and modernize the curriculum to include new experiences. Her innovations in the classroom brought her to the attention of the Board of Regents, who awarded her with their 2017 Regents Teaching Award.

"This is so obviously a highlight in my career," Cummings said. "It's amazing to be recognized for teaching."

Pamela Sandstrom fell in in love with science as a physiology major at the University of California, Davis. While there, she 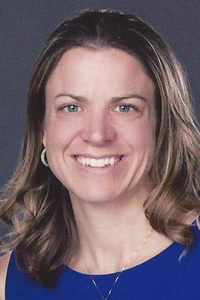 became a teaching assistant overseeing student work and providing them guidance. After receiving her undergraduate degree, she came to the University of Nevada, Reno, for graduate school. She graduated with her doctorate degree in 2007 and began teaching at Truckee Meadows Community College. A year later, she got the opportunity to teach in the University's biology department, and she jumped at it. Not long after starting in her new job, she was asked to start advising students.

"I've always enjoyed helping students in the lab and advising them on the classes they should be taking as an undergrad," Sandstrom said. "To me, advising and teaching are very similar. You're just trying to help undergrads through their education."

Sandstrom has worked hard in her role, teaching at the same time she advises and writing dozens of letters of recommendation for graduating seniors. She has received praise for her innovative approaches to helping students. This year, praise has turned to accolades with the Board of Regents awarding her their Academic Advising Award.

"I am really honored, and it's really exciting for my work to be recognized," Sandstrom said. 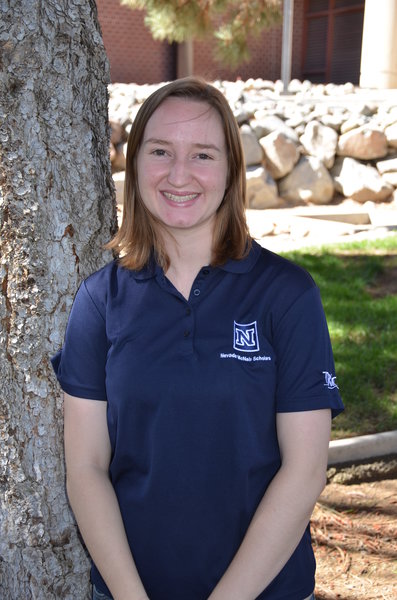 experiences with the University's astronomy club inspired her to make a change. Initially apprehensive that the job market for physicists wasn't as robust as for engineers, she overcame those fears, changed her major, and has excelled ever since.

"I've done research in a couple different areas in physics," Casey said. "I was really interested in physics education."

For her thesis, Casey developed materials and lesson plans with the intent of refocusing classroom time on active learning.

"I wanted to make in-class time more about activities and demonstrations, rather than just listening to a lecture," Casey said.

Casey's work in sharing her passion for physics with other students is certainly a reason why the Board of Regents has recognized her this year with their Undergraduate Student Scholar Award. The honor caught Casey off guard.

"I was really surprised," Casey said. "You don't always think that you're as good as some people say you are. It means a lot to me because it proves to me that I'm worth something."

Angela Hornsby, former graduate student in the College of Agriculture, Biotechnology, and Natural Resources, completed her doctorate degree at the University in fall 2016 within the Ecology, Evolution, and Conservation Biology program. Her research focused on how small mammals reacted and adapted to climate differences across both space and time.

"There are many ways to approach this question, and my advisor, Dr. Marjorie Matocq, gave me a lot of flexibility to decide what I thought were the most interesting aspects and what methods I could use to investigate them," Hornsby said.

Hornsby's work was supported by a National Science Foundation EPSCoR graduate fellowship, which funded a number of NSHE students working on various aspects of climate change science and education. She also received competitive research awards from the University's Ecology, Evolution, and Conservation Biology program, Graduate Student Association and the American Society of Mammalogists.

Hornsby is now a post-doctoral research associate at Virginia Tech, Virginia, where she has been since January 2017.

"I'm currently working with Dr. Joel McGlothlin to understand the genetic basis of adaptation in reptiles and birds to naturally occurring toxins in their prey," she said. "This project is a great complement to my doctoral work, allowing me to learn more about molecular evolution and bioinformatics. I'm gaining new skills that will be very helpful in future research."

Hornsby said that her goal is to stay in an academic position so that she can put her diverse skills and interests to use.

"I'd like to find a position that allows me the opportunities and flexibility to keep pursuing my research program, offer great training and learning opportunities for students, continue utilizing and working with natural history collections, and be genuinely involved in outreach efforts to make science - our way of asking questions and sharing information about the world - feel more accessible and relevant to the public," she said.

Hornsby was selected as the 2017 Graduate Student Regents Scholar by the Nevada System of Higher Education.

Professor in the Department of Natural Resources and Environmental Science, James Sedinger, was selected as the 2017 Regents' Academic Advisor Award for his exemplary graduate student advisement. Sedinger's research interests include the study of life-histories, population biology and nutritional ecology of avian species, particularly waterfowl. He is also interested in the application of such knowledge to the management of wetlands, waterfowl and other avian populations and to the training of students.