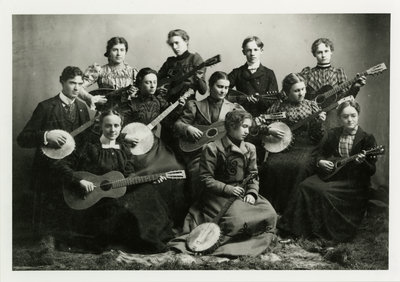 Interact with the project.

The project, created by Library staffer Natasha Majewski, recognizes the many achievements of women on campus from as early as 1904. It includes, but is not limited to, stories of the suffrage movement on campus, women in science, women bridging cultural divides, the rise of feminism, women in medicine, women's sororities, clubs and secret societies. A sample of the colleges and departments included in the project are history, mining and engineering, agriculture, the Associated Students of the University of Nevada (ASUN), Wolf Pack Athletics, biology, the Nevada Sagebrush and many more.

"Women's social norms and roles have shifted since the inception of the University," Majewski said. "Through photographs, audio clips, newspapers and yearbooks, we can begin to understand a small part of the story, history and significant role women have played on campus." 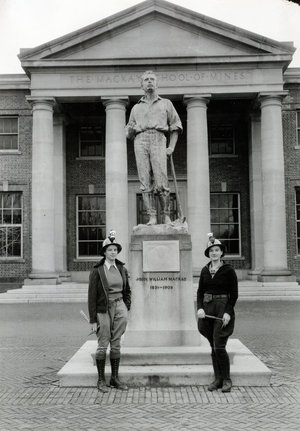 One woman of significance featured in the project includes the University's first faculty member, Instructor and Librarian Miss Hannah Clapp. Miss Clapp, a pioneer woman came to Nevada on a wagon train. She was known for her grit, capability, and tough-as-nails attitude and set a precedent for the many fierce women who would follow her. Others like her featured in the project have peppered our campus landscape with intelligence, fearlessness, and innovation.

"The goal of this project is to help current Nevada female students, faculty and staff recognize the achievements of the women who have come before us," Majewski said. "The project is a source of pride and illustrates the hard-fought battle female history-makers on campus endured to help future generations succeed."

From online to real space

While the project is digital in nature, there is a "real world" component to it. Approximately 10 images from the digital project will be on display in a variety of locations, colleges and buildings on campus.

"Images have been curated for display in certain buildings across campus where women's history was made," Majewski said. "These images illustrate, in real space, the footsteps powerful ladies in our campus' history took while achieving greatness. It is my hope that by bringing the library out into common spaces across campus, our community will see that indeed, we are all part of a story that is still being told. Women on campus today are setting the stage for the next 100 years of our University's history." 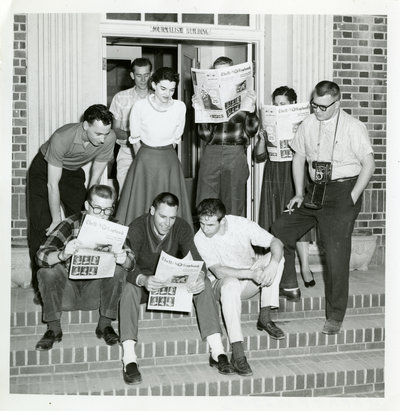 Get Involved with University Libraries during Women's History Month

University Libraries will host a Nevada Women's Wikipedia Editathon on Wednesday, March 29, from 3 p.m. to 5 p.m. in the Mathweson-IGT Knowledge Center Dataworks Lab (MIKC 212). The Editathon will focus on creating and improving articles related to the many women who have had an impact on the battle born state. Whether you're an experienced Wikipedia editor, or a first-time contributor, please come contribute to this effort.