Member of the Pack: growing within the University community

Member of the Pack: growing within the University community

Alexis Duenas never imagined herself pursuing her college and career goals at the University of Nevada, Reno, let alone being actively involved in campus life.  Duenas always saw herself earning her degree in Oregon, but when she came to Nevada, she fell in love. She is now a sophomore at the University, with a dual major in biology and Spanish and hopes of going to medical school and becoming physician.

None of Duenas’s dreams would be possible without the TRiO Scholars Program. TRiO Scholars is a federally funded Student Support Services program offered at the University that provides counseling, tutoring, mentorship and more to first-generation, low-income and underrepresented college students. Last year, Duenas was one of the 50 students TRiO brings in on an annual basis and says her main reason for choosing Nevada is because of the program.

“I come from a very diverse background and a spilt home. I have gone through a lot of obstacles growing up,” said Duenas. “Being a first-generation student is one of those huge obstacles. I came into college blind. I didn’t know a lot of skills that other people already knew, and I had to adapt to that, but I knew TRiO was a great program, and it has benefitted me more than I could’ve imagined.” 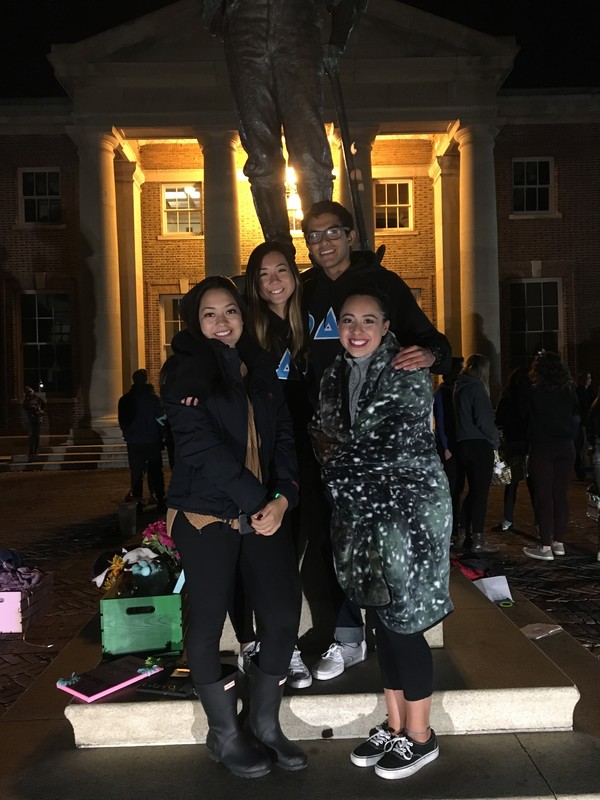 Duenas and fellow Phi Delta Epsilon members in front of Mackay statue during Big Little reveal, when Duenas got her mentor.

Regardless of how she got here, college was always on the table for Duenas, even though her parents did not see eye-to-eye on the matter. While her mother insisted that she go to college and get a job, her father deemed college an unrealistic goal.

“My dad never pushed college on me like my mom did,” she said. “For him, it was never something that was a number one priority.”

Still, Duenas knew what she wanted and did not let anyone or anything stop her.

“College was always a goal, and I knew that I would get here one way or another. Whether it was taking out student loans or working full time, going to college was always in my future,” Duenas said.

She did indeed get here, but it was not from student loans or working full time. The TRiO Scholars Program is what made it all possible for Duenas.

“By putting myself in the TRiO program, I have been able to receive one-on-one tutoring and counseling. I am surrounded by a support system of all first-generation college students, and we all want to see each other succeed.”

Between roommate problems, hectic school schedules and the struggle of adapting to college life, Duenas found her first year of college overwhelming. She was barely keeping her head above water and had no time to be actively involved in campus life.

“I wouldn’t wish my first year of college on anyone,” she said. “It was hard to establish myself here because it is such a big university, and I had no confidence in myself.”

To get back on her feet after that rough first year, Duenas decided to become an orientation guide over the summer of 2017. She never imagined getting actively involved in campus would actually make campus life better. Duenas felt so small in such a large community and did not know how to incorporate herself into the college lifestyle. She remembered her own orientation guides making her feel included when she had doubts and towards the end of her freshman year decided she wanted to be a guide herself.

“I wanted to give that same feeling to someone, and I figured this couldn’t hurt – and maybe it would help me too” said Duenas, and she was right. 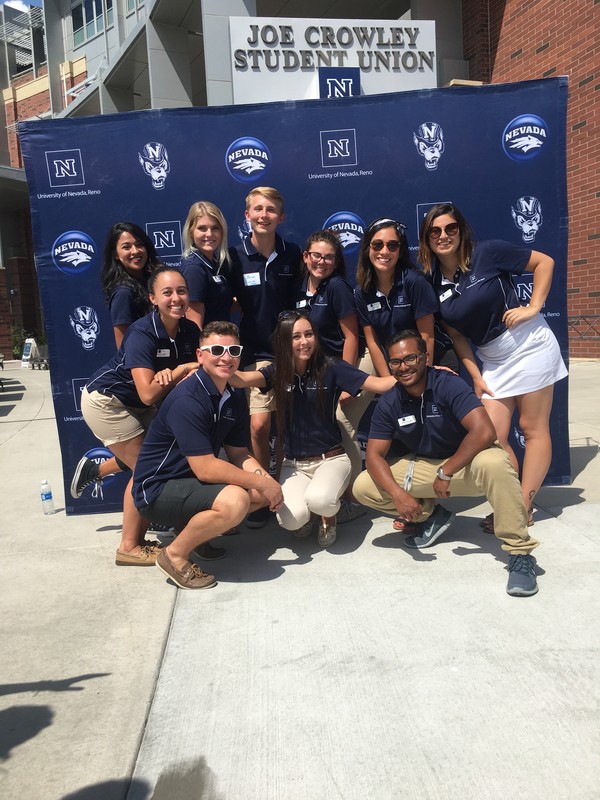 Duenas became an orentation guide in the summer of 2017, to help guide new Nevada students around campus.

“Being an orientation guide ultimately helped me find my place on this campus. I met so many genuine people that were encouraging of everything I did. For the first time, Nevada actually felt like home, and I thought to myself, ‘I do belong here, and I do know who I am.’ Becoming an OG was really a 180 from my freshman year, but in the best way possible.”

Duenas knows she isn’t the only one who has felt a little lost during the first year of college, and she has optimistic advice for students going through it right now.

“It’s okay not to know what you are doing in college, and it’s okay to feel a little lost. That was something that was really hard for me to come to terms with, but you’re never going to know how something will benefit you until it happens. My advice to everything is: go for it. Take chances that are bigger than yourself because they will pay off in the end.”

Duenas is now a sophomore and is still actively involved on campus. She just recently joined the Panhellenic sorority Kappa Alpha Theta. She also joined the medical fraternity Phi Delta Epsilon to further pursue her career in biology and her hopes to become a physician. 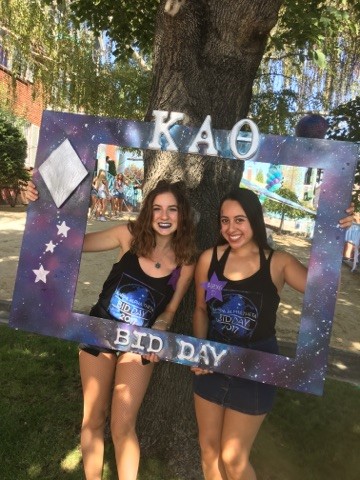 Duenas and fellow Kappa Alpha Theta sister on the day she became a new member.

“I’m excited for this year; I’m in a different mindset,” she said. “I joined to two great organizations that I love, and I plan on being even more involved on campus this year than last.”

Looking back on the last year, Duenas realizes that nothing would be possible without the TRiO Scholars program.

“That’s the whole reason I am here; it is the reason I chose to go to school at Nevada. I am forever grateful for the program,” she said. TRiO has allowed Duenas, along with hundreds of other first generation college students, to receive extra support and resources

In spite of the difficulties and challenges life threw Duenas, from getting to Nevada to learning to thrive here, TRiO helped her get to where she is and becoming actively involved on campus made everything worth it.

More than five events offered between July 16 and July 30