The challenge of gender bias: experiences of women pursuing careers in STEM

Women pursuing STEM careers have faced many challenges in the past, and they continue to do so today. In the past, many of these challenges were built into the framework of our public and private institutions and our legal system. Women, for example, were not allowed to attend college and earn a college education until 1840, when Catherine Brewer was the first woman to earn a bachelor’s degree. Gaining a graduate degree wasn’t possible until 1849, when Elizabeth Blackwell earned her medical degree (U.S. News, 2009).  Without access to higher education, women had no chance of gaining enough experience and expertise to secure a job of any significance, let alone a career in STEM.

Barriers limiting women’s access to higher education were not eliminated in the mid 1800s with the brave actions of Brewer and Blackwell.  The historical prejudices that denied women access to higher education in that century are present today in the minds of many who serve as members of college admissions committees and hiring authorities. According to a study conducted by researchers at Yale University, when provided with identical application materials across all applicants, both male and female faculty rated the male applicants more competent and more employable than female applicants (Moss-Racusin, Dovidio, Brescoll, Handelsman, 2012). Despite holding comparable levels of experience or knowledge, men are consistently chosen over women.

It is an unfortunate truth that gender bias can present challenges even in the circumstance of a woman being identified as the best candidate for a given position and the hiring process initiated.  Across the full spectrum of hiring levels – from entry level to executive level – the salary or wage offered to women can reveal gender bias. According to the Stanford School of Business, the entry level salary for a male employee is on average more than $4,000 higher than their female coworkers (Stanford Business, 2021).  Because women are less likely to be awarded promotions, the wage gap between women and their male coworkers becomes larger and larger over time. A paper published by the Pew Research Center concluded that, in STEM fields, men earn 40% more than women (Fry, Kennedy, & Funk, 2021).  This significant gap in earnings between women and men in the STEM field leads to significant differences in the ability of women and men to pay off debts incurred as part of their undergraduate and graduate education and to establish a solid financial footing as they move through their peak earnings years and into retirement.

Barriers women face in the workplace go far beyond those associated with lower pay and reduced opportunities for career advancement. The impacts of gender bias and discrimination are even greater when a woman holds the identity of mother or primary caregiver for another family member. A study conducted at the University of California, San Diego revealed that “43% of women in STEM careers left their full-time job within 4-7 years of having their first child...compared to 23 percent of new fathers” (Cech & Blair-Loy, 2019). Women are often forced to choose between being an important contributor to the STEM field and being a mother, while men are allowed to be both without having their professional commitment or parenting abilities called in question. In fact, in a study conducted by the Department for Business, Innovation and Skills (BIS) and the Equality and Human Rights Commission, one third of private sector employers reported that they believe that women who are pregnant or new mothers are “generally less interested in career progression” (Equality and Human Rights Commission, 2018). Women are often overlooked for promotions and, without prospects for growth within their company, many women pursue jobs at different companies, and sometimes within different employment sectors, that allow for professional growth.

Women who hold a non-white racial identity sometimes experience even more extreme forms of workplace bias and discrimination, including having to rise to higher hiring and workplace performance requirements than their white male and female coworkers, being paid lower salaries than their white male and female coworkers, having to assert their rightful status within the workplace more often than their white male and female coworkers, and experiencing less support from women co-workers than white women.  Joan Williams, Katherine Phillips, and Erika Hall published a study that examined the prevalence of gender bias among women of color in the workplace (Williams, 2020). These researchers investigated prejudices in women's daily work life by conducting in-depth interviews with women of color and administering an extensive battery of questionnaires to a diverse group of women working in STEM.  Findings from their study and a thorough review of the literature revealed four unique types of bias that influence the ways women of color are regarded in the workplace (Ngo, 2016).   One of the identified biases is the Prove It Again bias.  This bias is considered to be in effect when men are hired and/or offered advancement opportunities based on their potential, while their women coworkers are hired and/or offered advancement opportunities based on ratings of their current performance and historical successes.  Some experience of the Prove It Again bias is reported by nearly 65 % of women, with as many as 77% of Black women in STEM reporting experience with this particular form of gender bias (Williams, 2020).

The Maternal Wall bias arises out of the belief that women lose their ability and commitment to work after having children.  Nearly two-thirds of scientists with children said that parental leave influenced their coworkers’ views of their commitment to the workplace (Williams, 2020).   Interestingly, women scientists without children are impacted by their coworkers views of womanhood and parenting; they report being expected to work longer hours to compensate for work that is not being performed by coworkers who have taken maternity leave. Many everyday workplace experiences challenge women’s very presence as contributing STEM professionals.  Among women holding professional STEM positions, 32% of white women and nearly 50% of women who identify as Black or as Latina report being mistaken for administrative or custodial staff.  These biases have significant implications for the success of women of color and all women working in STEM settings.

Harassment in the workplace can take many different forms and can be targeted towards anyone holding any position within a given organization.  That said, harassment often plays out in the context of power hierarchies; persons of higher professional rank and power are more able than persons of lower professional rank and power to use their professional power in ways that meet the definition of workplace harassment. (Wright, 2020).  Sexual harassment appears to be a particular frequent form of workplace harassment.  Holly Kearl, Nicole Johns, and Dr. Anita Raj authored a report of findings from a national study of sexual harassment and assault occurring in workplaces across the United States (Kearl, Johns, & Raj, 2019).  According to their report, 38% of women and 14% of men have reported experiencing sexual harassment at work.  Much of what can be considered “the STEM education and workspace” has been and continues to be male dominated.  Although the gap is decreasing, women still make up only 28% of the STEM workforce (AAUW, 2021).

Research suggests that sexual harassment continues to be a particularly significant problem for women working in male-dominated STEM fields.  Sexual harassment simultaneously limits the scientific and technological contributions of women who maintain careers in STEM fields, pushes other talented and high-achieving women out of STEM careers entirely, and prevents young women from entering the field because of the fear that they, too, will become victims of sexual harassment and/or assault.

The information highlighted in this article makes clear that gender bias, biases related to women's racial identities and roles as caregivers, and harassment in the workplace serve as impediments to the success of women in STEM. If companies were truly serious about keeping and advancing women, they would handle these problems in the same way they approach other business issues: by developing objective measures and holding themselves accountable.

Wright, S. (2020). Hierarchies and bullying: an examination into the drivers for workplace harassment within organisation. Transnational Corporations Review, 12, 162-172. 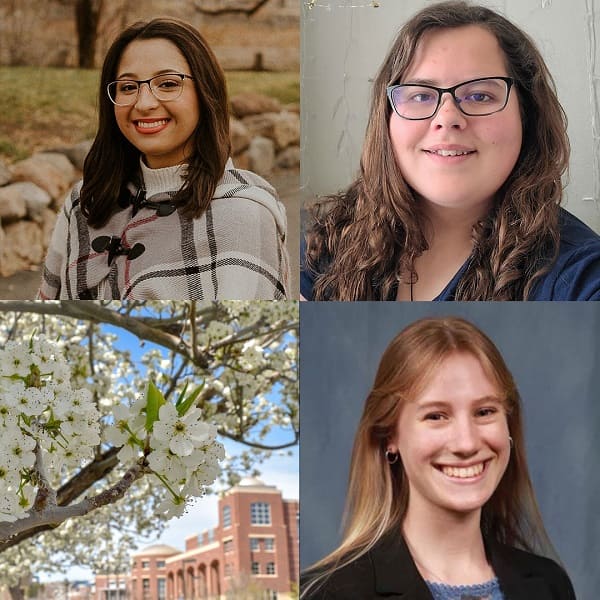