Editor's note: This was originally sent as an email by Professor Tracy to his colleagues and is republished here with his permission.

Today I watched the memorial service for former Senator Harry Reid. Many people in attendance had memorable and special anecdotes to share. I have my own anecdote to share with you.

Before I share my anecdote, let me share a bit of history. As many of you know, Senator Reid did more for the people of Nevada than any previous politician in Nevada history. He secured a great deal of fiscal support for the University, the VA and Reno, and you can see that grateful people have added his name to buildings everywhere.

Fewer of you know that Senator Reid worked hard to secure funds for a research center in Biology at the University. The center was the Biological Resources Research Center (BRRC), and the funds came to the center as the Nevada Biodiversity Initiative (NBI) spearheaded first by Dennis Murphy and later by Pete Brussard and me. Harry Reid obtained literally millions of dollars for us and, several hundred students, including dozens of graduate students and postdocs, as well as many faculty, were funded by NBI and BRRC.

You might ask, “How was it that some of our faculty got fiscal help from our Senator?” Well, Senator Reid became terrifically concerned when the desert tortoise was federally listed as a “threatened species,” and as a result the Fish and Wildlife Service literally shut down Las Vegas (truly, all urban development was stopped “dead in its tracks” until a plan was created to secure the future for the threatened species).

Senator Reid came to us and asked, “Is it possible to protect sensitive species while allowing commerce to progress in Nevada?” We said, "Yes, as long as we can UNDERSTAND the needs of sensitive species (requiring research), and we need to be at the table during planning, so that science can guide commerce to be compatible with conserving biological resources."

Senator Reid visited the BRRC several times for us to provide “dog and pony shows” of our successes. We were, of course, justifiably proud of our research and conservation accomplishments, and that brings me to my anecdote:

While we gave our formal presentations to the Senator, he explicitly interrupted to ask the students who were present what their roles were in this work and how their roles helped them in pursuing their goals and careers. Senator Reid was genuinely and sincerely VERY interested in how our center and initiative were helping students in their education, and he wanted to know how the funds that he was able to secure for us helped students.

I’ll always be grateful for Harry Reid because he cared sincerely about our students. We owe much to that great man, and all that he did for the University was not for any personal reward, but to help the people of Nevada, and especially the students of the University of Nevada, Reno. 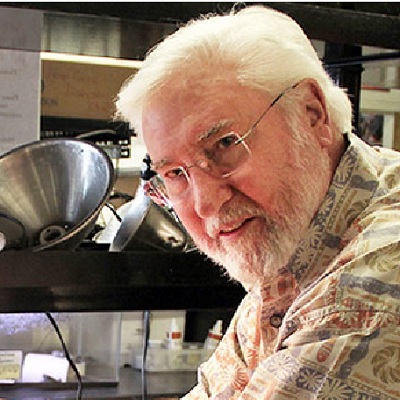