Stop limiting beliefs about people of all ages

Ageism is by definition the prejudice or discrimination on the grounds of a person’s age. Ageism is an increasing problem in our society, as it sets limiting beliefs – not just about older adults, but about people of all ages. Ageism can take on many forms, in the workplace, in health care, in marketing and even in your own home.

Workplace ageism is often thought to only be a problem with older adults, but there are also stereotypes held about younger employees, such as that they may be lazy, spoiled, unpredictable, unreliable or unprofessional. As for older employees, employers sometimes think that as people get older, they often don’t have the same fortitude to complete tasks as younger employees. This could not be further from the truth. Research shows that older adults, on average, are just as productive as younger employees. In addition, according to the CDC, older adults who continue to work tend to be much healthier than those who have retired or are unemployed.

In health care, ageism can negatively affect a person’s health. Yale University analyzed 422 studies involving ageism in 45 countries from 1970 to 2017. The studies included data from 7 million older people and specifically addressed age discrimination and health outcomes. The Yale research team found evidence that ageism led to worse outcomes in a number of mental health conditions, including depression, and a number of physical health conditions, including shorter life expectancy. These same Yale researchers found in another study published in the multidisciplinary PLOS ONE journal and in YaleNews that positive age beliefs about oneself can lead to less dementia, even in older adults who carry one of the strongest genetic risk factors for developing dementia. So, we need to try and curb all the old-age jokes and negative ageist self-talk, such as those about getting more forgetful or needing reading glasses. Those thoughts have literally been shown to decrease life expectancy, and in some, bring on fewer desirable outcomes of aging.

In marketing, we have all heard, seen or even referenced the “I’ve fallen and I can’t get up” commercial. And although it may be a good tactic for a commercial marketing a life alert device, it does not depict an accurate representation of all older adults. In fact, Forbes [1], a global media company, conducted a survey that showed that three-quarters of consumers age 55+ can be recognized as active agers, meaning they are mentally, socially and technologically active. This group of active agers also control 70% of the wealth and account for 40% of all consumer expenditures. What do these active agers spend their money on? The same things other younger adults spend their money on: food, housing, transportation and travel. Surveys conducted by Forbes continue to show that the three specific stereotypes are a lack of ability or desire to use technology, physical weakness or frailty, and mental inferiority or cognitive decline. These stereotypes exist, and it is important to dispel them.

What are some things we can do to combat ageism in others, and most importantly, in ourselves? Here are five things The Hartford, an insurance company that partners with AARP and its older adult members, says you can do to help:

Natalie Mazzullo, M.Ed., is coordinator for Healthy Aging in Extension, a unit the College of Agriculture, Biotechnology & Natural Resources. She received her bachelor's degree in Community Health Education from the University of Nevada, Las Vegas in 1997 and a Master of Education in educational technology in 2004 from Lesley University, Cambridge. Mazzullo has been working in the field of aging for more than 12 years. 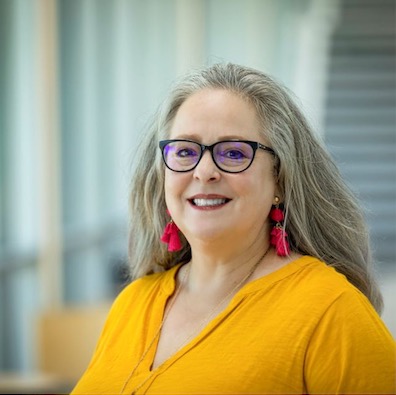