The Artemis Program: Women going to the moon

Read the second of six blogs written by the freshmen Women in Science and Engineering (WiSE) LLC cohort on the topic of women in STEM to be shared throughout the 2021-22 academic year.

Nearly 50 years ago, the last astronauts walked the lunar surface as part of the NASA Apollo program. Throughout Apollo, 12 different moonwalkers stepped onto the lunar surface. All of them were men. Historically, NASA has been known to have a relatively uniform profile for its astronauts, heavily lacking in diversity. Most astronauts were 30-year-old white male test pilots. Today, the definition of an astronaut has expanded, and the world has seen an increase in women astronauts, engineers, scientists and leaders withing the agency. NASA is ready to continue this progress with the Artemis Program. The Artemis Program aims to send the first woman and the first Person of Color to the Moon by 2024. Diversity has been a controversy NASA has faced, and with Artemis’s new goal, the world is seeing the presence of women within NASA. Women landing on the Moon is much greater than an affirmation by NASA to prove diversity, but rather it is a statement that tells the world that women are more than qualified and capable of walking the lunar surface.

An essential goal of the Artemis missions is for each crew member to demonstrate their proficiency in providing medical attention. While in space, all health events must be assessed and treated independently by the astronauts using automated technology. However, due to the small size of the spacecraft and limited amount of equipment that can be brought with the astronauts, these devices will be further specialized to be small and light. For example, a miniaturized ultrasound may be used during exams and procedures during the mission. Despite being rigorously educated in the use of these complex and small technologies; all preparations are done on the ground where crew members do not encounter challenges limited to a deep space environment. Therefore, an opportunity to test in-flight systems outside of the Earth’s atmosphere will be provided by Gateway, the first long-term lunar outpost.

“We have the opportunity to advance autonomy with Gateway, and to train the crew in preparation for the future with the intent for them to be capable on their own,” explains Jennifer Fogarty, the former chief scientist of NASA’s Human Research Program.

Using Gateway, astronauts will be able to acclimate to the microgravity environment all while testing the spacecraft systems to determine if they may be used reliably during the Artemis mission. Beyond its use as a testing and training site, the outpost will be used as a port for spacecraft en route to destinations beyond the Moon, making it an ideal checkpoint for astronauts who are traveling to Mars.

Crucial to the Artemis missions is the launch system. This particular launch system includes the staff that oversee the launching and monitoring for the Artemis program, 30% of whom are female engineers including test conductors Roberta Wyrick and Tracy Parks. As conductors of the space launch test, Wyrick and Parks contribute more specifically towards the design of “systems engineering and integration, modeling and simulation, computer hardware, computational fluid dynamics, industrial engineering, material science, electronic design” etc. (DallasNews, 2021). Another female engineer that contributes to the Artemis mission is Diane Davis who is the leader for engineering and integration. Her role includes observing and detecting the “spacecraft's orbit around the Moon” (Lieberman, 2021), helping her team follow the spacecraft's designed path that was planned for a safe launch and landing. A female engineer who has a role with NASA’s Exploration Ground Systems (EGS) is Ales-cia Winsley. Winsley is a “guidance, navigation, and flight control engineer with NASA... [and performs] calculations to determine where the spacecraft is, where it needs to go, and how to get it there” (Sempsrott, 2021). An EGS engineer is crucial when it comes to developing and operating the systems that are required to safely initiate a rocket's transportation and launch.

The world is seeing a major rise in the presence of women, particularly racially diverse women, working with NASA. The diversity of NASA has not only increased, but there is a heavy rise in the presence of female engineers, scientists, doctors, astronauts, researchers, and so many other positions within the agency. Women of historically underrepresented racial backgrounds and all cultural experiences have become essential to the growth of innovation and exploration of the solar system and this growth will only continue. 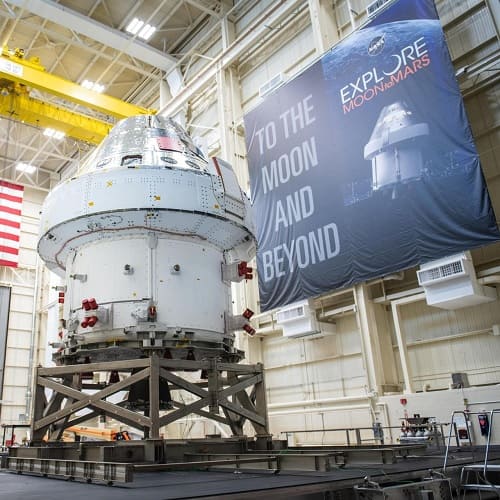 Helen Kidane reflects on her experiences in the Dean’s Future Scholars program and how it helped her succeed in her undergraduate career.

McNair Scholar Diana K. Meza shares advice for other first-generation college students and looks back at everything leading up to her walking across the stage

'Find your people and spaces where you feel valued'

McNair Scholar and Senior Scholar for the University of Nevada, Reno School of Medicine Valeria Savage reflects on her path and offers advice