Radon hazard in your home: What to do once you've seen the lab results

January and February were National Radon Action Months, and now that Nevadans have tested their homes, some are likely feeling bewildered by disturbing laboratory results. The EPA and CDC recommend that anyone who received a test result of 4.0 or above should take measures to lower the level of radon in their homes. To put a test result of 4.0 in perspective, experts equate that level of radon as posing a similar lung cancer risk of smoking a half pack of cigarettes per day.

The higher the radon level, the quicker one should act to mitigate the hazard. The problem is that most homeowners have neither the knowledge nor training to deal with the threat. Such concerned citizens need to know what initial and future steps to take to bring hazardous amounts of radon gas down to safer levels. Thankfully, professional radon mitigation services exist throughout Nevada, charging anywhere between $1,800 to $4,000, depending on the level of mitigation needed, the home’s foundation and the distance for travel to the site. Alternatively, one with construction experience could do the mitigation themselves with the help of resources found in this article.

First, there needs to be some understanding of how radon gas enters a house. In winter, when outside temperatures are chilly, residents close up their houses to retain heat. This means the inside of a house is much warmer during those months than the soil and rocks beneath the house. A warm house surrounded by a cooler environment contains sufficiently lower pressure than the air around it. This means that a warm house acts like a vacuum to pull radon gas up out of the ground and into one’s living quarters.

The quickest fix to lower excessive radon levels is ventilation. One could open windows, doors or vents, but doing so in winter would bring in unwelcome cold air. Moreover, opening crawl space vents could cause pipes to freeze during winter months.

One fix for colder climates is a Heat Recovery Ventilator (HRV), also referred to as an air-to-air heat exchanger. An HRV draws in air from outside, which is then warmed up with the outgoing air that is being expelled. This helps to ventilate a home with more temperate air, while building up the air pressure just enough inside a house so that the vacuum that draws in radon gas in the first place is neutralized. An HRV system is usually most effective if installed in the basement.

Inspecting the foundation of a home to discover potential places where radon gas can be drawn up, and then sealing those areas, can also help reduce radon levels. Older homes are likely to have many micro cracks in the foundation. Likewise, everywhere pipes penetrate the foundation is a potential spot where radon can be drawn into a home. Applying adequate caulking around such pipes can help bring down radon levels. The problem is that most penetration points are hidden behind walls or are so small they are invisible to the eye.

Basically, an SSD system involves drilling a 3- or 4-inch diameter hole, excavating the dirt and aggregate from the pit, and installing a sealed pipe that routes the radon gas either outside the house or through the attic and out the roof. An inline fan is necessary to place within the piping to draw the radon gas out and expel it safely outside, 24 hours a day, seven days a week.

An SMD system installed in a crawl space uses 6-mil (or higher) polyethene sheeting to seal off the ground from the house, and also involves careful sealing around seams, joists and plumbing areas of the house with polyurethane-based caulking. A drain pipe is installed beneath the sheeting, connected to ABS or PVC piping, and routed outside the house.

Homeowners fortunate enough to have a French drain, sump pump or drain tile already installed inside their house may be able to use existing piping, and not have to drill, dig, and install new pipe through the foundation. Properly installed ASD systems can reduce radon by more than 90%, bringing even alarming levels down below 2.0.

Homeowners should conduct another radon test 24-hours after mitigation is completed. Once installed, it’s important to constantly monitor that the system’s exhaust fan is working properly. A manometer (fluid gauge) should be installed on the system for ease of checking the pressure differential at a glance.

There is a widely regarded do-it-yourself mitigation book, Protecting Your Home from Radon (2nd Edition) by D.L. Kladder. It can be found in libraries or purchased through University of Nevada, Reno Extension’s Radon Education Program. Those who prefer to use a qualified contractor can find certified radon professionals to expedite mitigation. 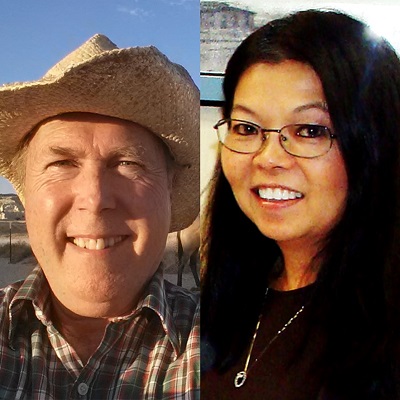