My own anti-racist journey

When I began teaching middle school in 1996, I programmed pieces I myself sang and repertoire I learned in my undergraduate music education program. For one concert, my choir sang a beautiful medley called An American Trilogy, arranged by Ed Lojeski. The beginning starts with the text “Oh I wish I was in Dixie, away, away…” As a young 20-something educator I don’t recall addressing the history of the three songs in the medley, which were “Dixie,” “Battle Hymn of the Republic” and “All My Trials.” I don’t think I even knew what these songs were about, and I am fairly certain that none of my middle school students asked about their historical context. Throughout my years of teaching middle school choir, I offered varied repertoire from an array of cultures, but I do remember programming such songs as “Shenandoah,” “Old Joe Clark” and “Boatman’s Dance.”

Fast forward to 2009 when I started my career here at the University of Nevada, Reno. This was after my doctoral work prepared me to teach at the higher education level, with a focus on integrating multicultural music into the curriculum. I learned what authenticity and appropriateness meant in the mid-2000s. I researched and delved into culturally relevant pedagogy. One of the first courses I taught at the University of Nevada, Reno was elementary methods for undergraduate students. Using the textbook and experience teaching elementary general music, I created a list of songs that I required the students to memorize; this way students would have a small set of songs they could quickly use in a classroom setting. American folk songs, Black American folk songs and songs from other western and non-western cultures were included.

Fast forward again to March 2021, the same week that eight people (most of them Asian women) were murdered near Atlanta by a white gunman. In the past few years, I’ve had many conversations and read a lot of literature on anti-racist curriculums and appropriation. I don’t claim to know everything on this topic, but I’ve learned so much. I’ve learned that many of the songs I taught as a middle school educator and even as a college educator are not appropriate and even potentially harmful to certain peoples. I didn’t know the racist backgrounds of some of the songs in my “go-to repertoire;” I didn’t know that many American folk song traditions are tied, for instance, to blackface minstrelsy, e.g. “Shortnin’ Bread,” “Polly Wolly Doodle” and even “Jingle Bells” (in short, blackface minstrelsy refers to the hugely popular 19th century song and dance tradition that exaggerated and exploited stereotypes of Black Americans, mostly performed by white Americans in blackface). I didn’t know or worse, I never thought about the fact that some of the songs that I loved and used in exemplar lesson plans included the misrepresentation of Indigenous Native American and Canadian cultures, i.e., “Land of the Silver Birch” and “Canoe Song,” derogatory terms for a Hawaiian man, i.e., “John Kanaka” and terms used by white Americans to stereotype and degrade Black Americans as seen in songs like “5 Little Monkeys” and “Baa Baa Black Sheep.”

Therefore, I have made the difficult decision to acknowledge my ignorance. I have made strides to change the repertoire I use and pass on to future and current music educators. I no longer use any of the songs named above or songs like “Jim Along Josie,” “Dinah,” “John Kanaka,” “America” and much of Stephen Foster’s catalog, including “Oh, Susanna!” and “Camptown Races.” I loved some of these songs and found great success using them to teach elementary general music. However, now that I know better and am moving forward, I will leave them behind.

Some educators defend using these songs, stating they have historical value. I don’t feel the need to preserve the music. I would rather promote songs that are inclusive than promote songs that although may have been popular also marginalize and degrade a population. Also, I don’t feel the need to use these songs as a vehicle to address racism.  I don’t want my students of color to bear the burden of explaining why these songs are racist, potentially requiring them to defend themselves in class. In fact, some may argue that having these kinds of conversations in class is centering a white perspective, making the assumption there is no harm or trauma in opening “academic” conversations about these songs.

Music educators across the world are realizing that many of the childhood songs in American culture have racist pasts. This is not necessarily new, but with increasing attention paid to race, appropriation and current events in our own country, it is difficult to ignore the availability of context and historical background of many songs. Some educators have openly said on social media and in workshops that if we eliminate songs like these from the elementary general music canon, we will not have anything left to teach. Let me reassure you that our world is much bigger and I bet teachers who seek out more diverse and inclusive repertoire will be able to fulfill their curricular needs many times over. I will continue to examine my own personal biases. I will continue to learn and yes, continue to remove racist songs and replace them with more appropriate repertoire that promotes acceptance and social justice. Change is difficult, acknowledging one’s shortcomings and ignorance is humbling and I know I am still learning. I apologize to my students to whom I taught these songs and even more, I apologize to those who quietly knew these things about the songs I taught, but never felt comfortable speaking up. I can do better. I will continue to do better. 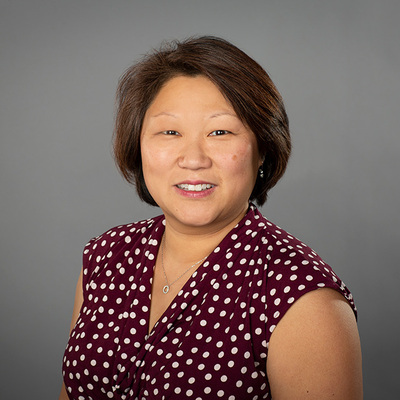