William Gladstone is quoted in an 1842 issue of the Louisiana Law Journal stating, “Justice Delayed is Justice Denied”, an irony for the times. Have you ever eagerly awaited good news? Watching the moments go by, seeming like father time intentionally slowed down the hands of time just to torture you. Your mind races, anxiety is high, your body feels heavy with knots in your stomach and all you can do is wait. Gratefully, I can only imagine this reflects the experience of the men and women across this nation on December 31, 1862. Also known as, “Freedom’s Eve”.  This eve wasn’t special just because it marked the start of a new year, it also marked the start of a new existence for African Americans living in that time. On January 1, 1863 the Emancipation Proclamation took effect and slaves all across the Confederate States were legally free. Unfortunately, there were no camera phones and social media to spread the good news. Word of mouth was the vehicle by which information often traveled and while the news was good for some, it was considered bad news to slave owners whose economy was dependent on the labor of their slaves. This meant that in many of the Confederate States the realization of a slaves’ freedom was greatly dependent on the implementation and communication of the proclamation by their owner. This included the most western state of Texas. According to the National Museum of African American History and Culture, Union soldiers traveled by foot throughout the south sharing small copies of the proclamation.

I remember when I moved from Ohio to Nevada. I hitched a U-Haul to the back of my car and drove across country. It took three days to get here, and driving through Texas felt like someone had created a time loop and I was just driving in one big circle forever. It was the most agonizing part of the drive and I can’t even begin to imagine what it would have been like to walk that distance. I share that story to give context to what those Union soldiers went through and sacrificed to share this good news. There are a few versions to the story as to what happened to the Union soldiers that were traveling by horse or by foot to spread the word, but want we do know for certain is that it was not until June 19th, 1865 that the enactment of the Emancipation Proclamation arrived to those living in the, “Lone Star State” of Texas. I can only imagine the celebration that broke out that day in Galveston Bay, Texas. A celebration that is still honored to this day as our second Independence Day.

While African Americans still honor July 4th, 1776 as a day of independence for America, June 19th, 1865 remains a day of reflection, acknowledgement, and celebration for the realized freedom of over 250,000 slaves in the state of Texas. Today Juneteenth is celebrated across the nation amongst primarily African American communities. Depending on what part of the country you live in celebration of this day can include; street fairs, parades, rodeos, family cookouts, historical reenactments and more.

2020 was a year that had us all waiting to break free from the weight of COVID-19. So many people all over the globe experiencing, depression, grief, anxiety, loneliness, displacement, and more. We finally are starting to see a semblance of normalcy 15 months later and we have the benefit of finding out together, as a nation that life as we knew it will never be the same, but is headed in a better direction. With that in mind, I leave you with a two-step call to action. On June 19th, 2021 take time to reflect on the realness of life during the past 15 months, then multiply that by 200 plus years. After that take time to celebrate where we are now and honor the gift of Juneteenth and what it stands for; that once justice was denied for over 250,000 Americans, but truth prevailed. You can celebrate by doing some research to educate yourself on the history, or find a local celebration in your area and join in. Here in Las Vegas there are couple of festivals happening around the city. You can even reach out to your local Juneteenth board and find out how you can support. You can find more information at the national site, and the Nevada foundation website. 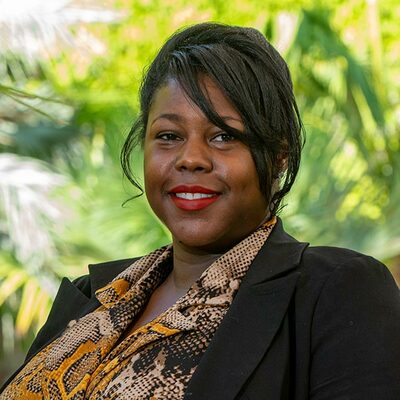