GIS Day, Nov. 17, 2021, is an annual event celebrating the use of GIS, technology, and maps since 1999. The University Libraries, DeLaMare Science and Engineering Library and Department of Natural Resources and Environmental Science are celebrating GIS Day for the first time ever on the university campus this year. GIS Day celebrations will include a virtual exhibition of maps, posters, video presentations and/or tutorials, and interactive content. Students and faculty are encouraged to join the celebration by submitting content through 5 p.m. Pacific time on November 16. Content will be posted on Nevada Box for the public to view.

GIS Day organizers encourage all submissions no matter the subject matter, size, or scope. Organizers simply ask that the submission involve geospatial data of some kind. We encourage the public browse and view all the submissions on November 17th on the Libraries’ GIS Guide – 2021 GIS Day.

In addition to the first-ever GIS Day at the university, the team of organizers have created an online forum called the “UNR Geographic Information System Help and Chat community” using the app Discord for users across campus to discuss issues related to GIS and spatial technology. Organizers encourage interested users to contact Chrissy Klenke or Tom Dilts for information on how to join. Joining is simple and easy.

Spatial data is ubiquitous in our world, and is of interest to nearly everything that we study or care about, and our societal and business models are increasingly taking advantage of, and becoming reliant on, the ever-growing supply of data. Although spatial data can exist in imaginary realms the term geospatial refers to the subset of spatial data having to do with the Earth and other planets, whether it’s on the surface, within the interior, or above it. Much of what we are interested in as a society can be considered geospatial in nature, including things such as firenados, the spread of deadly viruses across our planet, humanitarian aid during natural disasters, or the distribution of wealth and power across cities, states, and nations.

Geographic Information System (GIS) refers to the systems for managing geospatial data and for asking geospatial questions, such as “where does this event occur relative to this other event?”, “what is the most cost-efficient route to connect points A and B?”, and “how might the characteristics of the neighboring things now and in the past affect what is occurring in a specific location today?” Underneath GIS are traditional relational databases that allow us to store and query information, however, it is the spatial aspect of GIS that makes it unique in that we can ask spatial questions of our data as well as produce powerful images in the form of maps and animations.

GIS has been used and taught on the University of Nevada Reno campus for decades. Although many of the core GIS classes are being taught in the Department of Geography, GIS and spatial data are being used in courses across campus ranging from economics to political science, to public health to geology to natural resources. As the use of spatial data on campus grows so too do the tools that we use to analyze those data.  These include innovations, such as light detection and ranging (LIDAR), unmanned aerial vehicles (UAV also known as drones), and citizen-science applications, such as CitizenScienceGIS, iNaturalist or National Geographic Citizen Science Projects that help us collect data. Improvements in computational power and cloud computing allow us to render global maps from satellite images in mere seconds that would have taken months running on desktop computers in the past. Web-based mapping software, such as ArcGIS Online and Leaflet, now allow users to build and publish their own web maps for the world to see making allowing users to share compelling stories using maps and data.

Contact Chrissy Klenke, Earth Sciences, GIS, and Maps Librarian at the DeLaMare Science & Engineering Library at cklenke@unr.edu. She earned her Master’s of Library and Information Science from University of Denver (DU) in 2011 and has been a Librarian at DeLaMare Library since 2010. She’s been using and providing GIS services across campus since 2017. 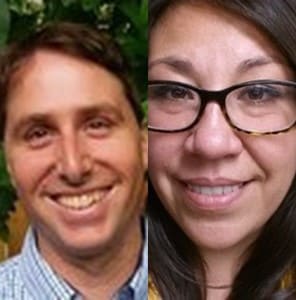