Investments such as $1.2 trillion infrastructure law passed by Congress are key to the future

Most Nevadans are accustomed to having potable water on demand, regardless of season or drought. As drought threatens urban water supplies, there are two basic water management strategies: reduce demand and/or increase supplies. Reuse of highly treated municipal wastewater, known as reclaimed water or recycled water, is becoming a more common supply-side solution to water scarcity.

The majority of Nevada residents, like most Americans, get their drinking water from public providers that are required to meet the standards outlined in the Safe Drinking Water Act. Most often, after water is used it travels underground to sewage treatment facilities where it is treated to “fishable and swimmable” water quality levels required by the Clean Water Act. Although municipal wastewater treatment systems were initially designed to protect human and environmental health, they have advanced to a level where wastewater can be recycled and reused for a variety of purposes. As a result, water planners across the nation are eyeing reclaimed water as an increasingly attractive water supply, including for potable use.

Water in Nevada comes from a variety of sources, including snow-fed interstate river systems, such as the Colorado River and Truckee River, in-state lakes, rivers and streams, groundwater, and reclaimed water. While irrigation accounts for the bulk of all water taken from surface or groundwater statewide, water use varies considerably across the state. In Washoe and Clark Counties, for example, public water supplies consume the largest share of water. As competition for urban water resources increases, water planners recognize wastewater as the one source of water that grows in tandem to population. Moreover, as scientists forecast that snowpack could shrink, altering the timing and amount of water available across Nevada, planners consider reclaimed water as a means to reduce variability and uncertainty associated with future shortages. Future shortages are expected to be particularly acute in the Colorado River Basin, but the real impacts, in terms of water availability, are unknown. As urbanization continues, the percentage of the population served by public water supply systems is expected to increase. Nevertheless, this increased population will not necessarily lead to increased water consumption. This paradox is due to changes in water use, including water conservation, water-saving technologies, and, to a lesser extent, the use of reclaimed water.

According to the USGS, each Nevadan, on average, uses about 197 gallons of potable water per day (compared to the national average of 82 gallons per day). Much of the water used indoors ends up as wastewater that is flushed down our toilets, sinks, and showers. In Washoe and Clark Counties, reclaimed water is already used to irrigate parks, golf courses, and other green space. In southern Nevada, any treated wastewater that is returned to Lake Mead earns “return flow credits” for the water authority, which means that for every gallon of treated wastewater that enters the reservoir, a gallon can be removed for later use. Additionally, researchers at the University of Nevada, Reno are currently collaborating with local agencies to explore the feasibility of a potable water reuse project. These are just two of the creative ways that reclaimed water can augment urban water supplies in Nevada.

The $1.2 trillion infrastructure law recently passed by Congress will provide funding for construction of new water projects. The US EPA plans to distribute $7.4 billion in 2022 in funding to states, tribes, and territories as part of $50 billion investment in water infrastructures over the next five years. For Nevada, this infusion of funding could total over $400 million to fund various water projects. The law also includes $1 billion for water reuse grant program to fund large-scale projects that aim to “provide  substantial  water  supply  and  other  benefits  to  drought  stricken  regions” such as Nevada. The scale of financial assistance is intended to be transformational in scope.

For residents interested in water in Nevada, the Division of Water Resources is currently conducting a survey in preparation for the revision of the State Water Plan, which is framework for water planning and management in our state. The survey is open to all Nevadans and available online now through Dec. 15, 2021. 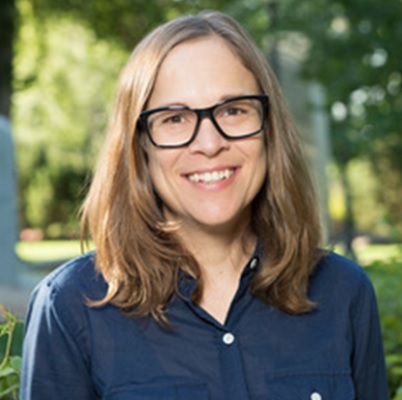