Are we trying to erase pluralism with Critical Race Theory cancel culture?

It's inclusive education that will allow for pluralistic understanding

Over the past few months, the term “Critical Race Theory” has been used incorrectly and is being used synonymously with the term “Inclusivity.” CRT is about a critical examination of laws, policies, norms and practices that create conscious and subconscious barriers that exclude people based on race/ethnicity. I think we can agree there have been many laws, policies and practices, set throughout the history of our country and state, that have been intentional in keeping groups from the pursuit of happiness and/or the opportunity to enhance their livelihood. Sadly, some of these laws, policies and practices still exist. We the people need to address these issues.

What is often misunderstood, confused, or misinterpreted is that critical race theory is inclusivity or inclusive education – it is not. CRT calls for us to challenge oppressive barriers that cause bias and at times create the racist systems that exist; inclusivity is the valuing of diversity and the contributions of diverse groups throughout our country’s history and our personal lives.

Governor Sisolak’s signing of AB261 (which provides diversity and inclusivity in the academic standards and curriculum) is in line with the country’s forefathers push for a pluralistic system, which currently exists. The pluralistic system in the United States of America is this ideal where multiple groups have a voice and belonging to the government and other systems that make up our country.

For instance, John Adams, who was one of seven multi-lingual U.S. presidents, fought to make English the official language of the United States. His concern was based on 1) he wanted English to be the world language as opposed to French and 2) because many settlers along the east coast spoke French and German. He felt that one common language was important for building a stronger nation. In 1776, there was supposed to be a vote making English the official language of the U.S. instead of German. Yet, the vote never took place. Even President Teddy Roosevelt, without success, attempted to formalize English as the official language. While our laws are written in the English language, the U.S. has never voted for or established English as our official language. On a side note, while we have never solidified English as the official language of the U.S., there is historical evidence of threats against those who lived in communities in which languages other than English are spoken (i.e., German, French, Spanish, Native languages, Asian languages, etc.). The point here is that throughout our history, the U.S. has followed the model of its founding fathers of being a nation based on the idea of pluralism, which is simply the inter-connectedness of democracy, language, religion, race/ethnicity, beliefs and culture.

Somehow, our belief in this system has been lost by some. In Nevada, one of the smaller states in the country by population, in which more than half of the population is of color and our number of ethnicity and linguist diverse public-school students exceed our number of white students, the signing of AB261 doubles down and reignites the foundational principle that the U.S. is built on the idea of pluralism.

Therefore, the idea of inclusive education, not critical race theory, allows for the pluralistic understanding of the contributions of diverse groups to the history of the U.S. This does not suggest the exclusion of the contributions from white people. This approach lends to the inter-connectiveness we share. Let’s take for instance the history of the U.S. between the mid-1800s to the early-1900s. During this time, the country witnessed the end of slavery, the relocation of the Native population, the Treaty of Guadalupe Hidalupe, the U.S. gold rush, the mass German and Irish immigration and women’s right to vote. In this history, there are interconnecting histories. For example, many of the Irish that came to the U.S. were immediately sent to war to fight for the Union army and the post-Civil War Black soldiers (native named Buffalo Soldiers) assisted in the relocation act of the Natives.

Yes, CRT challenges systems that mainly benefits whiteness and yes inclusive education looks to reduce curriculums centered on history reflective of mainly whites. Yet, inclusive education is not about eliminating whites from history. It is about the story(ies) of who we were and who we are as a country. It is about feeling a sense of belonging for the students of color to a country rich in diversity.

Inclusive education will enrich the lives of our future generations and teach them how to see the world with an open lens and be more accepting of diverse viewpoints later in life.

(Donald Easton-Brooks, Ph.D. is an internationally recognized critical quantitative culturally responsive researcher and the current Dean for the College of Education & Human Development at the University of Nevada, Reno.) 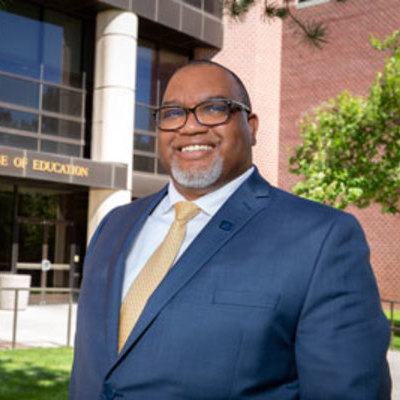