Journalism Professor Caesar Andrews looks at the impact of inauthentic tellings of Black history, how they have changed over time and where we go next

My first visit to Mount Vernon, the Virginia plantation home of George Washington, began pleasantly. I was a journalist living in Washington, D.C., in the 1980s. I enjoyed excursions to historic destinations throughout the region.

Chocolate City, a playful self-description of the capital’s predominantly African American population, was rich in public attractions, and not just in February, Black History Month. I walked the floors of Cedar Hill, home of Frederick Douglass. I visited a National Council of Negro Women landmark, headquarters during the leadership of founder and legendary educator Mary McLeod Bethune.

I lived not far from Howard University, mothership of several national organizations long influential in Black America. As discrimination flourished on other campuses across the country in the 1900s, Howard employed pantheonic thinkers such as Carter G. Woodson, deemed the father of Black history. He’d initiated Black History Week celebrations starting in 1926.

Authentic history is sunshine for society.

Back at the plantation site, the narrator recited history, vivid scenes easy to envision as the cluster of tourists I had joined strolled the grounds.

Then the script turned to living conditions of people once enslaved on this property. It wasn’t quite like the tour guide was hyping the plantation as an 18th century precursor of Best Places to Work. But not a voluntary word about chains, lashes, free will, runaways or revenue. I asked the guide questions. What makes anyone think enslaved people were content in that environment? Did they genuinely like the Washingtons?

Authentic history is sunshine for society. Knowledge of what really happened, who led the way, and how people managed the moral tripwires encountered is not merely a matter of curiosity. Accounts of the past shape the self-identity of each generation, which in turn motivates aspirations for what comes next.

“There is no reason we can’t own the 21st century.”

President Joe Biden repeats this point often. It is his call to optimism. I also hear in his cheerleading acknowledgement of challenges. The list is not short: Pandemic, economy, immigration policy, environmental timebombs, racism and too many other tainted isms, trapped poor people, competitive China, plus whatever the Trump years end up saying about American values.

Everything about the United States’ role in the world is at stake in its evolving population.

The 2020 U.S. Census results due later this year will likely exceed 330 million people for the first time – American Indian, White, Black, Asian, a collection of multi-categories, plus Hispanic as a growing ethnic powerhouse.

Statistics keep moving closer to a plot twist that demographers first projected years ago. Babies born now and those to come will likely live out adulthood with no single racial or ethnic bloc in the majority. That is already the reality in at least six states, including Nevada, where majority status dissolved as the population clicked past 3 million residents for the first time.

These population patterns are bound to increase the urgency of clarifying what America sees when it stares in the mirror. Progress in many regards is apparent and often significant, in my view. Just not enough.

Now is test-taking time for everyone. Government, businesses, organizations and individuals. What happens to the nation’s long-term political psyche as the population becomes more diverse? Can America be the best of America, regardless of how census numbers unfold? Can it find moral courage to address more boldly the shameful long-playing contradictions of its existence – the record with tribes, the structural racism?

Harnessing good will is neither quick nor tidy. Sometimes, as much as with race, diversity in perspectives and in preferred methods of advancing assures a tough slog, especially among people who care deeply. Just note that bigoted, greedy, cruel, dishonest forces are restless. Their numbers do not appear insignificant. Maybe one common bound of the new American majority includes people who appreciate facts and truths, people who commit to countering toxic spirits. Or as the Black character playing George Washington in Lin-Manuel Miranda’s Hamilton might put it: Out-number, out-man, out-plan.

As of February 2021, at least on Mount Vernon’s online platform, more forthright language is found. Some text still stretches to cast what I consider wishful speculation about enslaved life back when Washington’s estate totaled about 8,000 acres. But tales of authentic history are apparent. One website article on “Slave Resistance” cites research that concludes at least 47 people attempted to flee, with an unspecified number managing to escape. 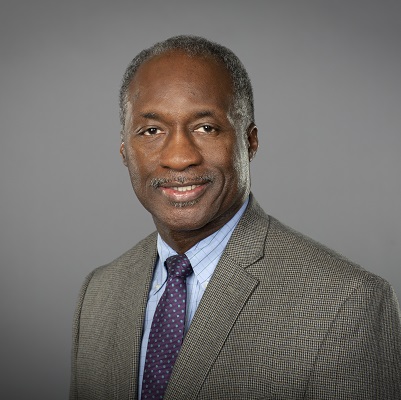 The Artemis Program: Women going to the moon

Read the second of six blogs written by the freshmen Women in Science and Engineering (WiSE) LLC cohort on the topic of women in STEM to be shared throughout the 2021-22 academic year.

Helen Kidane reflects on her experiences in the Dean’s Future Scholars program and how it helped her succeed in her undergraduate career.

McNair Scholar Diana K. Meza shares advice for other first-generation college students and looks back at everything leading up to her walking across the stage