Where did the largest North American impact event occur? Nevada.

Happy Asteroid Day. Yes, there is such an annual event. International Asteroid Day is observed each year on the June 30 anniversary of the largest extraterrestrial impact in modern history, which was the 1908 Tunguska event. On that date, an asteroid estimated to be 43 yards across flattened 770 square miles of unpopulated forest in Siberia.

So, how does that compare with what happened in Nevada? Frankly, the Tunguska event was minor league by southern Nevada’s Lincoln County standards. In the ultimate “what happens in Nevada, stays in Nevada” moment in time, one of the largest extraterrestrial impacts on Earth occurred 382 million years ago, and the area surrounding Mt. Hancock, about 120 miles north of Las Vegas, was ground zero. (Geologists romantically refer to the site as the “Devonian Guilmette Formation of the Worthington Mountains.”)

On that cataclysmic day, during the Frasnian Age, a comet 5 miles wide came hurtling out of the cosmos and made a major impact on what is now Alamo, Nevada. To differentiate the difference between a comet and a gigantic meteor, a comet could be described as basically being a massive dirty snowball from space that is filled with extraterrestrial shrapnel. At the time of impact, neither tourism nor humans had yet to be invented, which is a shame because Lincoln County was a tropical destination covered by the warm shallow waters of the Devonian Sea, and teemed with colorful undersea life on its abundant coral reefs.

Within seconds, however, those waters were boiling, the surrounding air was on fire, and scientists hypothesize that 1,000 cubic kilometers of limestone exploded off the reefs and into the sky. The intense heat, equivalent to millions of atomic bombs, melted many of those calcium carbonate pieces into a mishmash of stones now known as Alamo “breccia,” rock consisting of angular fragments cemented together. Some of those fused rocks are 100 meters long. In fact, a leisurely Sunday drive on the dirt road that leads into the Mt. Irish area, just south of Alamo, will reveal many large breccia boulders along the roadside and scattered across the landscape where they still lie after being melted together.

Technically, no one knows for sure if it was a comet that caused the impact. Asteroids, like meteoroids (the major difference between the two is size), are generally composed of nickel-iron, and contain significant traces of the metal iridium, which is rare on Earth but quite common in space. If it had been a regular asteroid that struck the Alamo area, debris of metallic meteorite chunks would have been unearthed, but such is not the case. This has led researchers to postulate that the space object must have been a comet. Still, elevated areas of iridium have been located in scattered patches around the impact site, adding further evidence that whatever did collide with Alamo was extraterrestrial in origin. Such unknown space objects are referred to as bolides, which simply means that the colliding object was 1 to 5 miles in diameter. By comparison, the asteroid that created Arizona’s famous meteor crater has been estimated to have been no larger than 50 meters in diameter.

Geologists claim that when Nevada’s bolide event occurred, a resultant mega-tsunami swept over the Las Vegas Valley. Sediments from that tsunami (called “tsunmanite”) can be found atop Frenchman’s Mountain, about 12 miles east of Las Vegas. Estimates of the size of the original crater made from the impact suggest it was between 69 to 93 miles in diameter, and anywhere between 2.3 to 4 miles deep. Outcrops of breccia from the event can be found 350 kilometers away in central Nevada, and all the way to Utah. The area of fallout is estimated to have been at least 100,000 square kilometers.

Certainly, it’s a strange coincidence that Nevada’s Extraterrestrial Highway (State Route 375) runs right through the middle of a major portion of the impact area (the rest is in Area 51), making Nevada’s Lincoln County the best place to view and celebrate International Asteroid Day. This is also a favorite place for planetary geologists to explore, and is considered by asteroid aficionados as being perhaps the best exposed and most carefully dated extraterrestrial impact site on the continent.

If exploring the impact area, it should be kept in mind that there is no distinct crater rim. Because the impact occurred in a shallow sea, much of the original crater filled in with sediment in the ensuing course of more than one-third of a billion years. Also, due to the movement of tectonic plates colliding with one another in the southwest, much of the evidence of the colossal crater was destroyed, and much of what was left later became buried under volcanic eruptions.

Most of the visible evidence of the impact is seen today in Alamo’s breccia stones, and also in findings of shocked quartz throughout the region, as well as in rounded structures in affected rocks, which are known as lapilli. The lapilli were formed when molten limestone congealed in the air. Not uncommon in the lapilli are fossil teeth from a rather nasty looking creature that resembled a cross between an eel and a hagfish. Some of the best places to spot Alamo breccias are near Hancock Summit and along the western Pahranagat Valley foothills.

When the Crater was First Discovered

No one had been any the wiser concerning this catastrophic event, until 1990, when the first suspicious-looking piece of breccia was seen by Alan Chamberlain, a Colorado School of Mines graduate student. This discovery was published shortly thereafter in 1991. Twenty-four years later (2015), a group of geologists from Idaho State University made history after carefully mapping the exposed rock layers of the impact site for years, until they were able to accurately estimate the size and shape of the crater. Their research was published in the peer-reviewed journal Geosphere.

According to their study, the Alamo crater is as big or bigger than the impact crater that formed the Chesapeake Bay, prompting geologists to refer to it as the most accessible crater anywhere on Earth. The Hancock Peak area is certainly the appropriate place to spend a day of hiking on International Asteroid Day, and sure proof that things extraterrestrial have always proven to be a big hit in Nevada. 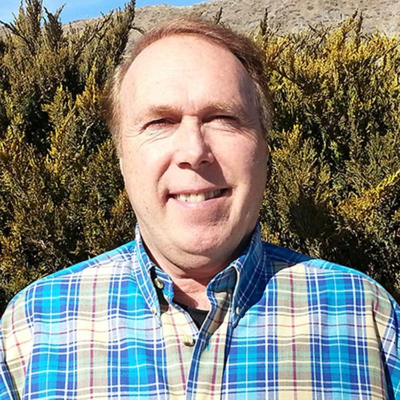