An unstoppable fire for the love of truth

University of Nevada, Reno Land Acknowledgement: “We acknowledge that the University of Nevada, Reno is situated on the traditional homelands of the Numu (Northern Paiute), Wašiw (Washoe), Newe (Western Shoshone), and Nuwu (Southern Paiute) peoples. These lands continue to be a gathering place for Indigenous Peoples and we recognize their deep connections to these places. We extend our appreciation for the opportunity to live and learn on their territory.”

I love my university. I really mean that, and I have loved it since I first started taking classes at UNR as an 18-year-old freshman straight out of Edward Reed High School. One of the things that has charmed me is that UNR is a land grant institution. That’s the place for me. It’s a place designed for normal hard-working students from families of no particular fame or fortune, doing their best to be successful and contributing members of society.

Land-grant universities teach engineering and nursing and agriculture. And they all have a Department of Cooperative Extension where new ideas and cutting-edge research can be brought to other normal, hardworking people in surrounding areas. Such a place is tailor-made for people like me, looking for a university education to make ourselves better and improve our lives in meaningful ways.

So, I totally get it when I hear Cornel West say, “I am who I am because somebody loved me, somebody cared for me, somebody attended to me.” Along with my dearest friends and family, I have been cared for and attended to by many teachers and staff at UNR who continue to push me to try and be my best self, and who give the best of themselves towards that effort.

As my teachers have known, when you really care for someone, once in a while you might need to give them a hefty shove to get them on the right path. This is how we grow, sometimes the only way even though it can be unpleasant. The most painful of our growing pains will come when we learn something that rips away those mistaken ideas that we had wrapped around our souls like a soft, warm blanket.

That’s how it was with me recently – very recently, I’m afraid – when I learned something new about land grants.

Well, I hadn’t thought about the land very much. I figured that President Lincoln thought the United States needed some universities for middle-class folks and so he and Senator Morrill found a way to have some built. I imagined that they’d said something like, “Here’s a spot – there’s some federal land next to your town. Take it with our blessings and build your wonderful university right there.” And then they shrugged off their long coats and took off their tall hats and retired to the drawing room to smoke their pipes, proud of themselves and glad for all the people like me who would end up studying there. But this is not what happened. It is not it at all.

Naturally I’ve known that there were people living here in Nevada for, well, who knows how long, before folks like my ancestors came searching for a better life. I went to Vaughn Middle School, after all, with its courtyard totem pole, alongside students who had last names like Running Wolf and Aster. I’ve talked with an archaeologist about her work studying the campsites and cooking hearths left along ancient shorelines of Nevada lakes that dried up thousands of years ago.

So sure, I knew that these lands weren’t always ours. I even counted myself so enlightened that I understood that the joy I’ve felt when coming across a Sago Lily in the early summer desert is probably just the same feeling some other woman had a thousand, maybe ten thousand years ago, seeing the same beautiful white bloom reaching up to face the sun.

What I didn’t know, what I learned because of my friend, is that land grant universities were funded from the sale of millions of acres of stolen land, along with their mineral rights and anything else that could be taken out of them. These are lands that the federal government took from the tribes, with little or no compensation, through sham treaties, broken treaties, and often no treaties at all. Just pure land theft accompanied by our bloodiest and most despicable attempts at genocide. What a shameful and dark part of our history. And there I was, having lived and gone to public school right here in the Biggest Little City for decades, and only just now learning that my beloved university was the direct result of one of the greatest land thefts of all time. Here it stands, built on the blood and bones of the first peoples who have nurtured this land since time immemorial. And my heart broke a little bit when I learned about all this.

So now what? Dr. Cornel West could certainly give us some sage advice I’m sure. I bet he would remind us to face these issues with courage and tenacity, recognizing that at the center of the matter lies profound moral and spiritual obligations. Above all we must avoid what he calls “a failure of nerve,” fighting against the paralyzing fear that may arise in us when we take a good, hard look at our past. And we must help the leaders of this wonderful university to make amends as we reach towards an inclusive future with justice as our guide.

Of course, this all sounds very noble, but what would it look like? What actions need to be taken and what policies need to be put into place? Well, first of all we can at least stop charging tuition and fees to the Native American students whose ancestors were displaced because of our land grab. That, at least, should be obvious. After that I don’t know, except to assert that it must be done in collaboration with the tribes, for anything less than that would be just another stretch of paternalistic hand waving, the latest in a centuries-long series of wrongs.

We also need to prepare ourselves to respond to those among us whose fear and sense of entitlement will lead them to try to halt our efforts at amends-making. I can hear them now; “All this was in the past. It has nothing to do with us.” Hopefully our Native neighbors won’t have to remind us that they’re still here and are anything but a relic of the past. Or, our critics may say that we can’t afford to lose the tuition being paid by our Native American students, or that we can’t bear the costs that will be associated with trying to do the right thing. We’re still in the midst of a pandemic after all. But surely, even the hardest heart will recognize that what we’re talking about has less to do with money than with righteousness. West writes, “Nihilism is not overcome by arguments or analyses; it is tamed by love and care. Any disease of the soul is conquered by a turning of one’s soul. This turning is done through one’s own affirmation of one’s worth – an affirmation fueled by the concern of others. A love ethic must be at the center of a politics of conversion.”

Collectively, we must love our institution so much that we can turn its soul and affirm its greatness. Its vitality will see it through this crisis of conscience if we love it enough, if we care for it enough, and if we attend to it enough. We will never be able to fully make up for our past wrongs but surely a partial, imperfect attempt at a solution is better than no attempt at all.

Furthermore, none of this speaks to the tremendous mutual benefit that will likely result from increasing diversity on our campuses. We are so incredibly fortunate to have people among us whose ancestors have walked these valleys for thousands of years, through drought and flood, successfully adapting while nurturing the land that is so much a part of them. I recently saw a painting in the Nevada Museum of Art, showing two Native American women carrying baskets of water up a hillside. Aside from the beauty of the scene, what struck me was how well the painter had captured the path that had been worn into the hillside from thousands of generations of water-carriers. You could see the centuries of toil, with each single footstep making an almost imperceptible difference but together adding up to a clear pathway. Isn’t it time we humbly asked for guidance, given the undeniable environmental problems that have arisen and continue to worsen due to our 150 years of environmental mismanagement? And truly, our Native brothers and sisters are exactly the right people to help us combat the bureaucratization of higher education so that its soul shines through. They can help us find the path and see that we don’t need to imitate the jargon and dominant paradigms of wealthy, titled east coast universities in order to be great ourselves.

I know I am painting a terrifically rosy picture. I’m sure there will be problems that arise from turning onto the right path and it will not all go smoothly. But I have read, and I believe that imperial meltdown goes hand in hand with spiritual blackout. Doing nothing – ignoring our past wrongs – will surely cause greater harm to all of us in the end. If we do nothing a time will certainly come when we can no longer deny the wrongs but are wholly unprepared to try to make them right.

It is because I love this university that I insist we move away from the racial discrimination and ideas of white supremacy that have led us in the past. But more than that, ironically it’s this very institution, the University of Nevada itself that has enabled me to understand it and see how wrong it is. It has taught me to strive, to grow, to persevere. It has fanned in me a desire for justice and an unstoppable fire for the love of truth.

(Editor’s note: “An unstoppable fire for the love of truth” was one of the winners of the Dr. Cornel West Composition Contest, sponsored by the University’s Office of Diversity and Inclusion.) 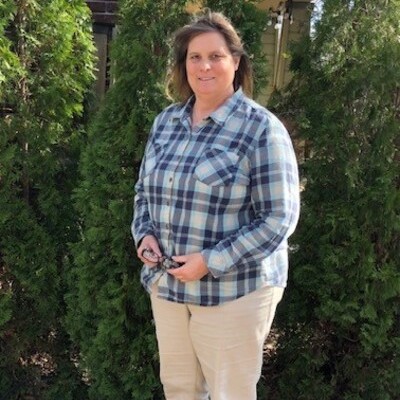