A Black fist: Assessing African-American leadership in the U.S.

“None of us alone can save the nation or the world. But each of us can make a positive difference if we commit ourselves to do so” – Dr. Cornel West, Race Matters

On November 4th, all the headlines read the same: America makes history. Barack Obama becomes the first African American elected President of the United States. 12 years ago was a moment for the books, marking a step in the path of promoting inclusivity, diversity, and equity. The Jackie Robinson of politics was finally going to help Americans escape the chains of strife, locking them down in a state of economic and social immobility. However, as much as we exalt the former president, have we ever chosen to question what the President has done, especially for marginalized groups and communities?

Scholar Cornel West takes a bold approach to this issue as he vociferously critiques President Obama’s neoliberal agenda and legacy. Ultimately, Dr. West’s probing questions and in-depth analysis have contributed to a fundamental misconception of Black leaders today: that they are a collective group of revolutionary folks worthy of esteem and praise. To understand this fallacy, join me, as we first, look at President Obama’s work in the Oval Office, then we’ll inspect Dr. West’s thoughts on the 44th President, and finally, connect our findings to the current administration of President Joe Biden and Vice President Kamala Harris.

Mr. Obama ushered a message of diversity and incorporating black thought in American politics; that tenet of his platform bolstered his support, especially among minorities. In fact, President Obama’s approval rating among African Americans and Hispanics was north of 80 percent in the first weeks of his presidency, showcasing how many of President Obama’s voters believed he would mitigate the effects of white supremacy and finally give those deprived a voice. That might sound good on paper, but it doesn’t work in practice. Look to Dr. West, where he writes in the preface of his novel, Race Matters, detailing that African Americans “give in too quickly” and “sell out too easily.” The reason for this as West furthers is because racial issues are “not even a blip on the national radar screen of American politics.”

Every politician, especially Mr. Obama, has discussed the racial inequities that persist in our society and have vowed to put black thought at the top of their agenda. African Americans expected that the President was going to deliver on his promises and bring forth a brighter future for those who have been in the dark for centuries. Unfortunately, Mr. Obama’s prophetic rhetoric didn’t translate into cohesive policy. During the Obama presidency, African Americas were unemployed twice that of whites, African Americans occupy our prisons at a disproportionate rate, and African Americans continue to be targeted by the law enforcement, which only demonstrates one thing: President Obama’s “reluctance to engage” and “reticence” on racial discrimination.

Another key flaw of the Obama presidency may have been his lack of an intersectional lens when it came down to enacting certain laws. While the Affordable Care Act expanded health care for 20 million Americans, 30 million remain uninsured, half of those being African American. While the Lilly Ledbetter Fair Pay Act mandated companies be transparent about how they pay their employees, African American women are still paid 34% less than a White man. Of course, being at the table is fundamentally different from speaking at a podium; however, when one is in an esteemed position and when a stroke of a pen can change the lives of millions, it’s quintessential to not settle for incrementalism. Now more than ever, revolutionary policies are needed. I’m sure Mr. Obama had good intentions, but his gradual approach to politics led to harmful impacts, especially for the community he swore to protect.

Now, if you’ve never read Dr. Cornel West’s work, you’d probably presume he’d support the first African American president as a renowned black scholar; Dr. West is probably proud of how far this country has come, reversing centuries of prejudice, right? Well, Dr. West believes President Obama requires “serious critique” for a multitude of reasons, the chief one being his handling of race. The fact of the matter is that race relations have “become more polarised and tenser,” especially in wake of the Black Lives Matter protests started in 2013. An African American man’s leadership was meant to sow the seeds of unity, but it instead, is the reason “69% of Americans assess race relations to be mostly bad ,” exacerbating polarization and widening the political aisle.

All of this ties back to a “fundamental crisis in Black leadership.” The basic notion is that while it has been historically “normative” to counter “The White Man,” the 2008 election of Barack Obama complicated the “African American tradition of speaking truth to power” because “A Black Man” now has authority and jurisdiction. As alluded to earlier, President Obama hasn’t accomplished as much to help POC climb the socioeconomic ladder and mitigate the racial discord in America. Dr. West makes a very astute observation when he states, “The age of Barack Obama may have been our last chance to break from our neoliberal soulcraft.” The point Dr. West is trying to hit home is that Mr. Obama could’ve reversed “full-scale gangsterization of the world,” but chose to adopt policies that increased wealth inequality and silenced those who were revealing the harsh truth of the bureaucracy. Dr. West’s critique acknowledges President Obama as “brilliant and charismatic,” yet he also acknowledges President Obama’s inaction and hypocrisy. Look, it’s difficult to change a system when it is built against you, but one must not let hysteria get in the way of making history. That’s what sadly happening during the Obama era.

The key takeaway from Dr. Cornel West’s work is that asking probing questions and holding those in power accountable is vital, especially when the livelihoods of many are hanging by a thread. With Mr. Trump out of office and a new reign of leadership, things seem to get brighter. The Biden administration has rejoined the Paris Climate Accords, overturned the transgender military ban, and rescinded the travel ban on Muslim-majority and African nations.

Yet, Dr. Cornel West warns us that if Mr. Biden and Ms. Harris are “still tied to their same, old,neoliberal elites,” then “another slow disaster” is brewing for Americans. The new administration is objectively better for the populace compared to Mr. Trump, but we, the people, must continue to rally to ensure racial inequities are alleviated. Ms. Harris may be “a centrist and a moderate” as Dr. West claims, but it doesn’t mean that she can’t advocate for pieces of legislation that bridge the racial gap of equality. Mr. Biden may have said de-segregation policies would cause children to grow up “in a racial jungle” in 1977, but he can still take action to help Latinx, African American, and LGBTQ+ communities.

Dr. Cornel West’s practice of questioning authority and holding those in power accountable shouldn’t just apply to President Obama, it should apply to everyone. I believe it’s the duty of my generation to continue to be insightful and immerse themselves in the political process. People of color turning out to vote in record-breaking numbers is an accomplishment, but this country still has a ways to go. Adopting Dr. Cornel West’s framework is one that can ultimately push this country away from focusing on the symptoms of the problem of racial inequity, and curing the infectious disease. America may have made history on November 4th, but we can continue to add to the history books by abiding adjacent to Dr. Cornel West’s principles. 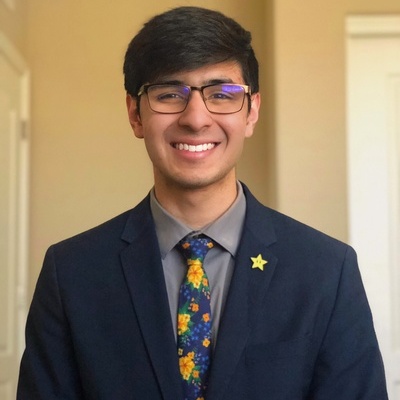