The sound of racial profiling: When language leads to discrimination

June 16, 2020
By: Valerie Fridland
Professor of Linguistics, Department of English

(Author's note: Recent events have highlighted the need to be introspective about our role in systematic and institutionalized racism, but research on linguistic discrimination has long sought to understand how language use and bias are connected.  The following is my article on linguistic profiling that recently appeared in Psychology Today, where I have recently been invited to contribute regularly on various linguistic topics.)

Given the recent protests and riots stemming from the killing of George Floyd, many have been left wondering how racism might be steeped into less obvious facets of our lives.  While his death certainly throws stark light on the continuing danger of being black in America, it also makes us face the inequities that pervade our society.  But bias is not only based on how we look, but also, often, on how we speak, and this begs the question of how the way we react to what people say is influenced by the color of their skin?

As a sociolinguist that specializes in how social identity and language are connected, this is a question that has very much been on my mind lately.  Racial profiling is not just about what people look like, but very much also about what they sound like, and the credibility, employability or criminality we assign to voices has a very real impact on those who happen to speak (or even just look like they speak) non-standard dialects.

If you happen to be one of the roughly 25% of Americans who identifies as an ethnic minority, you have probably been the victim of linguistic bias, even if you speak standard English.  Much like the experience of Chris Cooper, the birdwatcher in Central Park falsely accused of threatening a white dog-walker just because he happened to be black, linguistic research on the impact of stereotypes shows we can hallucinate an accent just by seeing an ethnic looking face.

A number of studies have looked at how simply telling someone they are listening to an ethnic speaker or showing them a photo of an ethnic face, though actually listening to a standard speech recording, influences the perception of accentedness or non-standardness and lowers scores on intelligibility and competence scales.  This, further research suggests, influences the scores non-native instructors receive on teaching evaluations and lowers the expectations teachers have for educational achievement of African-American children.

What exactly do we mean by linguistic profiling?

More broadly, research both in linguistics and social psychology has looked at how subtle and often unconscious linguistic practices predispose us to react to and think about people differently depending on their race.  Current Washington University and former Stanford professor John Baugh coined the term ‘linguistic profiling’ several years ago in response to the discrimination he himself experienced when looking for a house in majority white Palo Alto.

In a study he designed with colleagues, Baugh, using either African-American, Chicano or Standard accented English (called linguistic guises), made calls inquiring about property for rent.  When using non-standard accents, the property listed was somehow no longer available, in contrast to when he was using his standard English guise.  His work was the basis for a widely seen public service campaign to advocate for fair housing practices.

But, this begs the question: what exactly are we tuning into when we ‘hear’ ethnicity in voices?  We might think people sound black or latino, but, since we clearly sometimes imagine accents where there isn’t one, are we even very good at recognizing race on the basis of speech alone?  In short, yes.

When we hear certain linguistic clues, things like pronouncing ‘th’ sounds as a ‘v’ or deleting ‘r’ sounds (i.e. ‘brovah’ for brother) or 3rd person singular deletion (he go), we do often identify those features as part of ethnic varieties.  But, even less salient aspects of our speech seem to signal ethnic identity and, potentially, trigger activation of stereotyped associations.

In a follow up study to the one described above, linguists Purnell, Isardi and Baugh found that listeners were able to determine speakers’ ethnicity as quickly as the first word said in the phone conversation at around 70% accuracy.  In other words, listeners had them at ‘hello.’  The researchers discovered, even without the use of widely recognizable linguistic features like those just mentioned, listeners were sensitive to very subtle phonetic cues such as how the ‘e’ vowel in ‘hello’ was pronounced.

Of course, recognizing that some language features might indicate someone’s gender, age or race itself is not problematic, and, in fact, something we all do.  But associating them with generalized negative traits or discriminating against them on the basis of these traits is where the inherent danger lies.  And often these negative associations are not overt, and we might not even be aware of doing it, but instead are implicit in how we make decisions about how we are going to interact with or evaluate those we hear.

Such consequences are magnified in the criminal justice system

In the criminal justice system more widely, research by linguists John Rickford and Sharese King illustrated how linguistic bias might have affected the outcome in the trial of George Zimmerman for the shooting of Trayvon Martin in 2012.  Zimmerman, who claimed the shooting was in self-defense, was found not guilty of second degree murder in large part because of the prosecution’s key witness Rachel Jeantel’s use of African-American English.  She was ridiculed as inarticulate, not credible and incomprehensible, and, due to unfamiliarity with the dialect, court transcripts of her testimony were highly inaccurate.

The consequences of such linguistic prejudice are very real.  For one, as Rickford and King’s work highlights, the lack of credibility and unintelligibility associated with disfavored varieties can affect judicial rulings.  Driving that point home, subsequent research on juror appraisals found an increase in negative evaluations and guilty verdicts when witnesses spoke African-American English.

This problem, of course, is not limited to contexts where African-American English varieties are involved, as non-native speakers are also unfairly disadvantaged in court and other institutional settings as a result of linguistic barriers.  And even for those who never see the inside of a courtroom, speaking a disfavored variety has been shown to lead to increased discrimination in housing practices, in the educational system and in hiring contexts.

Some might suggest this is simply a call for speakers to adopt standard dialects, but, as discussed above, just looking like you might speak something other than Standard English predisposes listeners to hear an accent, even if it doesn’t exist.  So, the problem is not really with the speech itself, but with the attitudes we hold about the speakers of these dialects.

The only real solution is, of course, to work to reduce and, eventually, eradicate linguistic prejudice by spending the time to understand the socio-historical and linguistic underpinnings of non-standard varieties.  After all, recalling the keen observation of linguist Max Weinreich, “A language is a dialect with an army and a navy.”  Thus, for a non-standard dialect speaker, the fight is far from fair.

Rickford, John R., & King, Sharese. 2016. Language and linguistics on trial: Hearing Rachel Jeantel (and other vernacular speakers) in the courtroom and beyond. Language 92:4,948–88 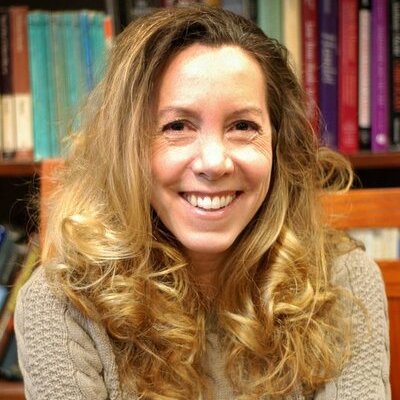 By: Valerie Fridland
Professor of Linguistics, Department of English

Anza Jarschke, DEI Specialist at UNR at Lake Tahoe, and Rabbi Dani and Rochel Libersohn, Chabad at UNR, encourage you to come together to celebrate Chanukah with the University at two celebration events

“This small seed will blossom into a large oak tree”