It has been a week since the murder of George Floyd. After speaking with my players and coaches the last couple of days, I felt it important to share my feelings.

I have been hesitant to rush to make a comment. I did not want to be reactionary or check the box just to say that I made a statement. I feel that the images of the last couple of weeks have hit all of us to the core.

As a black man, I have seen more than five decades of racism – nearly my entire life. The recent killings of Ahmaud Arbery and George Floyd, as appalling and cowardly as they are, are not new events to the black community. These images being caught on tape and broadcast for the world to see have allowed much of the white community to see what black Americans in this country have always known.

As a member of a University community, with the responsibility of educating and leading young men, I must challenge our political leaders, our religious leaders and all people of influence in our community to “Stand Firm” against this senseless and cowardly injustice once and for all.

I say this for my players, their families and our recruits, that in this community we will show the courage to stand firm (in the spirit of nonviolence) to this kind of violence and injustice. In every area of life, in our work place in our social spaces, racism and the mistreatment of people cannot be tolerated because of their race, gender or sexual orientation.

I don’t think much of our community understands what it means to be black in this country. Racism has many layers. Like many black children, I was told by my parents that you have to work twice as hard, and I had to be twice as good to succeed.

I grew up hearing stories of my grandfather being thrown out of school as a young boy, and the teacher telling him that he didn’t need schooling because he was black. My mother was told by her high school counselor that she didn’t need to take college prep classes because she wasn’t going to college because she was black. My father chose to accept a scholarship for football at Wisconsin in 1959 because they were one of the only schools that were playing black quarterbacks at the time. I heard the stories of my mother not being able to use the bathroom when they were traveling as a young kid because she was “colored.”

The first slave ship came to American soil in 1619 in Jamestown Virginia. It is estimated that 6 to 7 million African slaves were brought to America to help build this nation. It wasn’t until April 8th 1864, over 200 years of slavery later, that the 13th Amendment was passed to the United States Constitution that abolished slavery. It wasn’t until 1870 that Congress passed the 15th Amendment that stated voting rights could not be “denied or abridged by the United States or by any State on account of race, color, or previous condition of servitude.”

Since that time, racism has tormented Black Americans in almost every conceivable way, ways that are too numerous to list. Every black American has witnessed the pain it’s caused to our family members throughout the history of our families and our community. It is my hope that some of the events in the last week will motivate all Americans to have the courage to stand firm (in the spirit of nonviolence) and shine a light on these acts of “violence” and “Injustice”.

In closing, I am an American. I am an African American who cares deeply about my country and my community. The images of protest and unrest I see on a nightly basis show me that the devil is alive and well, and right now he is laughing because our differences are dividing our country. I pray to God and challenge all of us when our feet hit the floor in the morning that we “Stand Firm” to violence, racism and injustice in our lives and in our community wherever it lives. Then and only then will we start to see change in our lifetime. 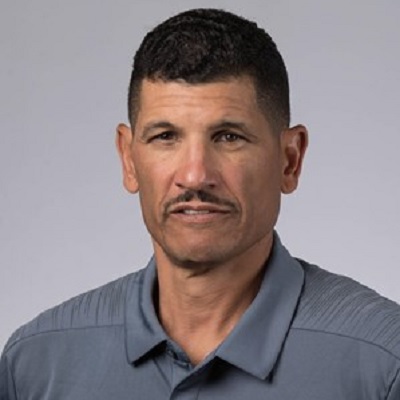 After much planning and preparation, Libraries are ready for "Phase 2" of the campus' return

Change starts in many ways, but perhaps the most important is involvement and engagement by University Community

We've all been there, from halting connections to slow loading times. Here are some tips to help.

The University of Nevada, Reno gains a new college this summer

The story of Juneteenth's AB 174: 'A short bill with a mighty purpose'

" This new ruling has generated considerable concern, primarily because of its implications for international students ...

Extension provides resources to families for STEM activities at home

Approval for telehealth means clinic carries on work with old clients and accepts new ones during the pandemic.

Gardening and horticultural events offered to grow the summer spirit