Snapshots of language loss and revitalization: Paiute classes at the University and Stewart Indian School

As a linguist who works on Native American languages, I was certainly excited to learn that Feb. 21 is International Mother Language Day. Recognizing the strong link between language and culture and cognizant of the alarming rate at which languages are disappearing, the United Nations established this day a couple of decades ago as a way of celebrating and safeguarding the richness of linguistic expression that exists in the world. Of the approximately 6,000 languages spoken today, at least 43 percent of them are estimated to be at risk of not having any native speakers left.1 Native American languages – of which there were around 300 spoken at the time of the arrival of Europeans2 – are among the languages threatened in this way. This includes the languages indigenous to Nevada: Northern Paiute (Numu), Washo (Wašiw), Western Shoshone (Newe) and Southern Paiute (Nuwu/Nuwavi).

One way that communities have begun to counter these alarming trends is by promoting their languages through education. The local Indigenous communities have been offering classes in their languages for quite a while, and I am happy to report that now the University of Nevada, Reno is also contributing to those efforts by offering classes in the Northern Paiute language, an effort spearheaded by Christina Thomas (tribal community member and now graduate of the University), Jenanne Ferguson (faculty member in anthropology), and me (faculty member in English). For the first time ever, students were able to enroll last semester in PAIT 111: First Year Northern Paiute and this semester in PAIT 112 as a way of partially fulfilling their foreign language requirement.

The University Paiute classes are taught by Ralph Burns, a respected and celebrated storyteller and teacher from the Pyramid Lake Paiute Tribe. In keeping with a philosophy that recognizes the vital connections among language, culture and land, students in the class (who include undergraduates, graduate students, alumni and faculty, as well as members of local Indigenous communities) learn not only the vocabulary and grammar of the language but also the ways in which the language reflects the traditional culture, knowledge and life ways of the Numu people. Mr. Burns’ skills as a teacher and his respect and appreciation for anyone interested in learning the language helps to create a classroom atmosphere that is warm, welcoming and supportive. As a student of Mr. Burns’ and a facilitator for the University’s Paiute classes, I can personally attest to how fun and rewarding it is to study the language with him.

Endeavors such as the language classes offered in tribal communities and at the University demonstrate the power that education has to strengthen the position of threatened languages. It is important to note, though, that education also has the power to seriously imperil those languages. In fact, the educational system is in significant part to blame for the dramatic decline in speakers of Native American languages, here in Nevada and throughout the country.

Starting in the late 1800s, the government began establishing boarding schools for Native Americans. The first such school was the Carlisle Indian Industrial School, which opened in Carlisle, Pennsylvania in 1879. In the words of its founder, the goal of the school was to take a Native child and “kill the Indian in him, and save the man.”3 This institution and others that followed in its image developed practices such as stripping Native children of markers of identity, including clothing, hairstyle and names – all with the aim of eliminating Native American traditions, cultures and ways of life. Native American languages were also a target at these schools and children were punished for speaking them.4

The boarding school established in our area following this model was the Stewart Indian School, which opened in 1890 just southeast of Carson City. The primary targets for the school were children from tribes in our region (the Northern Paiute, Washoe and Western Shoshone tribes), though the school eventually expanded to include students from various other tribal communities as well. As with other Native American boarding schools, the Stewart Indian School offered Native children vocational training while at the same time implementing practices that suppressed their traditional values and customs. After 90 years in operation, the school closed in 1980. Many former students (including Mr. Burns) continue to live in our community, and many of the buildings of the former school are still in use. One of those buildings houses the just recently opened Stewart Indian School Cultural Center and Museum, where visitors can learn more about the complicated history of the institution.5

As a result of these boarding schools and other cultural, political and economic efforts at eliminating Native American culture, we have seen a dramatic decline in the number of speakers of Native American languages. Few Native children today have the opportunity to learn their heritage language at home. As the United Nations recognized in its establishment of International Mother Language Day, when languages are lost, ‘opportunities, traditions, memory, unique modes of thinking and expression — valuable resources for ensuring a better future — are also lost.’ Humanity as a whole stands to benefit from the cultural richness that comes with linguistic diversity.

We can help reverse the trend of language endangerment in numerous ways. The effectiveness of boarding schools at reducing the number of speakers of Native American languages speaks to the power of education at shaping language knowledge and use. It is for this reason that endeavors such as the Paiute classes at the University are so important: They harness the power of education in order to begin to heal some of the devastating harm that educational policies and practices have inflicted on Native Americans. In the process, the classes help to recognize, celebrate and strengthen the rich linguistic legacy of our region.

Ignacio Montoya is an Assistant Professor in the English Department. He earned his PhD in Linguistics from The Graduate Center, City University of New York. His linguistic specialization is morphology (the structure of words), and his current research interests include language revitalization and reclamation and Indigenous languages of North America.

3. Pratt, Richard Henry. 1973. Official Report of the Nineteenth Annual Conference of Charities and Correction (1892), 46–59. Reprinted in Richard H. Pratt, “The Advantages of Mingling Indians with Whites,” Americanizing the American Indians: Writings by the “Friends of the Indian” 1880–1900, 260–271. Harvard University Press. (Original work published 1892) 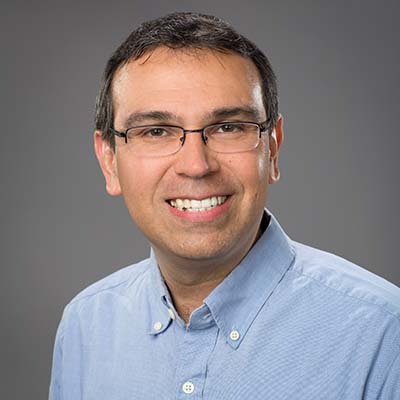 A Q-&-A with one of the scholars from the National Science Foundation-funded “Creating Retention and Engagement for Academically Talented Engineers” program. Tyreis Gatson is a member of the first cohort of CREATE program scholars