Beauty of the public domain: Celebrating the old, creating the new

Jan. 1 is a big day for copyright nerds like myself. It’s the day a new batch of creative works enter the public domain, meaning they can be used by anyone however they like, no permission needed. This year, those works include anything published in 1924. Likely the most famous work and beloved work of the group is Rhapsody in Blue by George Gershwin, but plenty other famous songs, books, movies, and art also came into the public domain this year.

The University Libraries’ initial goal to celebrate these works was to invite students and faculty to perform and discuss their favorites pieces in a live concert that was planned for April. Alas, we of course had to cancel the event, and although we initially hope we could just reschedule it for the fall, we realized a live concert wouldn’t happen this year.

We immediately started thinking of what a virtual concert would look like and invited our performers to record themselves performing instead and to send us the videos so we could bring them together in an online exhibit. Fortunately, seven people were still able to take part, and although we miss the feel of a live event, we’re thankful that we now have these videos for posterity.

The beauty of the public domain is that it allows for the creation of new works. We wouldn’t have West Side Story if Leonard Bernstein, Arthur Laurents, and Stephen Sondheim weren’t able to adapt Shakespeare’s Romeo and Juliet as they wished.

Fortunately we’re not far from the next Jan. 1 and another batch of works published in 1925 entering the public domain, including F. Scott Fitzgerald’s The Great Gatsby and Virginia Woolf’s Mrs. Dalloway. I’m excited to see what our staff and faculty can do with these works, whether it’s featuring them in their scholarship or coming up with new works entirely. 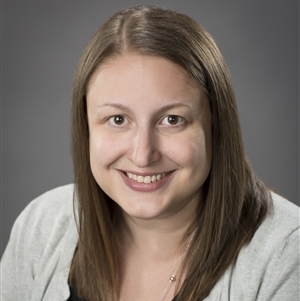