Communication is key: The advent of the University Leadership Alliance

ULA to discuss new initiatives, campus diversity issues and other matters pertinent to the University community on Feb. 22

I am Sandesh Kannan and I was born in a southern part of India in a beautiful city of Mysore which is known for its rich and royal history.

I moved to a city with nine million people, Bangalore, when I was two years old with my family of four, my father, mother, sister and I. Growing up, my parents have taught me all those values that helped to be the man I am today. With all the lessons that I learned from my parents, one of the most valuable lessons I learned is the importance of clear communication. Every night when we ate dinner we spoke about our issues, from personal to official matters, with each other. I believe communicating with each other is the reason why we are a beautiful family that we are today.

When I moved to United States in 2014 from India to pursue my master's degree in Business Administration at the University of Nevada Reno, I encountered many stereotypical views about different cultures. I was even called "Jihadi" at one point of time. To bridge this gap between reality and stereotypes, I initiated an event called Unity In Diversity: Breaking Down Stereotypes where student speakers speak about stereotypical views they experience in the society and how to break it down.

I have always been keen on identifying the communication gap between different groups in an organization. Having been in various positions in University of Nevada, Reno, such as being an international student, Vice president of External Affairs of the Graduate Student Association (GSA), and now the President of GSA, I have experienced a gap in communication between different levels of authorities, among student groups and among governing bodies. Everyone is discussing different issues at different times at different parts of the institution. The University of Nevada, Reno has always treated me like its own family and now my family is broken apart with lack of communication.

The newly formed University Leadership Alliance (ULA) will bring all the four governing bodies on campus (the Graduate Student Association, the ASUN, Faculty Senate, and Staff Employees' Council) under one roof periodically in order to establish collective representation of the UNR community of more than 25,000 members.

The first ULA general meeting will be held on February 22, 9 a.m. to noon in the Joe Crowley Student Union, Fourth Floor, Ballroom C.  At this meeting, the ULA board (three executive members of each governing body) and University administrative leaders are gathering to discuss priorities, goals, new initiatives, campus diversity issues and other matters that affect the UNR community. The meeting is open to the public and will include opportunities for public comment and open discussion so that members of the campus community and other stakeholders can express their concerns to the ULA board and the University Administration. I hope that the meeting will provide a vibrant platform for enhancing transparency in communication between the University administration and constituents. 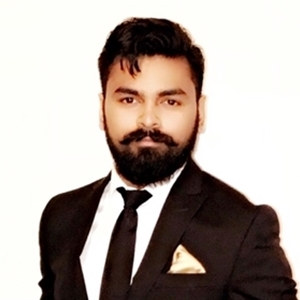