The women's basketball team in 1899 provided the University with a first: The institution's first official intercollegiate sports win

Their eyes gleam with intensity and barely a smile cracks their faces. Their uniforms are bulky and cumbersome, long gathered skirts and full sleeves, prim and buttoned collars. The number 99 is conspicuously emblazoned on each. One of them holds a basketball, gazing steadily at the camera. Unlike many turn-of-the-century portraits of women, carefully posed to portray them as delicate and weak, there is nothing fragile or helpless about these women: they are confident and composed. This photo and the legend that has grown around it occupies a unique place in university history and in the hearts of Wolf Pack supporters. Celebrated as the University's first victorious sports team, this image has become an iconic emblem of the University of Nevada, Reno and the women's athletic program.

The victory, the first in university history, came on April 11, 1899 when Nevada beat Stanford by a score of 3-2. It was startling enough that both the Nevada State Journal and the Reno Evening Gazette took notice, running prominent articles celebrating the win and anticipating the large crowd and loud ovation that would greet the team when they returned to Reno. The student newspaper proclaimed, "This is the first time in which Nevada has defeated a college team and we feel duly proud of our victorious girls. Let us follow up this victory with others, and the time is not far off when Nevada will be recognized in athletics among the colleges of the West." (1)

A couple of years later, in an article summing up the history of athletics at the university, the 1901 yearbook noted: "To the honor of the girls be it said that this was the first real intercollegiate victory won by a University of Nevada team." (2) Note that the victory has already been built upon: it is not the first victory-it is the first real victory, the first intercollegiate victory. As college sports became formalized, the distinction was necessary. The university formed the Athletic Association in 1898, marking the start of organized sports on campus. Before that, less formal co-ed and scrimmage teams had formed among students who quickly discovered that Reno's isolation from other universities made finding opponents and scheduling games difficult. These teams included football, baseball, track, and basketball. The results entered the university record via the student newspaper and yearbooks, predating official collegiate record keeping. According to these records, the football team had in fact won games prior to the women's basketball victory in 1899, playing prep schools, athletic clubs, small private colleges, and second-elevens (the equivalent to second strings or junior varsity teams). Once the university began keeping score, these scrimmage games with non-university teams no longer counted. The win over Stanford did count. It stands to this day as the first official victory of the University of Nevada.

How the photograph became associated with this historic victory isn't clear. It came to University Archives, possibly from the Education Department, with a shaky scribble on the back noting simply that "Elizabeth Stubbs holds the basketball." It was accompanied by a photocopied sheet titled "Girl's Basketball Team - University of Nevada - 1899." A typed list of the names of the players follows below, along with a note that the identification was provided by Charles Paul Keyser on October 22, 1971. Keyser was a member of the class of 1899 and a well-known donor to the university. Another handwritten note, this one scrawled across the top of the photocopy in different handwriting, states that the photo was taken in 1896. Probably considered to be a mistake or a memory muddled by the passing years (after all, Keyser was in his nineties when he made the identifications), this crucial piece of evidence has been overlooked or dismissed by everyone who has handled the photo, assuming instead that the players are in fact the victorious University of Nevada basketball team of the 1898-1899 school year. As such, it has been blown up and reproduced, framed and hung on walls, dispersed in books and articles, always captioned 1899 basketball team, always referring to that first historic win.

Mistaken dates and misidentified people and places are not uncommon in archives, particularly in photographs, which are frequently labeled upon donation, years after the events depicted took place, relegated to the vagaries of time and memory. Many photographs have no dates or identification. Historians often have no choice but to try to put the pieces together with incomplete or contradictory information. While in many cases it is possible to track down the original context of a photograph, this level of research is rarely something archivists have time to do on a regular basis. In this case, local historian and author Alicia Barber asked me to clarify which photograph was the correct one for her exhibit on Nevada women, now installed at the Nevada State Capitol. What began as a reference question turned into an important historical discovery.

As it turns out, it wasn't just football players out organizing squads and arranging games in the early days of college athletics. Women were interested in playing sports and basketball was their sport of choice. (3) The Student Record noted in September of 1896 that "the co-eds of the class of '99 who have always taken an interest in athletic sports have organized a team to play basket ball. This is the first team of the kind organized in this State." (4) Over the next few months, student reporters tracked the practices, often as early as 4:30 am, noting that no visitors were allowed in and that people were very intrigued by this group of young ladies, with anticipation palpably building on campus. A large crowd formed when a game was finally organized. Both teams were composed of university students: the Class of 1899 and a second group of students from the women's dormitory, Manzanita Hall, called the Girl's Cottage team. The Class of 1899 won 2-1 after 50 minutes of play with a ten-minute intermission. According to the Student Record, the Cottage team remained undaunted while the Class of 1899 intended to find other teams to play. (5)Ultimately, a lack of coaching led to the team disbanding before other opponents could be found.

The spring of 1898 marked the return of basketball to the University of Nevada campus, this time with a coach and a formally organized university team. "Bloomers replaced frills and petticoats," (6) proclaimed the Artemisia, and attention to the rules replaced the mad scramble that had been that first exciting game. It was difficult to find opponents, resulting in "a desperate struggle for existence" until finally a match was scheduled in San Francisco with the University of California. (7) Nevada lost that game. A year later, after another loss to California, history was made when the team from Nevada shocked and silenced the crowded stadium at Stanford.

The team photo from the victorious1898-99 school year appeared in the 1899 yearbook. It was taken before that game was played; the yearbook went to print with a mention of the upcoming battle, which was summarized in the following year's annual. The full sleeves and prim collars remain, with voluminous knickers replacing the skirts. Elizabeth Stubbs, one of two players to play on both teams, who continued as team manager after graduation, is listed as the right forward. Shown below in the back row, far left, her demeanor exudes confidence, her unflinching eyes returning our gaze to this day with her own. Giving credit to the correct squad and restoring the connection to the correct photograph clarifies an important moment in university history. Recovering the lost story of the Class of 1899 basketball team and the early history of college athletics adds a whole new dimension to this story and to the history of the University of Nevada, Reno. 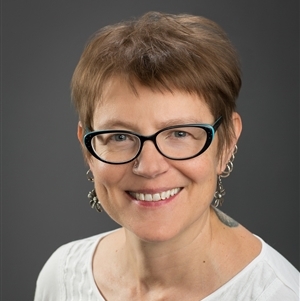