This facility is designed to support training, use, and analysis of a variety of structural and functional neural imaging techniques. The core is located at MSS 300, which houses a set of workstations and software for neuroimaging analyses, along with neuroimaging systems. The core provides access to fMRI in humans and small animal MRI by partnering with scanning facilities at Renown Hospital, Reno and the University of California, Davis.

The equipment supported by the Neuroimaging Core includes: 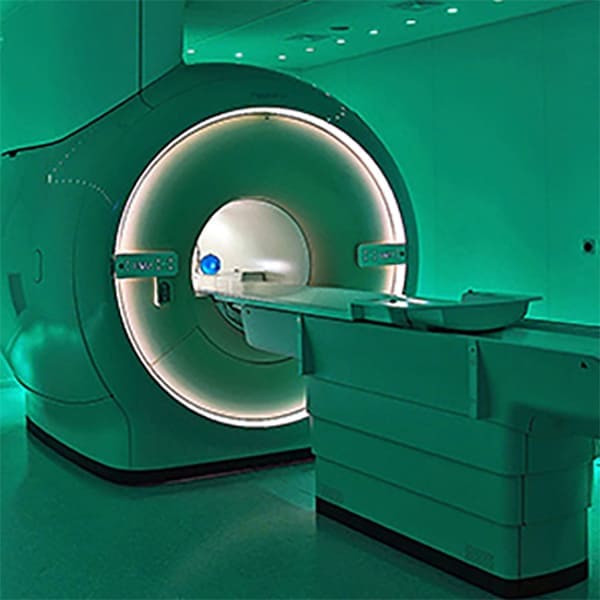 Magnetic Resonance Imaging (MRI) is a non-invasive technology used by researchers to study brain anatomy and function. MRI uses a strong magnetic field and radio waves to measure signals emitted by excited hydrogen atoms present in various types of bodily tissue. These signals are converted into images that show different degrees of contrast for different tissue types, which allows researchers to create detailed anatomical images of the brain. Functional MRI (or fMRI) uses MRI technology to measure brain activity, which can then be superimposed on images of brain anatomy from MRI. Unlike MRI, fMRI measures blood-oxygen-level dependent (BOLD) signals that indicate the amount of blood in different areas of the brain. Blood volume increases as a function of neural activity because the brain does not store the glucose needed to provide energy to the metabolically "expensive" activity of its neurons, and blood must be shunted to brain regions that are most active. Like EEG, fMRI measures the activity of large populations of neurons. However, the spatial resolution of fMRI is much greater than that of EEG-fMRI has fine spatial resolution but poor temporal resolution (unlike EEG). Researchers at the University of Nevada, Reno, are using fMRI to study a broad spectrum of cognitive and perceptual abilities including vision, memory, and uniquely human skills such as reading. 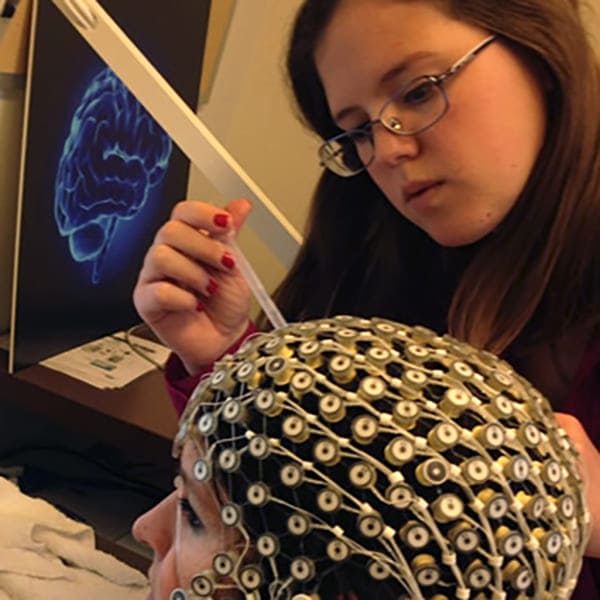 Electroencephalography (EEG) is a non-invasive technology that measures voltage fluctuations on the scalp that result from the synchronized activity of large groups of neurons in the brain. In some cases, this activity is associated with a particular stimulus or task. For instance, evoked potentials (Eps) and event-related potentials (ERPs) involve the time-locking of stimulus presentation (e.g. visual or auditory) to the measurement of scalp potentials. EEG has high temporal resolution (on the order of milliseconds), which gives it an advantage over other neuroimaging technologies such as fMRI and fNIRS. Because of its high temporal resolution, EEG activity can be correlated with specific stimulus events and behaviors at a very fine time scale. On the other hand, the spatial resolution of EEG is limited. To overcome this limitation, researchers at the University of Nevada, Reno, use a 256-channel high-density array EEG system. This system, combined with state-of-the-art neuroimaging software, allows the researchers to determine the source of EEG signals in the brain. 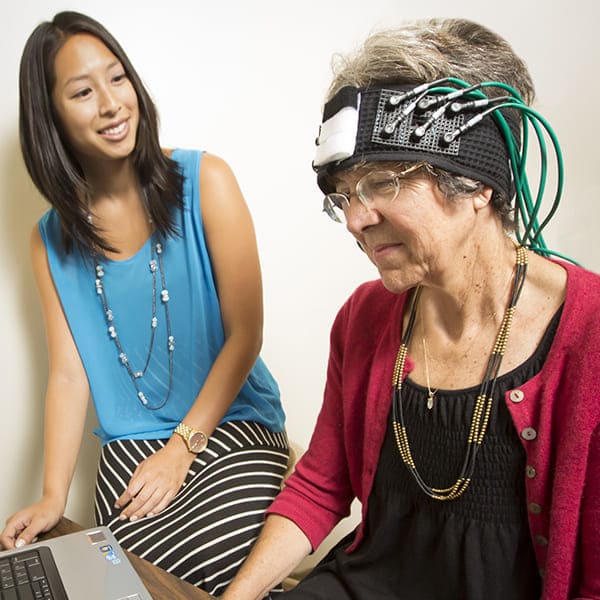 Near-infrared spectroscopy (NIRS) is a non-invasive means of measuring brain activity. If you hold a flashlight to the palm of your hand in the dark you can see that its light will travel through several centimeters of tissue. NIRS affords optical brain imaging at centimeter depth by projecting near-infrared wavelength light through the skull and measuring how much has been absorbed by the hemoglobin in your blood. That is, NIRS indirectly measures brain activity by measuring the amount of oxygenated and deoxygenated hemoglobin in a particular region of the brain-this relies on the fact that active areas of the brain require blood to sustain neural activity, which is metabolically taxing. NIRS thus allows researchers to "see" brain activity, which is essential to understanding the function of the human brain. We therefore sometimes refer to this use of NIRS technology as "functional NIRS" or fNIRS. Researchers at the University of Nevada, Reno, are using fNIRS and other neuroimaging technologies-including functional MRI (fMRI) and high-density array EEG to study a variety of human cognitive and perceptual abilities. 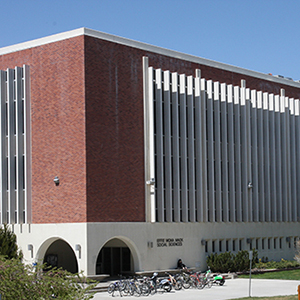 MAC/PC computers with software including: