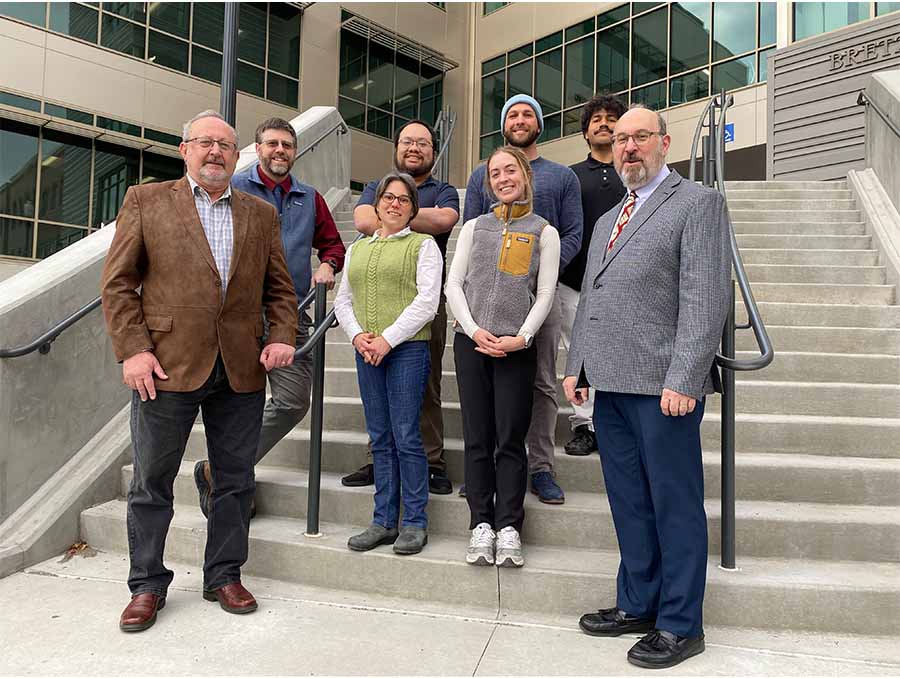 A newly launched interdisciplinary project headed up by the College of Engineering aims to collaborate with local organizations, and eventually citizen scientists, to study environmental conditions. Data gathered through the project called Elements: Innovating for Edge-to-Edge Climate Services can help communities better handle wildfires and other natural hazards.

Dascalu and his interdisciplinary team of engineers and environmental scientists will build a new, trusted technology platform for signing up sensors, transferring the data and for visualizing and analyzing the data.

The whole system will then be tested on a new Nevada weather “edge-to-edge” platform, or NevWx, which will be developed as part of the project. “Edge to edge” refers to the continuum of data collection — from the gathering of information to the data processing to the distribution to the public.

“The goal of this project is to build a system that will allow anyone easier weather monitoring participation and information access,” Geography Associate Professor and Nevada State Climatologist Stephanie McAfee, one of the co-principal investigators on the project, said.

The Edge to Edge project is in its early stages, but the team members anticipate that data may be available to the public by late 2023.

The team is also working with stakeholder organizations, including the National Weather Service Reno Weather Forecast Office; the Nevada Division of Water Resources; the University’s College of Agriculture, Biotechnology and Natural Resources (CABNR); and the Desert Research Institute (DRI). Those stakeholders will provide science and community feedback to the team.

Wildfire, heat and drought hazards are significant community challenges in the American West, and this new project aimed at creating a trusted infrastructure for open-access sensor deployment and data workflow could help communities address those hazards in locally-appropriate ways. The Edge-to-Edge project aligns with one of the College of Engineering’s main areas of focus: engineering and designing equitable community infrastructure to mitigate cascading local, regional and global hazards, including wildfires, water issues, and earthquakes.

Currently, the team has proposed sensor installation in three general areas: one around the burn scar of the Caldor Fire, which destroyed 221,835 acres in the Eldorado National Forest in 2021; one in and around Incline Village; and a section along the Mount Rose Highway. McAfee said the team will be applying for permits to install the sensors this winter and coming spring, and plan to install the pilot sensor network next summer.

In the meantime, the team will be working on the network, security design, and software for NevWx and on accurately identifying the user needs for the online interface.

Long-term, according to Dascalu, the goal of the Edge to Edge project is to create transformative, real-time, crowd-participating environmental data services.

“It will enable involvement of citizens and diverse organizations in the scientific data collection and use process,” Dascalu said.