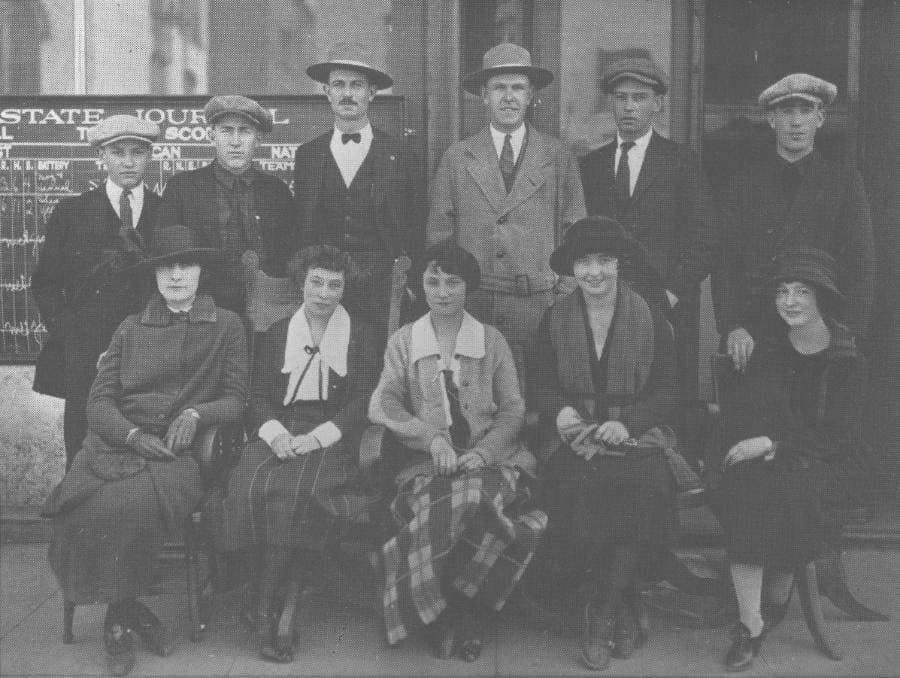 To celebrate the centennial of journalism education at the University, the Reynolds School of Journalism is hosting its Centennial Celebration on Wednesday, October 26, at 6 p.m. in the Joe Crowley Student Union Milt Glick Ballrooms at the University of Nevada, Reno.

The free event will feature the premiere screening of the documentary “On the Record: A Century of Journalism Education at Nevada.” The 30-minute film, which was produced by award-winning documentarian and Reynolds School professor Kari Barber in collaboration with Reynolds School students and faculty, explores the evolution of the school through a century of challenge and change.

One hundred years ago, the inaugural 11-student journalism class was instructed within the Department of English by Laura Ambler, a young Nevada graduate and local news reporter in Reno. In 1923, Professor Alfred Higginbotham, warmly known as “Higgy,” arrived on campus and set to growing the journalism program. Eventually, Higginbotham was successful in establishing journalism as its own department in 1943.

Over the next few decades, the journalism department would continue to bring in distinguished faculty members and shape some of the nation’s leading news people and strategic communicators. In 1984, with the philanthropic support of the Donald W. Reynolds Foundation, the department became the Reynolds School of Journalism.

“Journalism education at Nevada has had a remarkable run during the past century,” said Al Stavitsky, Dean of the Reynolds School of Journalism. “I’m convinced the best days are ahead,” he added.

To register, visit the event page.