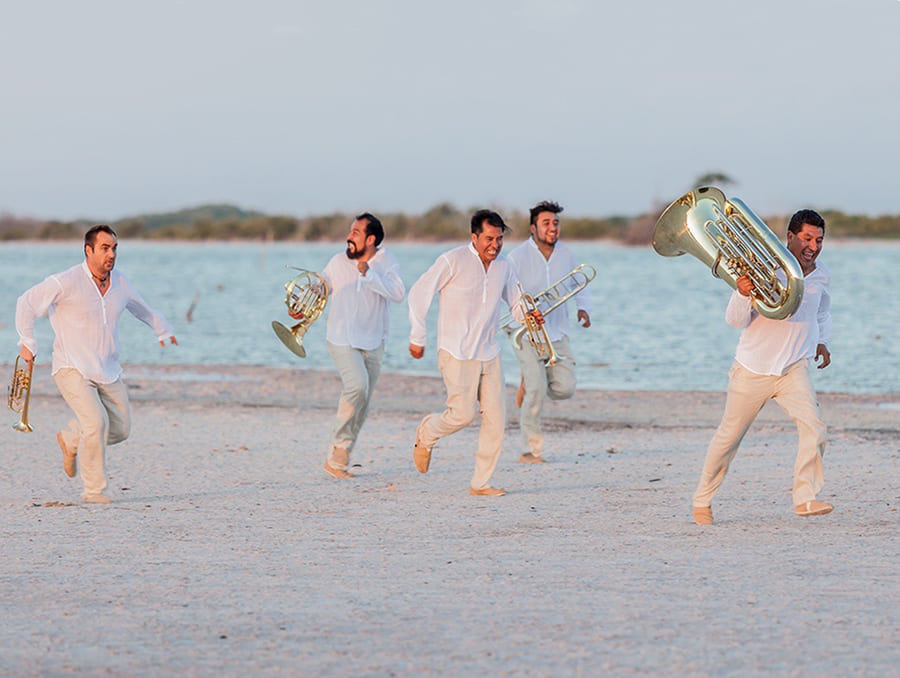 “Audience members can prepare for a captivating evening as this out-of-this-world ensemble tests the boundaries of performance,” Shoshana Zeldner, program manager with the School of the Arts, said. “Merging exceptional musicianship, comedy, theatrics and interaction with the audience, M5 will perform a blend of classical, blues, contemporary, folk, pop and more.”

Internationally recognized, M5 Mexican Brass blends great virtuosic chamber music in all styles from Baroque to Broadway, effortless humor and a winning rapport with the audience. With their natural sense of showmanship, inimitable Latin American charm, and their very own sound, their performances are fun, surprising and unexpected.

Bandleader Alexander Freund is the assistant professor of trumpet at Georgia State University and has toured nationally and internationally as a member of M5, a soloist and an orchestral musician. From 2003 until 2018, Freund lived in Mexico where he was principal trumpet of the Symphony Orchestras of Michoacán and Nuevo Leon and Professor at the Conservatorio de las Rosas in Morelia. Born in Germany, Freund took his first music classes with members of the Berlin State Opera. He has a master’s degree from the University of Arts in Berlin, Germany, and a doctoral degree from McGill University in Montreal, Quebec, Canada.

Artist Sydney Cain to give presentation at the Nevada Museum of Art Nov. 10