Throughout her three-decade-long career, sociology professor Mary White Stewart made a profound difference 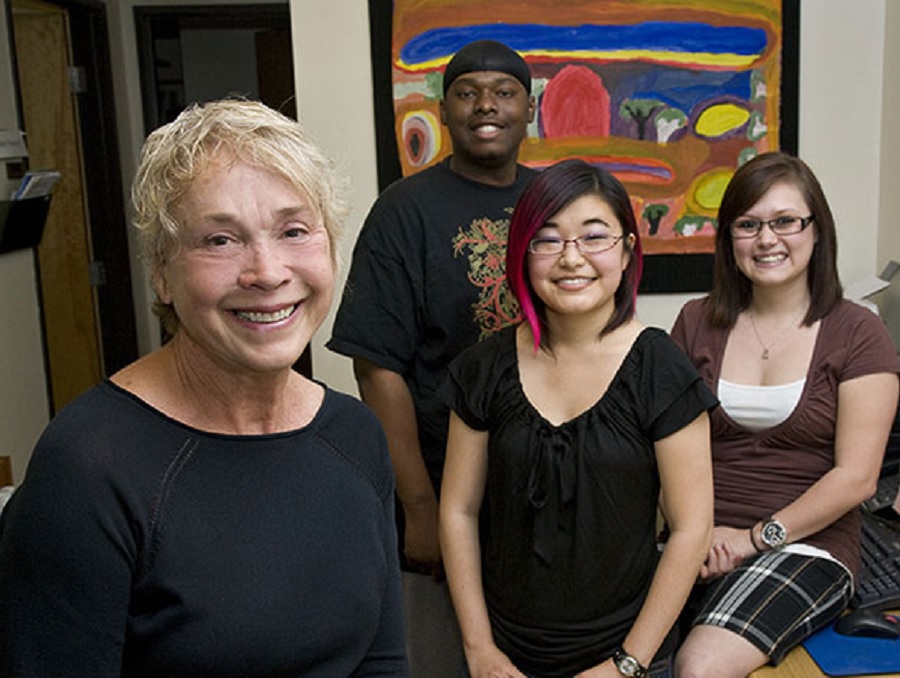 Throughout her three-decade-long career, sociology professor Mary White Stewart made a profound difference

Mary White Stewart’s three-decade-long career at the University of Nevada, Reno was one of milestones. If she wasn’t the first person to achieve something of historical significance in the attempt to make the campus a more just and equitable place, she was almost certainly involved or played a significant role in making needed change occur at the University.

Stewart, an emerita professor of Sociology who passed away in April at age 76, was an instrumental figure in the evolution of turning what was at first a Women’s Studies program into what is today one of the fastest growing departments in the College of Liberal Arts – the Department of Gender, Race, and Identity.

When Stewart was appointed director of Women’s Studies in 2002, she led it through a period of great change and growth, culminating with the formation of the Gender, Race, and Identity program in 2007. The new structure was crucial to the program’s growth, bringing together the major and minor in Women’s Studies with minors in Ethnic Studies; Holocaust, Genocide, and Peace Studies; and Religious Studies. Gender, Race, and Identity would become its own department in July 2020 and now is home to nine core faculty, six of them jointly appointed with other departments.

In an effort to ensure her impact and legacy, the Mary White Stewart Memorial Scholarship is being established. The scholarship will provide financial support to undergraduate and graduate students pursuing a degree in Sociology or Gender, Race, and Identity. The goal by the College of Liberal Arts is to raise at least $10,000 to establish a scholarship endowment in Stewart’s name that will last in perpetuity.

“Mary White Stewart’s vision for interdisciplinarity and collaboration led to the development of Gender, Race, and Identity,” said Debbie Boehm, the former chair of the Department of Gender, Race and Identity. “She imagined GRI as an academic home for the study of power and injustice, but also a program dedicated to social change and transformation. She knew the important role that critical scholarship and excellent teaching can play in creating a stronger university and a more just society.”

In addition to her duties as a program director, Stewart was a respected teacher and researcher in the fields of feminist theory and gender inequality. Her scholarly work included the 1998 book, “Silicone Spills: Breast Implants on Trial,” which was one of the first in-depth looks at the health problems women with breast implants encountered.

Stewart interviewed more than 60 Nevada women who had breast implants and detailed their stories and their health histories. One reviewer wrote, “Until the publication of ‘Silicone Spills: Beast Implants on Trial,’ there has never been a sophisticated and accurate presentation of the women who had implants, why they have had them, and what has happened to them socially, medically and legally as a result.” In a 1999 interview, Stewart said of the book, which she felt was rooted in the perspective of a sociologist who studied the inequalities women had experienced throughout the latter part of the 20th century: “If women were educationally, monetarily and politically equivalent to men, the choices they make about their bodies would be different.”

Among her other books were “Portraits of Change: Unparalleled Freedoms, Unanticipated Consequences (2012) and “Ordinary Violence: Everyday Assaults against Women” (2001, revised in 2020).

“Portraits of Change” was a very personal book for Stewart. It combined her professional experiences in academia with her own personal perspective regarding how a woman’s life can reflect changes in society as well as changes and norms in their own lives. She traced how social change in the 1960s and 1970s affected four generations of women in her own family.

"It was a real balance between expressing my own experiences, as they reflected larger social changes, and exposing myself to judgment," Stewart said in a 2013 interview. "Because I delve into some personal experiences about both myself and my family, I was sensitive to our vulnerabilities. At the same time, I thought the difficult experiences I had as a woman, a wife, a mother and a scholar would reveal the deep impact of dramatic social change on women's lives."

Stewart also played a key role in the Nevada System of Higher Education’s Committee on the Status of Women, which in spring 1992 reported on the high rates of sexual harassment that had been experienced, with up to 48 percent of faculty and staff on all of Nevada’s campuses reporting in a survey that they had experienced sexual harassment in some form.

“It became clear to us … the University needed to become more, what some might call, female friendly – that is, make the environment more comfortable for women overall,” Stewart said in a 1992 interview.

Due to the findings of her committee, the University revised its harassment policy later that spring and the Board of Regents approved a faster hearing process for all cases of sexual harassment on Nevada’s university and college campuses.