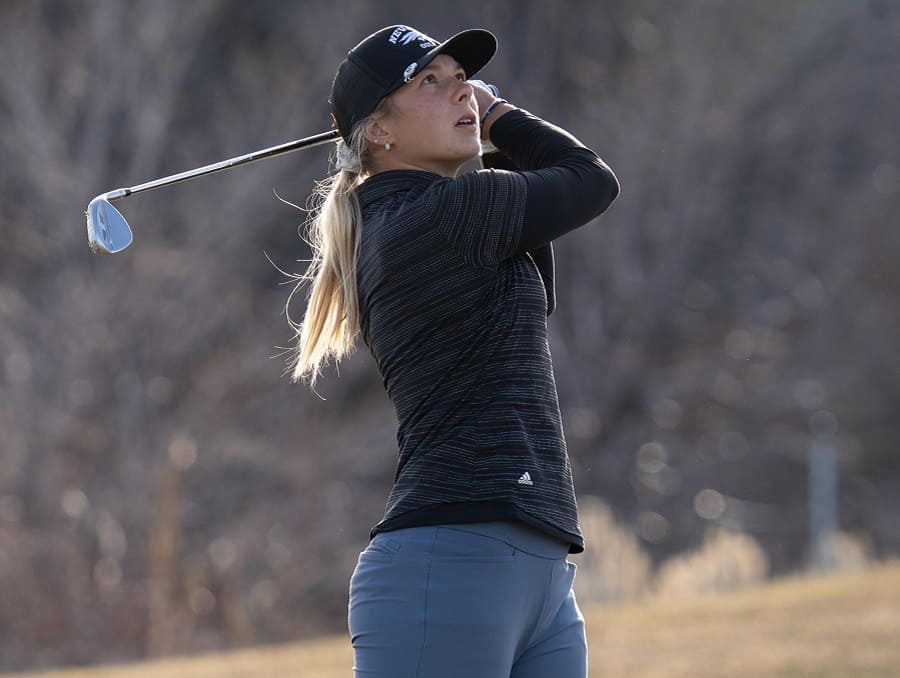 The NCAA announced on Golf Channel today that Leah John and Victoria Gailey have earned an appearance in the Stanford Regional on May 9-11 with eyes on the NCAA Championships on May 20-25 at Grayhawk Golf Club in Scottsdale, Arizona.

It marks the first NCAA berth for both John and Gailey and the first time in program history that the team has had two golfers make the NCAA Regionals as individuals in the same season. The Pack last earned an individual berth into the NCAA Regionals in 2000-01. Angie Yoon capped a run of three straight regional appearances with a tie for 37th (+16). The highest finish in an NCAA regional for a Nevada women's golfer was Yoon's 1998-99 performance when she tied for second (-1).

Gailey finished the lowest round (68) in Nevada women's golf history at the Mountain West Championship during the third round on Apr. 20. She has recorded the second-lowest score (73.40) against par in program history this season and holds the record for the lowest score against par in program history (73.06; 2020-21). Gailey's national scoring rating over 30.0 rounds is 132 and she has set a program-record 11 rounds at par or less this season. She has made 77 birdies during the 2021-22 season, which is second in program history behind teammate Leah John (84).

Gailey posted the 14th top-10 of her career after tying for seventh at the Mountain West Championships (+3).

John earns her first appearance in the NCAA Championships with an at-large selection. She earned her first-career win at The Show at Spanish Trail after shooting the lowest round of her career (66) in the second round and finishing with a four-under score to take the individual title. Her 212 was the lowest score in the tournament and tied the third-lowest 54-hole score in program history (Angie Yoon, 1998-99; Celyn Koo, 2015-16, 212). John has shot a scoring average of 73.67 against par to post the fourth-lowest score in program history.

Gailey and John will compete as individuals at the Stanford Regional on May 9-11.