Faces of the Pack: Alejandro Robles

Senior spotlight from the College of Science 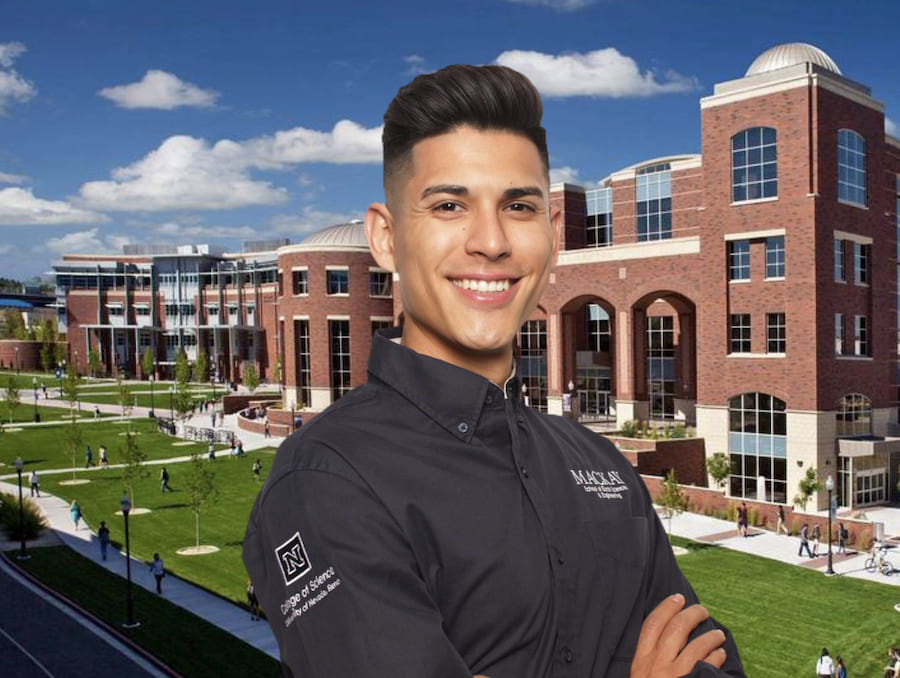 Faces of the Pack: Alejandro Robles

Senior spotlight from the College of Science

Senior Alejandro Robles, who is majoring in mining and mineral engineering, with an emphasis on systems engineering, discusses his favorite memories on campus and advice for freshmen as his last year of his undergraduate education at the University of Nevada, Reno comes to an end.

Robles talks about how for him, being a member of the Wolf Pack means taking first year and transfer students under his wing and sharing information and skills he has learned.

“I was always shown in my department to pass down the knowledge that I have learned, to always think of others and how to help them without looking for anything in return,” Robles said.

Some of the knowledge that Robles shares includes advice for first year students that some students often realize too late.

“My best advice is to get involved your first year in clubs that interest you. Pick maybe three or four and narrow it down to one or two. Don’t commit to things you can’t finish, and if you need help ask for it,” Robles said. “Email your teachers if something is going on in class or if you need to be absent, as more often than not, they will be understanding. There are so many resources on campus –– use them, you pay for them!”

In thinking about his experiences at the University, Robles recounts that his favorite memory during his undergraduate years was attending the Society for Mining, Metallurgy and Exploration national conference.

“Traveling and organizing the trip with the John Mackay club members was very fulfilling. Seeing people recognize your school as one of the best programs for mining engineering in the nation was pretty cool,” Robles said.

With only one semester left for Robles until his graduation in the upcoming spring, he is currently focusing on the benefits and drawbacks of each job offer that he has received from his career and education field.  Although he hasn’t yet decided where he will be going, his hope is to stay in this region of the country to be close with his family.