Celebrating what we should be condemning

More and more states of the Union have decided to replace the commemoration of Columbus Day with the Day of the American Nations. 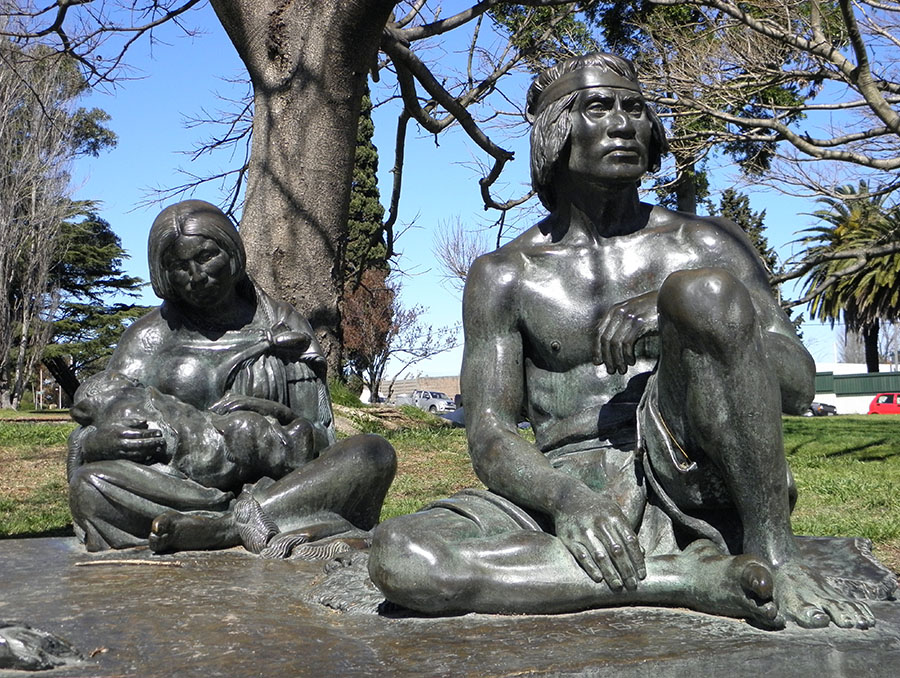 Celebrating what we should be condemning

More and more states of the Union have decided to replace the commemoration of Columbus Day with the Day of the American Nations.

The first Columbus Day celebration in the United States took place in New York on October 12, 1792, on the 300th anniversary of Columbus’s arrival in America. Organized by the Columbian Order, its members wanted to honor the country’s Italian American heritage. One hundred years later, President Benjamin Harrison proclaimed October 21, 1892, “Discovery Day,” recognizing Columbus as “the pioneer of progress and enlightenment.”

The Order of the Knights of Columbus urged President Franklin D. Roosevelt to proclaim October 12 as Columbus Day in 1937, but the second Monday in October officially became a federal holiday in 1971.

In 1900 and in 1915 the celebration of the American Indian Day was proposed, but it was not until the United Nations considered proclaiming the Day of the Indian People in 1977 that South Dakota celebrated Native American Day in 1982. In 1990, the International NGO Conference on Discrimination Against Indigenous Populations in the Americas, took the first steps to replace Columbus Day with the Day of the Indigenous Peoples. Four years later, the United Nations declared August 9 as the International Day of the World’s Indigenous Peoples. Coinciding with the 500th anniversary of Columbus’ arrival to the Americas, the city of Berkley officially celebrated the Day of the Indigenous Peoples; it was one of the first times that a public office denounced the homage to the man who had opened the doors to conquest, colonization, and assimilation of Native America.

Conquest entailed colonization, slavery and genocide, a part of the history of the continent that text books have hidden until very recently

As of today, 14 states and 130 municipalities in the United States do not celebrate Columbus Day or have replaced it with the Indigenous Peoples’ Day. South Dakota, home of the Sioux, was the first state to make this decision under the motto “we must all learn to survive together.” Governor George S. Mickelson proclaimed in 1989 that 1990 should become the Year of Reconciliation and the first Native American Day was celebrated at the Crazy Horse Memorial: “We can’t turn back the clock. We can only turn to the future together.”

Some states, including California, Ohio, and Maine, have proposed legislation to legally replace Columbus Day with Indigenous Peoples’ Day, but the measures have not yet been passed. Other states like Tennessee, Washington and Texas celebrate both days. Texas Governor Greg Abbott signed a resolution in June 2021 declaring the second Monday in October as Indigenous Peoples’ Day and the second week of October as Indigenous Peoples’ Week. Texas also has an American Indian Heritage Day, which is celebrated on the last Friday in September. Nevada Governor Steve Sisolak has declared September 23 as Native American Day in 2022. However, Columbus Day is still observed in Texas and Nevada.

At the local level, the city of Los Angeles approved canceling the celebration of Columbus Day in 2017 with Washington D.C. making the same decision in 2021. That same year, Joe Biden became the first president to officially proclaim the observance of Indigenous Peoples’ Day. In a separate proclamation on Columbus Day, Biden said that “we also acknowledge the painful history of wrongs and atrocities that many European explorers inflicted on Tribal Nations and Indigenous communities. It is a measure of our greatness as a Nation that we do not seek to bury these shameful episodes of our past — that we face them honestly, we bring them to the light, and we do all we can to address them.”

Convinced that he was setting foot in Asia, on October 12, 1492, Columbus landed on a small Caribbean island. Although he was not the first European to cross the Atlantic, his expedition marked the beginning of centuries of exploration and exploitation. Conquest entailed colonization, slavery and genocide, a part of the history of the continent that text books have hidden until very recently.

However, the most urgent problem is not the past, but the present and the future of the Native American nations. “The doctrine of discovery” continues to chain indigenous peoples to a past of oppression and continues to affect their identity and their cultural, political, and socioeconomic development. 500 years of doctrine compete against just a few decades of struggle for the rights of Native Americans. The Columbian fantasy continues to be counterproductive: Natives were called “Indians” by Columbus five hundred years ago and continue to be called “Indians” five centuries later.

“The logic of conquest” contains a wide range of inhuman values. Michele da Cuneo’s Letter on The Second Voyage of Discovery, written in 1495, is one of the first examples of the lack of humanity of the conquistadores: “When I was in the boat, I took a beautiful Cannibal girl and the admiral [Cristopher Columbus] gave her to me. Having her in my room and she being naked as is their custom, I began to want to amuse myself with her. Since I wanted to have my way with her and she was not willing, she worked me over so badly with her nails that I wished I had never begun. To get to the end of the story, seeing how things were going, I got a rope and tied her up so tightly that she made unheard of cries which you wouldn’t have believed. At the end, we got along so well that, let me tell you, it seemed she had studied at a school for whores.” In that occasion, Columbus ordered to seize some 1,600 Natives. In Cuneo’s words, “we loaded 650 of the best--both men and women--aboard those caravels on 17 February 1495. Regarding the rest, it was declared that whoever wanted some of them could take them as he wished, and so it was. When everyone was supplied, approximately 400 still remained who were permitted to go wherever they liked. Among those were many females with nursing infants, who, so as to better escape from us, fearing that we would return to take them, abandoned their children to their fate, leaving them on the ground and fleeing like desperate persons.” About 200 of those embarked to be sold in the Cadiz slave market died on the journey, and their bodies were thrown into the sea.

As Natives and Non-Natives, as men and women, as adults and minors and as human beings, we must condemn these events. Terra Trevor declared for Matador Network on September 28, 2020 that, “apart from the fact that I am of Cherokee, Delaware, and Seneca descent, I am also something else: I am a woman”: One more reason to oppose celebrating Columbus Day.

The commemoration of the doctrine of discovery feeds the imaginary of the colonial narrative. Exalting the conquest and the massacres that were consubstantial to it does not help heal the wounds. Commemorating Columbus Day is not the way to find solutions, it is not the way to generate social values on which to build coexistence among peoples, it is not the way to strengthen Native American societies that are still seriously affected by 500 years of genocide. Ceremonies are essential elements of the processes of social healing, but the celebration of Columbus Day simply entombs any option of amendment, reparation, and cure: It is a manifestation of the ability of the conqueror to glorify magnicide, a passionate exaltation of fanaticism and of everything that makes this world a less human and less inhabitable place.