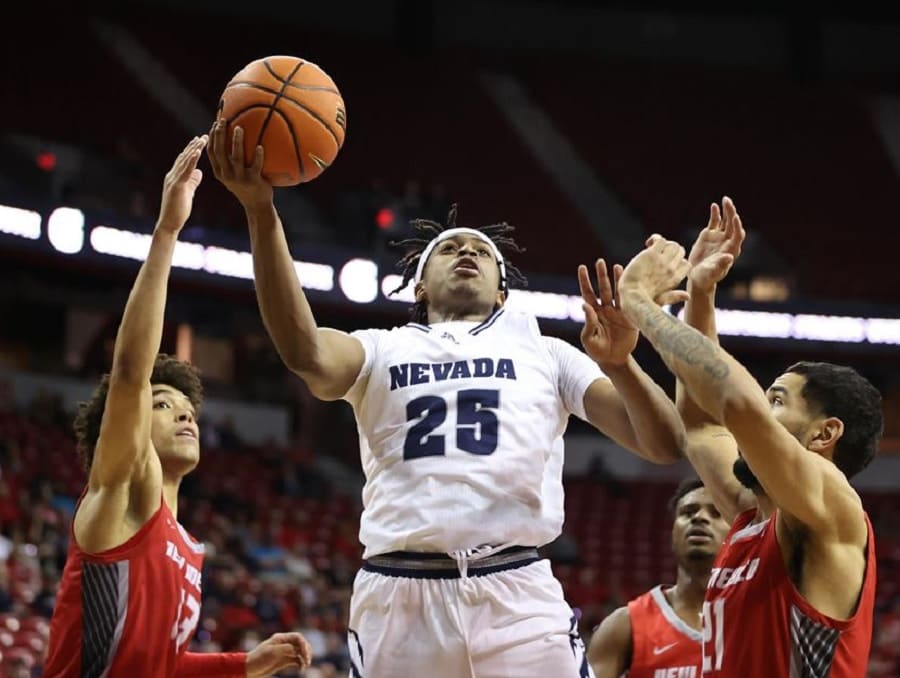 Despite missing three conference contests (Feb. 1-6) this season, Sherfield put up 17.7 points per game, ranking eighth in the conference in Mountain West-only games. His 6.60 assists per game ranked second, while his assist-to-turnover ratio of 2.36 was fourth-best.

Against conference competition, Sherfield scored in double figures in 13 of 14 games, with a 30-point effort (30 points vs. San Diego State, March 5), and five additional 20-point performances. He also posted two double-doubles, going for 10 points and 10 assists Jan. 1 against New Mexico, and 25 points and 10 assists Feb. 17 at San José State.

Cambridge Jr. was another of the conference's prolific scorers in 2021-22, ranking 11th with 15.5 points per game in Mountain West play. The redshirt senior finished third, in the regular season, in 3-pointers made (44) and 3-point field-goal percentage (36.4 percent), and was 12th in field-goal percentage (41.9 percent).

Defensively, Cambridge Jr. stepped up his game this season, leading the Pack in steals (31) and blocks (24) in Mountain West play, ranking second and third in those categories' respective conference lists.

Nevada (12-17, 6-12 MW) opens play at the 2022 Air Force Reserve Mountain West Championship in Wednesday's first round, taking on No. 9 New Mexico (13-18, 5-12 MW) at 11 a.m. The contest will be televised locally on Nevada Sports Net and livestreamed on the Mountain West Network, and available locally on the radio on ESPN 94.5 FM.