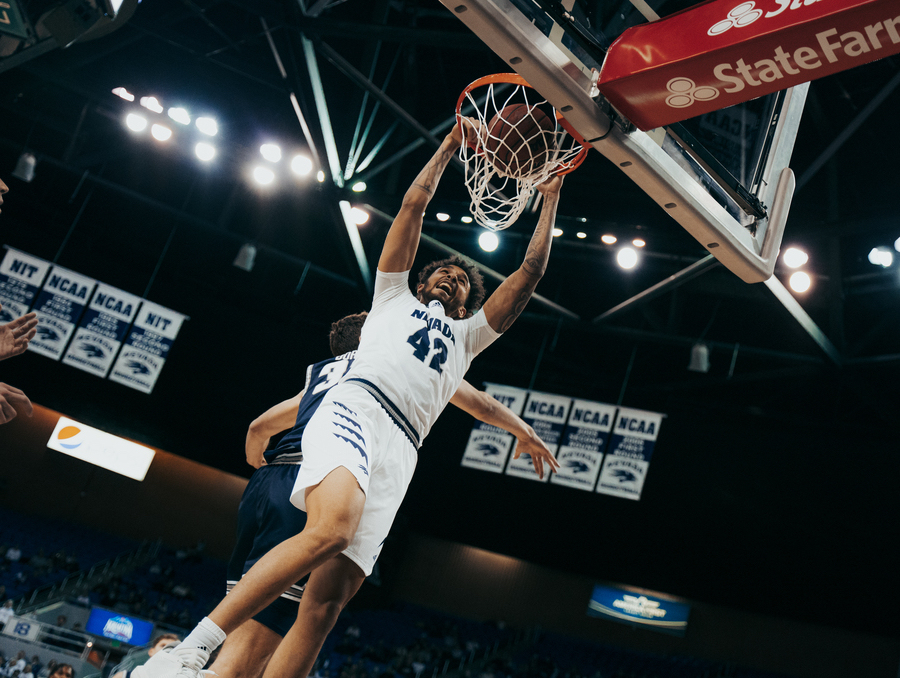 Nevada Men's Basketball's 2022-23 non-conference slate will include six home games at Lawlor Event Center, as well as a Thanksgiving Week trip to the Caribbean for the Cayman Islands Classic.

The Pack offers fans in Reno their first look at the 2022-23 squad with an Oct. 21 exhibition against Cal State East Bay at Lawlor Events Center.

The campaign officially tips off with a three-game home stand at Lawlor, beginning Monday, Nov. 7, against Utah Tech (formerly Dixie State) before leading off a Saturday men’s basketball-football doubleheader Saturday, Nov. 12. That day, the Pack will host Grand Canyon in the afternoon (tip time TBD) ahead of Nevada Football’s 7:30 p.m. kick against Boise State across the way at Mackay Stadium.

The home stand comes to a close two days later, as the Pack hosts William Jessup in a Monday night clash, Nov. 14.

Nevada then makes its first road trip of the season, making a stop in Texas to face UT Arlington Nov. 18, before heading to the Caribbean for the eight-team Cayman Islands Classic from Nov. 21-23. The Pack, winners of three-straight MTEs under Alford, including the Crossover Classic last year, goes for a fourth title in a row beginning Nov. 21 against Tulane. The field at the event includes two NCAA Tournament teams from a season ago in LSU and Akron, in addition to Kansas State, Rhode Island, Illinois State, and Western Kentucky.

Post-Thanksgiving, the Pack gets back into action Nov. 28, hosting Sam Houston State at Lawlor, before going on the road for three-straight: at LMU (Dec. 3), at Pepperdine (Dec. 6), and at Oregon (Dec. 10).

The 2022-23 Mountain West schedule will be announced at a later date.

The Pack returns six letterwinners in 2022-23, including starters Will Baker, the team's leading returning scorer and rebounder at 11.5 points and 4.9 rebounds per game while shooting 54.6 from the field and 39.4 percent from 3-point range, and guard Kenan Blackshear, who averaged 8.1 points while passing out 2.68 assists per contest.