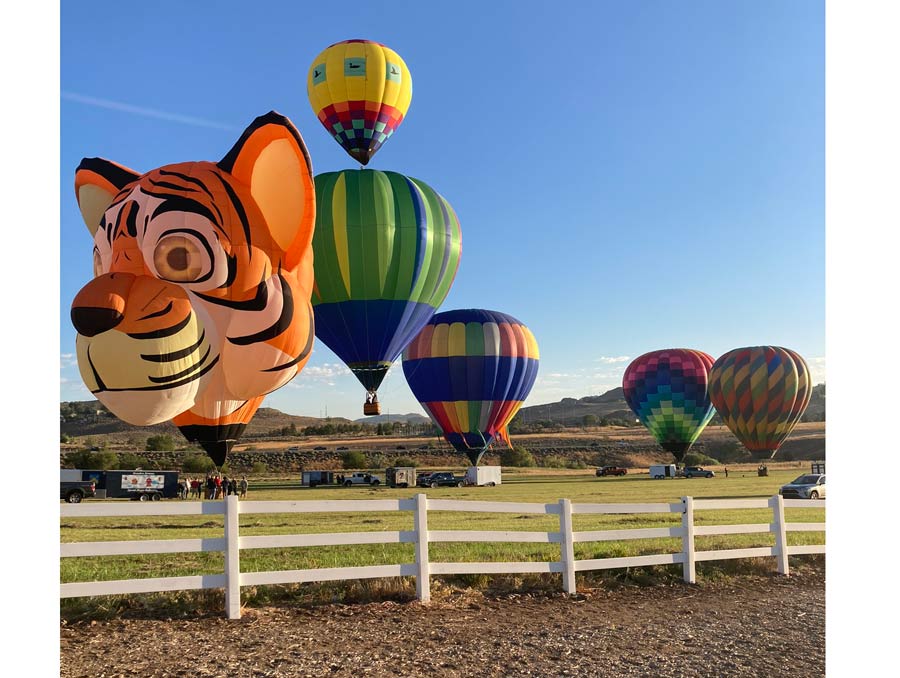 Each year as summer comes to a close, brightly colored hot air balloons ascend into Reno's skies from nearby Rancho San Rafael Park. Students, professors and staff pause to look up at the balloons dotting the sky as part of the annual Great Reno Balloon Race. But what makes them go up? Professor Pat Arnott studies atmospheric sciences in the Department of Physics and sheds some light on how the balloons work and what smoky skies mean for the ballooners.

Why does hot air rise?

Hot air rises because of gravity and the dependence of air density on temperature – hot air is less dense than cold air at the same pressure. Hot air responds to the buoyant force and floats upwards, Archimedes principle in action. The net effect is that the higher density, colder air urges the less dense warm air upwards.

Did you know? Max C. Fleischmann, for whom the Fleischmann Planetarium and the Fleischmann Agriculture building were named, was an avid ballooner. He won a hot air balloon race that took him from St. Louis to the coast of the Atlantic.

Do polluted skies make for a more difficult ascension?

Air temperature is coldest at the surface and strongly warms aloft during extreme air pollution trapping days in winter, making it so that balloons rise into increasingly warm air that suppresses their upward motion. The air pollution buildup is a consequence of meteorology rather than the cause of it. Smoky summer days are unpleasant for those of us who have to breathe for a living, but the balloon show must go on. There is a slight increase in the downwelling infrared radiation when a lot of smoke fills the atmosphere with the effect of perhaps slightly increasing overnight temperature. After sunrise smoke reduces the amount of downwelling solar radiation at the surface, slightly reducing the turbulent kinetic energy and wind speed, so balloonists may end up travelling through eerily stagnant air.

When is the best time of day to fly a hot air balloon?

It’s best to fly hot air balloons when it’s cold outside, and for spectators, when the glow from the fire that powers them can be seen against the dark sky before sunrise. The Super Glow Show at 5 a.m. and the Dawn Patrol at 5:30 a.m. at the Great Reno Balloon Races are spectacular to see for early risers that can make it to Rancho San Rafael Park by then.