As Veteran's Day approaches, University veterans reflect on service, studies and the future 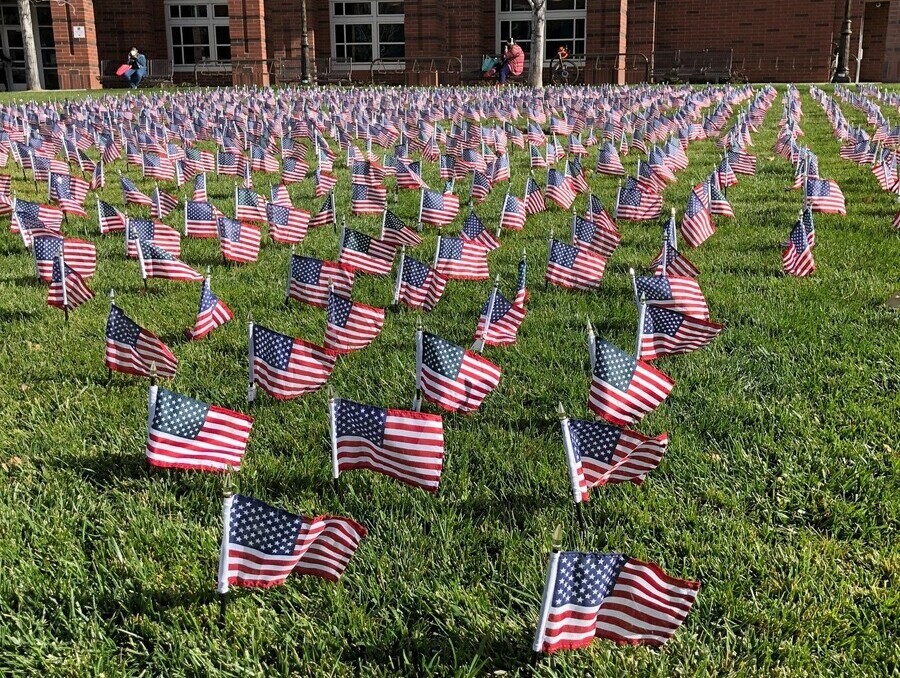 As Veteran's Day approaches, University veterans reflect on service, studies and the future

The University’s population of students who are also veterans is a diverse one, representing a broad cross-section of backgrounds, experiences and aspirations for the future.

Throughout this week, events have been held on campus to commemorate and honor the service of individuals who, if they do have a common place where their lives in military service do intersect, it is in the shared belief that all of their personal experiences are different.

Some, when asked, may wish to share the details of their service with others. Others may not. And that’s OK, said Daniel Fox, a 36-year-old business management major who served in the Navy as a mechanic on submarines from 2006-2012.

“My service was a little different than if I’d served in the Army or Marines and saw live combat,” Fox said. “It was a different experience, and I think I look at something like Veteran’s Day more as a reminder of what I was doing 10 years ago and how different things in my life have been since then.”

“On campus, we have about 1,000 military connected students,” Glenn-Cook says, noting that if faculty, staff or students with any questions or concerns should reach out directly to Veteran Services at veteranservices@unr.edu.  “The Veteran Services mission is to aid the transition of prior military members and their families into successful higher education endeavors. We are here to support the campus community.”

Fox, who is in his first semester at the University after earning his associate degree from Truckee Meadows Community College, said the Veteran and Military Center, which is located on the third floor of the Pennington Student Achievement Center, has been “awesome” as a place to meet fellow veterans and to make use of campus resources.

“I was worried about finding a place where I can still make calls while I’m at work,” said Fox, who not only is taking classes but working fulltime in sales for a heavy equipment company. “I checked out the Knowledge Center and a few other places on campus, but I didn’t want to bother people. I met (Veteran Service Coordinator) John (Pratt) and everything about the Center has been perfect. The people have all been so great.”

For Tristan Braum, a 25-year-old electrical engineering major who served in the Air Force from December 2015-June 2021, the fall semester has marked his return to the University. In 2014, he had enrolled at the University after graduating from Del Oro High School in Loomis, California.

Like many freshmen dealing with their first experience living away from home and the attendant pressures of their first semester on a college campus, Braum struggled with the adjustment to the University.

Braum made it through the first semester, but with low grades dropped out soon after. He eventually joined the Air Force. While serving, he maintained the highly complex avionics systems on C-130 airplanes. Braum was stationed in Abilene, Texas, where he met the young woman he would eventually marry.

“Overall, it was a good experience,” Braum said. “It was nice not having to worry about homework and tests. It helped teach me that as an adult, it was my responsibility to learn my job. It was nice to do what I wanted in my free time, and to live life and see some places I wouldn’t have otherwise seen.”

Then Braum added: “Now I’m back worrying about deadlines for class and studying.”

Although all veterans have had different experiences and view their studies at the University through varying personal prisms, there are some commonalities, said Eric James, the University’s Police Chief who served in the Marine Corps.

“Yes, one hundred percent, veteran students are different from others, as they have different experiences, sometimes worldwide from their peers, and they see the world through a completely different lens,” said James, who is part of the UNR Veterans Support Group, which is another avenue for veterans on campus to come together.

“I don’t know if it’s a good or bad thing, but I treat school as work,” Braum said of his straightforward approach to his studies.

“In the military there’s not an option for not getting something done,” Fox added. “I look at my schoolwork in the same way. This is what I’m here to do.”

Being highly aware of the unique nature of one’s experiences, not only as it related to any of their classmates, but in particular regarding if a person has served, is something that both Braum and Fox said was important to them.

“I feel like I generally knew how life works after I’d served,” Braum said. “But everyone is different. Everyone gets something different out of that time in their lives.”

Fox, who grew up in Chicago, said he has always by nature been a person who prefers to stay busy. He said his time in the Navy, when he looks back on it now, can often be through “rose-colored glasses where you remember all the good times.” Then, as a submariner who worked as a mechanic in a variety of roles, often sharing tight quarters with 110 or 120 others, “I think about how in 2011 I was 291 days out to sea. So you remember all of the experiences that went into it.”

With Veteran’s Day approaching on Thursday, James said it’s a time to remember the service and sacrifice that underpins the nation’s Nov. 11 observance. With it, he added, is the recognition that the nation has an all-volunteer military, and, “We are talking about less than 10 percent of all adults in the U.S. who ever serve,” James said.

In that small but important population are students at the University like Tristan Braum and Daniel Fox. Veterans whose personal stories remind us that for everything they have in common as veterans, there are so many important differences. Each has their own story to tell. Each has so much still to accomplish.

“I definitely got more out of my service than anything I could've ever expected,” Fox said.

Association of Public and Land-grant University announces 2022 Board of Directors, new Chair

University of Wisconsin-Madison Chancellor Rebecca Blank to serve as Chair, University of Nevada, Reno President Brian Sandoval selected to serve on Board

Clinical affiliation to create more access to care for Nevadans