Faces of the Pack: Stephan Nguyen brings passion for STEM into education 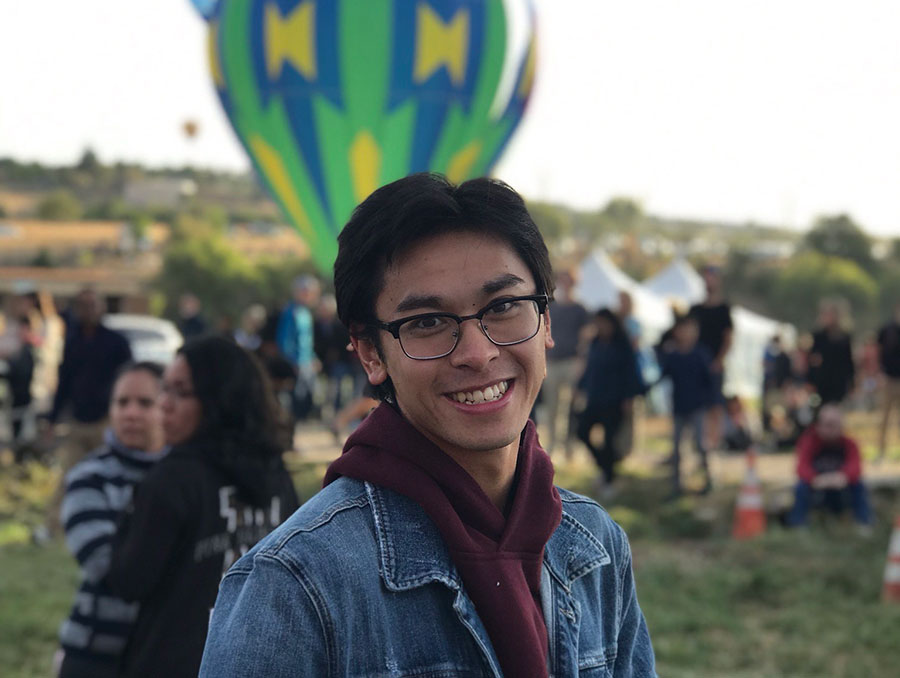 Faces of the Pack: Stephan Nguyen brings passion for STEM into education

Stephan Nguyen, an undergraduate student at the University of Nevada, Reno, switched his major 10 times. After a long period of exploration in STEM fields, Nguyen now has a double major in math and secondary education with a minor in psychology as a part of the NevadaTeach program.

“I switched my major on paper 10 times,” Nguyen said. “In reality, it was more like four and it all stayed within STEM. I switched primarily from being an undeclared student to engineering, to pre-med and then to math. A little bit of that was soul searching. A little bit of that was from my parents' expectations and what they were expecting of me. I also went to an engineering high school, so I felt obligated to do something in STEM.

Nguyen said when he started thinking of how he wanted to use his math degree after graduation, he started to look at education as a more social option to apply the math classes he enjoyed. Discovering that the first one-credit classes from NevadaTeach offered reimbursed tuition for passing the class, Nguyen entered the program, which focuses on creating graduates with a dual degree in a STEM field and secondary education.

My favorite part of college has probably been my involvement with NevadaTeach,” Nguyen said. “I found my home with NevadaTeach, just because it's a smaller program. It felt more like a community and the professors are really involved in your academic career. It's a good way to meet people and make friends, so I would say that joining NevadaTeach has definitely been the highlight of my undergrad.”

As a student who switched majors multiple times, Nguyen recommended that students focus on discovering a topic they truly care about instead of worrying about graduating in a certain timeline.

“See what you like and what you don't like,” Nguyen said. “My first semester of college was all STEM. I think that played a big part in me becoming a math major, but I wish I took more things like philosophy, political science, creative writing, ceramics, psychology and sociology. I wish I had a little bit more variety in my schedule that would have helped with my soul searching a little more.”

After graduation, Nguyen is planning to become a high school teacher. Currently working on student teaching in math, Nguyen wants to get a computer science endorsement as well. He credited the practical nature of those first few classes in the NevadaTeach program for helping him discover his passion to become an educator.

“I don't think I would've been so keen on teaching if I wasn't thrown into a classroom and forced to teach three lessons,” Nguyen said. “That's why I really liked the NevadaTeach program, because it let me be a little more experimental and put me out of my comfort zone.”