University of Nevada, Reno Shared History Program dives into the past and present history of black activism in northern Nevada 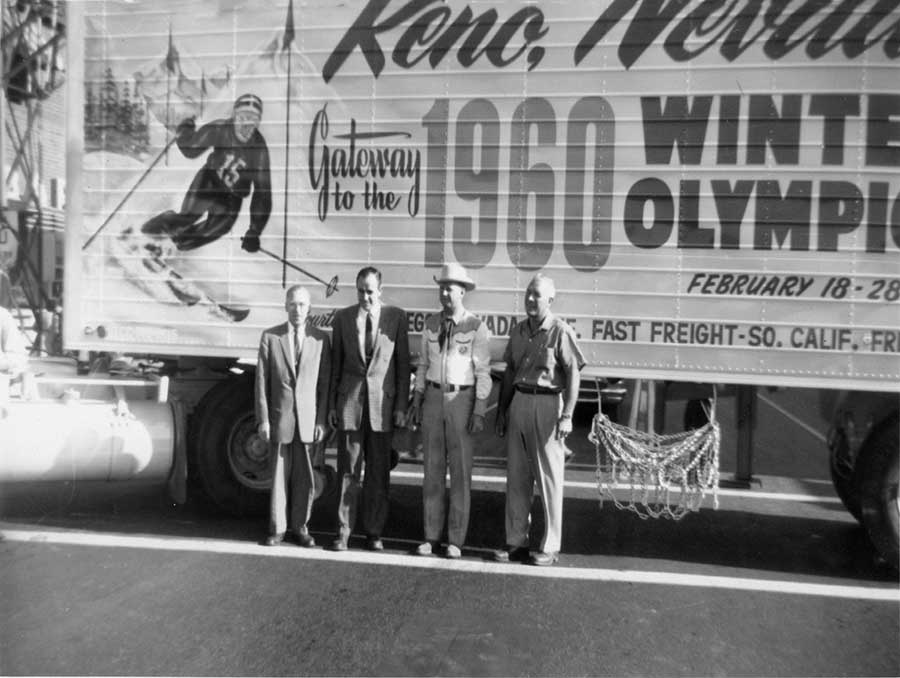 University of Nevada, Reno Shared History Program dives into the past and present history of black activism in northern Nevada

The University of Nevada, Reno Shared History Program has been busy focusing their research on projects inspired by last summer’s events with the Black Lives Matter movement and protests across the country. The projects in the works include interviews with local black muralists and artists, a digital or in-person exhibit showcasing the artists and their work across the city, and a two-part documentary series on the 1960 Squaw Valley Olympics titled “Three Weeks.”

Undergraduate student Nancy O’Connell was working on her research for a series of oral history projects on skiing in northern Nevada when the head of the Shared History Program, Christopher von Nagy, handed her a single post-it note with a call number on it directing her to the library. This is where O’Connell found a master’s thesis written by University alumna Geralda Miller titled “The Biggest Little Struggle: Black Activism in Reno, 1954 to 1965.”

“I open it up and I happened to open it to a page that says the 1960 Winter Olympics was the catalyst for the civil rights movement in Reno,” O’Connell said. “I sit down on the floor, pre-COVID of course, and two hours later I come back with this book in hand to Dr. von Nagy and I say ‘Houston, we’ve stumbled across something really big.’”

While the 1960 Olympic games were held in Olympic Valley, then known as Squaw Valley, Reno was the gateway city for travelers. The world had their eyes on Reno for the first time and city officials realized their laws permitting segregation and discrimination by race were about to be showcased globally. After many meetings between the governor and state officials, white-only signs on businesses and casinos were removed during the three weeks the games. The governor declared everyone, including people of color, must be allowed into all establishments.

“Businesses and casinos owners maintained that if they allowed people of color into their establishments, that their white patronage would leave,” O’Connell said. “There was a lot of paranoia among owners that if they opened their doors to everyone that people would abandon them. The Olympics proved that wasn’t going to happen. It should be noted, as stated in an oral history interview that I had with Geralda Miller, that after the Olympic flame went out, Reno went back to its Jim Crow ways.”

The first part of the documentary will showcase this part of Nevada’s history and the events that occurred during and after the Olympic games pertaining to the Civil Rights Movement. The second part of the documentary will feature interviews with individuals in northern Nevada now and their current experiences with discrimination in their everyday lives. O’Connell says she is making this documentary because she did not know this part of Nevada’s history and wants other Nevadan’s to know their history as well.

Exploring the more recent events in northern Nevada, the Shared History Program of the College of Liberal Arts is in the middle of creating a digital exhibit, and potentially an in-person exhibit as well, of local black artists and muralists in our region and how their art promotes diversity in the city. Sara Garey-Sage, a doctoral student in the Department of History, decided to focus on these artists and art movements in Nevada after the Black Lives Matter protest that occurred in downtown Reno.

The program interviewed local muralist Joe C. Rock who was hired by the City of Reno to create a commissioned piece on the plywood boarding the broken windows of City Hall after the riots last summer. While Rock was only asked four questions, the interview lasted almost three hours as he discussed his experience growing up in Reno, becoming a self-taught artist, and the challenges he has experienced in his life due to the color of his skin.

The most distressing part of his story, von Nagy shared, was when Rock was working on the City Hall mural late into the night. He encountered an uncomfortable situation with a bystander which resulted in the police being called on him that night. Rock describes the situation and how it directly pertains to the very events in which he was painting a mural for.

Students have also been able to interview Rafael Blanco, the artist most recently known for his diversity mural at the University on the side of the Sierra Hall dormitory. While many interviews have already been conducted with local artists, folks involved with the Shared History Program project also plan to interview community members and business leaders in Reno to see how they view the murals spread across the downtown area. Students hope to bring awareness to the diversity in the community and how currently this diversity is being showcased in art around the city.

While these projects are still in progress, the Shared History Program is working hard to uncover and showcase the past and present issues of race in northern Nevada.