Rich led the team in points, goals, and assists during the year as a Freshman 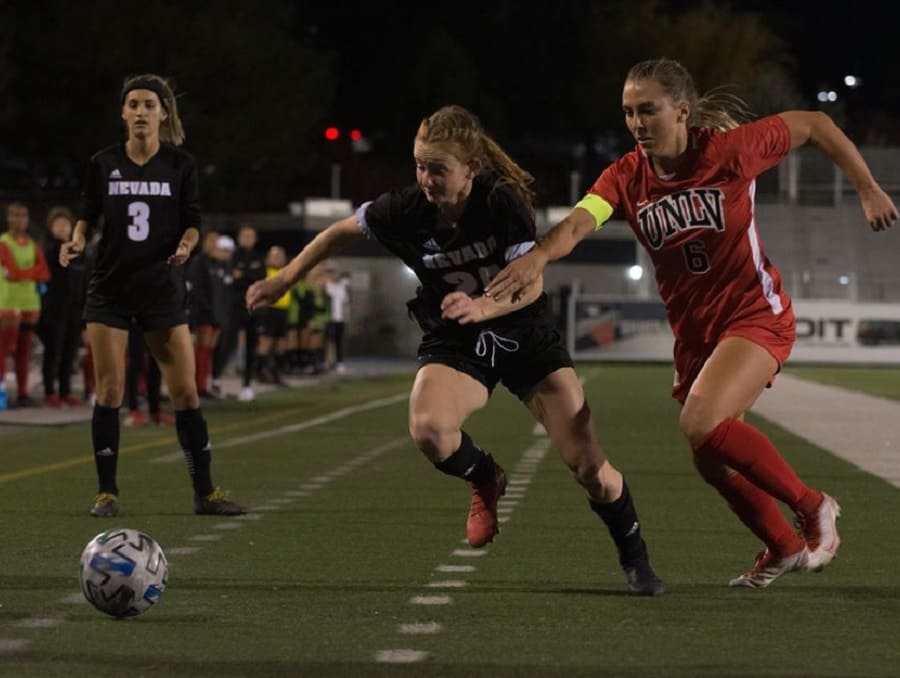 Rich led the team in points, goals, and assists during the year as a Freshman

Leading your team in statistical categories is bound to get recognition, and the Mountain West did just that by putting freshman Emily Rich on the conference All-Newcomer Team.

The freshman out of Coarsegold, Calif. had an impressive rookie campaign with the Nevada soccer team. Rich led the team in points, goals, and assists during the year. She would finish the season with four goals, four assists, and 12 points. Rich played in 17 out of 18 games on the year, and also totaled 16 shots and two game-winners.

As mentioned, Rich helped the Pack win two of their conference games over the season. The first goals came against Air Force, where the freshman scored two goals in the Pack's 2-0 win. The next one was against the San Jose Spartans, where Rich scored a goal with four minutes left in the game to help the Pack win 2-1. Her fourth goal came against New Mexico, tying the Lobos with 15 minutes of the game. The Pack would tie that contest 1-1.

Rich also earned two achievements during the year. Both for her performances against the Air Force Falcons and New Mexico Lobos. The first being MW Offensive Player of the Week and the other being Nevada Student-Athlete of the Week.

The Nevada soccer team concluded the season with four wins and two ties in conference play. This season being their best conference performance since joining the MW. Rich and the team will look to keep this momentum up in 2022.