The Mountain West released its 2021-22 men's basketball schedule Friday, as the slate returns to its 18-game format 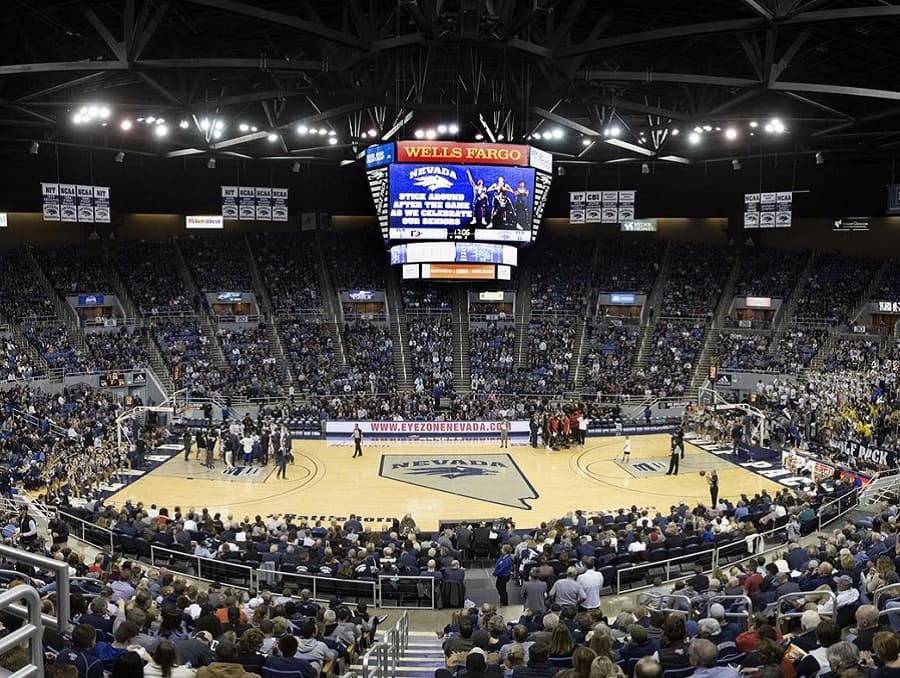 The Mountain West released its 2021-22 men's basketball schedule Friday, as the slate returns to its 18-game format

With the conference schedule returning to its traditional look after a 20-game slate in 2020-21, Nevada will play home-and-homes with eight schools, while playing one opponent at home only (New Mexico), and one on the road only (Air Force).

Dates on the 2021-22 Mountain West men's basketball schedule are subject to change, and tip times have not yet been set, as the conference TV partners will make their game selections at a later date.

Season tickets are scheduled to go on sale to the general public in August, however Wolf Pack fans can place a deposit now to hold a spot for select-a-seat online. Nevada's 2021-22 Mountain West slate tips off Tuesday, Dec. 28 at San José State, before the Wolf Pack hosts two in a row at Lawlor Events Center, beginning with its only regular-season meeting with New Mexico (Jan. 1) followed by a contest against Wyoming (Jan. 4).

Sherfield, who was named All-District by the USBWA and NABC as well as to the All-Mountain West First Team, finished the season with team-best figures of 18.6 points, 6.08 assists, and 1.62 steals per game. The Wichita State transfer made a significant impact in his debut season with the Pack, and established himself as one of the top point guards in the nation, leading the Mountain West in assists and steals, and ranking second in scoring and assist-to-turnover ratio (2.51). He showed a flair for the dramatic, as well, hitting three game-winning shots in the final seconds for Nevada during the season.

Cambridge, Jr. also earned all-district recognition from the NABC, finishing the season with 16.3 points per game and a team-best 69 3-pointers, ranking fifth and third, respectively, in those categories among Mountain West players.