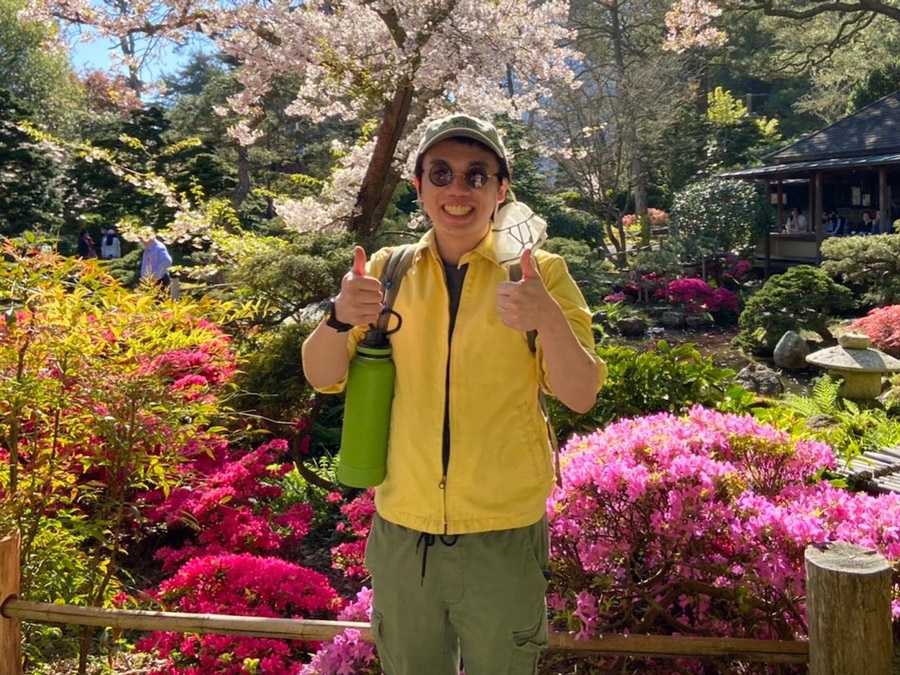 Our July member highlight is one of our alumnus staff members, Josh Chang! Josh has been working at the Innevation Center for 3 years and just spent a month completing an amazing mural in the Makerspace. Josh has spent his time at the Innevation Center providing skilled input and knowledge to help our members with their projects. He graduated from the University of Nevada, Reno this spring semester with a degree in electrical engineering and is now working on murals and commissions throughout the city of Reno. This October, Josh will start work on a mural at the University’s Joe Crowley Student Union.

While Josh officially started studying art in high school, he has been interested in art since the third grade, when his older brother gave him his first art lesson on how to crosshatch and draw apples. Josh worked solely on cross-hatching and apples for 2 years before his brother gave him his second art lesson, and he’s loved art ever since! Josh’s favorite part of creating art is moving an idea from just a concept into a physical form, translating his own vision or the vision of a customer into a tangible piece of artwork. He notes that “almost as important as the idea itself is communicating it, and art is one of the best ways to do that.”

For the mural he completed in the Makerspace, Josh took inspiration from the years he spent working there, highlighting each unique factor of the space and emphasizing the importance of the Makerspace and the value it brings to the community. In the future, Josh would like to move from completing murals to working on larger gallery pieces, with a special emphasis on advancing Asian-American art. Asian-American artists are largely underrepresented in the United States, and Josh would like to see Asian-American art featured in prominent institutions and taking up more space in the mainstream art world.