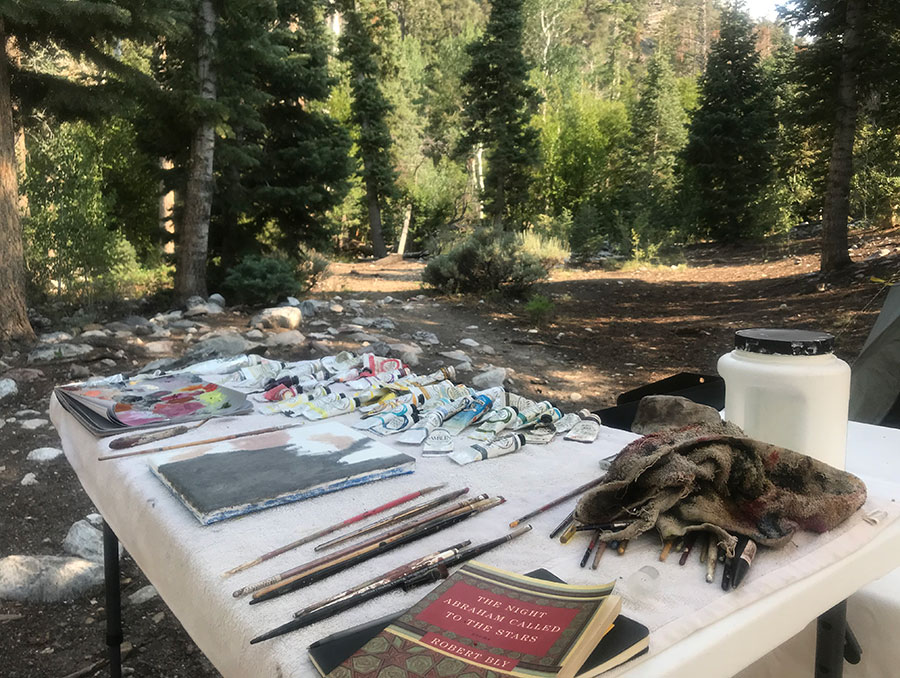 The School of the Arts at the University of Nevada, Reno and the Great Basin National Park Foundation recently hosted local Reno artist, Austin Pratt, as the inaugural artist-in-residence. Pratt completed a three-week camping residency inside Great Basin National Park this summer. The rugged and remote environment, along with dedicated time, offered the artist a reprieve from typical daily life while providing inspiration for creative work.

Pratt was provided with a campsite and all the necessary supplies to enjoy the trip to the park, which is located in eastern Nevada near the Utah border. He was surrounded by the natural beauty of the park from the 13,063-foot summit of Wheeler Peak to the depths of Lehman Caves.

Although the artist made significant groundwork in a collection intended for a future exhibition, he was met with challenges along the way. From breaking down in his 1986 Volvo station wagon on the way to the park, to being stuck in a torrential downpour, Pratt said he welcomed the challenges and remoteness none-the-less. 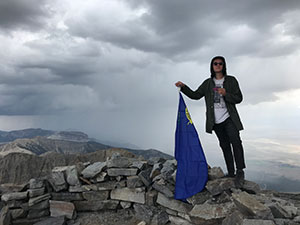 Pratt spent most of his days painting, hiking or engaging with park rangers. He even ventured to climb Wheeler Peak. Along his adventures, Pratt took pictures of the park environment on his phone and then spent time at the makeshift artist studio in his campsite developing artwork.

“These sources, textures or colors from the natural world became jumping off points for my work which often exists as a kind of fragmented organic abstraction,” Pratt said.

Some of that inspiration came from a group of wild turkeys that often greeted Pratt each morning in his campsite. 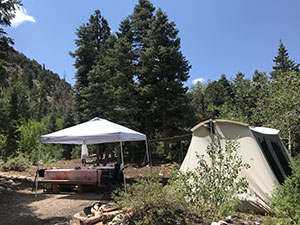 “I think these paintings in the park have a particular kind of energy that may lend itself to new work,” Pratt said.

In addition to drawing and painting, Pratt developed a public programming event during his residency. After attending the park’s weekly astronomy talk, Pratt said he fell in love with the outdoor setting the astronomy amphitheater provided. This led him to develop an artist talk in the space directly before the scheduled astronomy program. Pratt said he was able to engage with nearly 60 members from the public on his artist methodologies, how he was spending his time in the park and what he was currently working on.

Pratt was thankful for the opportunity of creativity and solitude the artist-in-residence program provided him, as well as the new friendships made. Pratt quickly befriended a retired Stanford professor, and current park foundation board member, Kenji Hakuta, who was also camping during Pratt’s stay. The duo hiked together and spent time exploring archaeology and cultural sites.

“It was a great time and location to reflect on time, space, life and love,” Pratt said.

Pratt also became engaged to his partner during the last week of his stay.

More information on Pratt’s work can be found on the artist’s website.