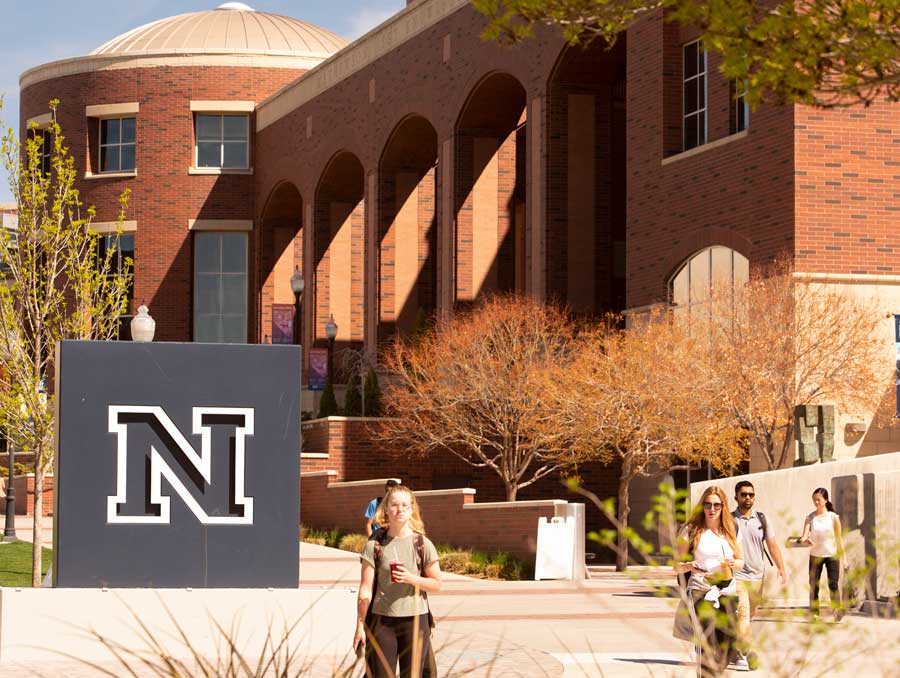 The Guinn Center, a nonpartisan research and policy center which joined the University in July 2021, recently announced that Founding Executive Director Nancy Brune will be leaving the center for a new professional opportunity.

Brune, who has led the center since 2013 and will remain affiliated as a Senior Fellow, will be succeeded by Dale Erquiaga, a former State Superintendent of Public Instruction for the Nevada Department of Education.

“Dr. Brune’s work in leading the Guinn Center has profoundly impacted how policy is implemented in our state and our region, across a broad spectrum of areas from fiscal policy, education, health, social policy, energy, governance and much more,” said Jeff Thompson, Executive Vice President and Provost of the University of Nevada, Reno. “She was able to also steward the Guinn Center through a key period of transition which has seen this trusted policy resource become a valued part of the University of Nevada, Reno community. The Guinn Center has long had as one of its principal goals to contribute to the intellectual resources of our state, and Dr. Brune’s tenure as director has certainly made this goal a reality.

“In Dale Erquiaga, the Guinn Center will have a respected and experienced leader whose career has always been about ensuring that the lives of all Nevadans are made better through sound policy decisions. He has a wealth of experience in a variety of key areas that will serve the Guinn Center well.”

“Dr. Brune has done an outstanding job building a credible research organization, governed by a non-partisan statewide board, that focuses on the many policy issues affecting Nevada,” Guinn Center Board Chair Phil Satre, who also served as founding board chair from 2013-18, said. ”Dale Erquiaga, with his extensive national networks, will help broaden the Guinn Center’s impact.”

Erquiaga is a graduate of the University of Nevada, Reno who holds a master’s degree in leadership from Grand Canyon University. He served as the state’s 27th Superintendent of the Department of Education from 2013-2015. He was the Chief Strategy Officer for the Office of the Nevada Governor from 2015-2016. In addition, Erquiaga was also the Executive Director for Government Affairs, Public Policy and Strategic Planning for the Clark County School District and served as the Director of the Nevada Department of Museums, Library and Arts. Most recently, he was the President and Chief Executive Officer of Communities in Schools National in Washington, D.C.

For the first time in the nearly 30 years of Winter Commencement, two ceremonies were held